Is the Black Canary immune to sonic screams?

DC's Black Canary is known to have mastered several forms of hand-to-hand combat skills. However, her sonic scream (or Canary cry) is what she is famously known for. Her sonic screams allow her to severely damage both organic and inorganic materials.

So, is the Black Canary immune to her own sonic screams?

BONUS QUESTION: If yes, does her immunity extend to other sonic screams too? (from other metahumans like her or alternate versions of her)

Depends on what writers need.

Yes, it's dull, but it varies with continuities. (for battle action at least, since obviously she screams a lot but isn't deaf 24/7)

In the current continuity, she's indeed auto-immune, as proven by Green Arrow Annual #1 (released January 2018). People go brain-dead walking towards the same direction, nobody is responding, and Black Canary is the only one unaffected, which makes her think it's got something to do with her hearing immunity. 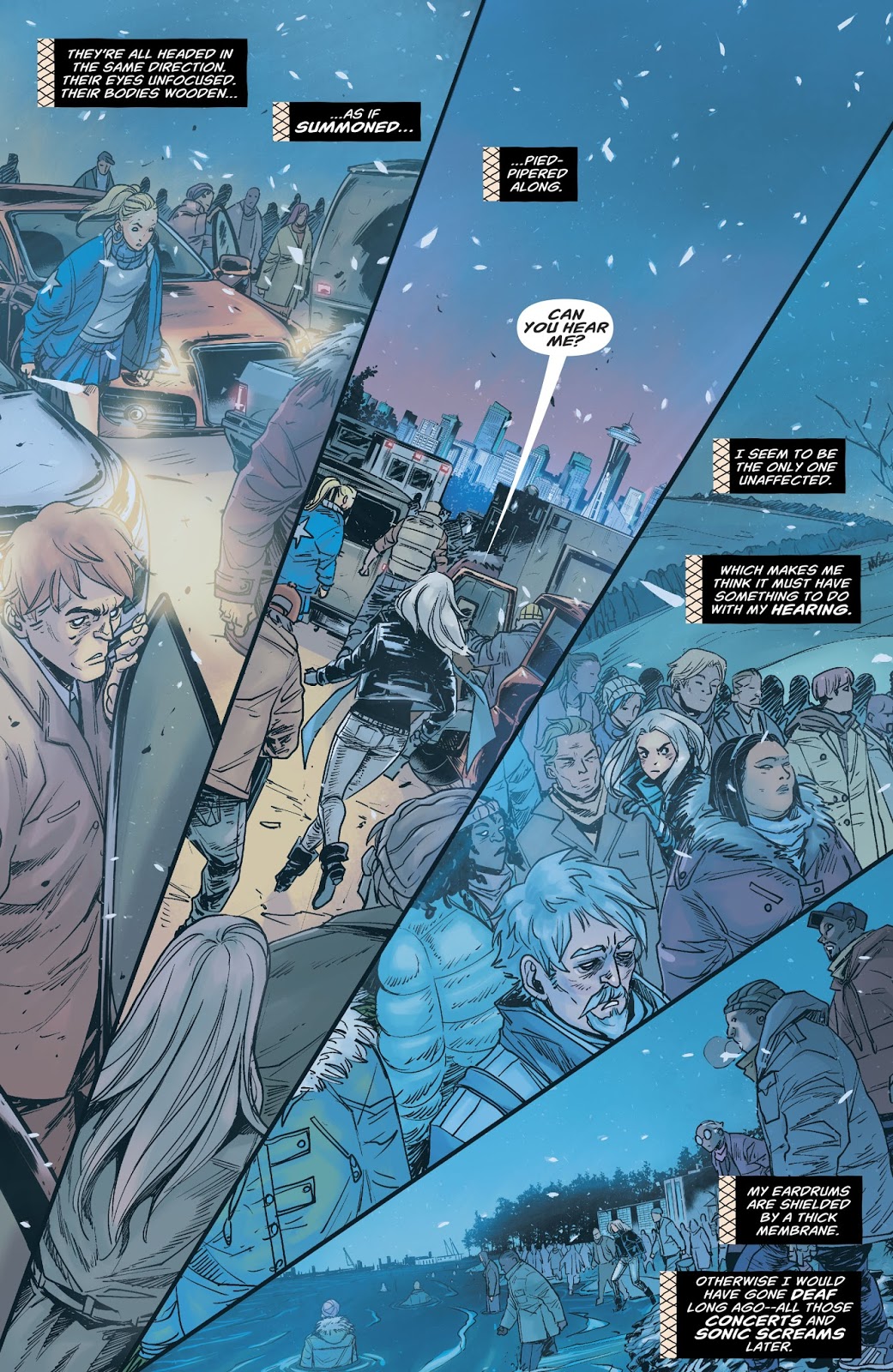 Black Canary is immune to her own screams, and loud noises such as concerts, thanks to a thick membrane in her ears, shielding her eardrums. By immune, I mean both "not going deaf" and "not being mind-controlled by villain using soundwaves". 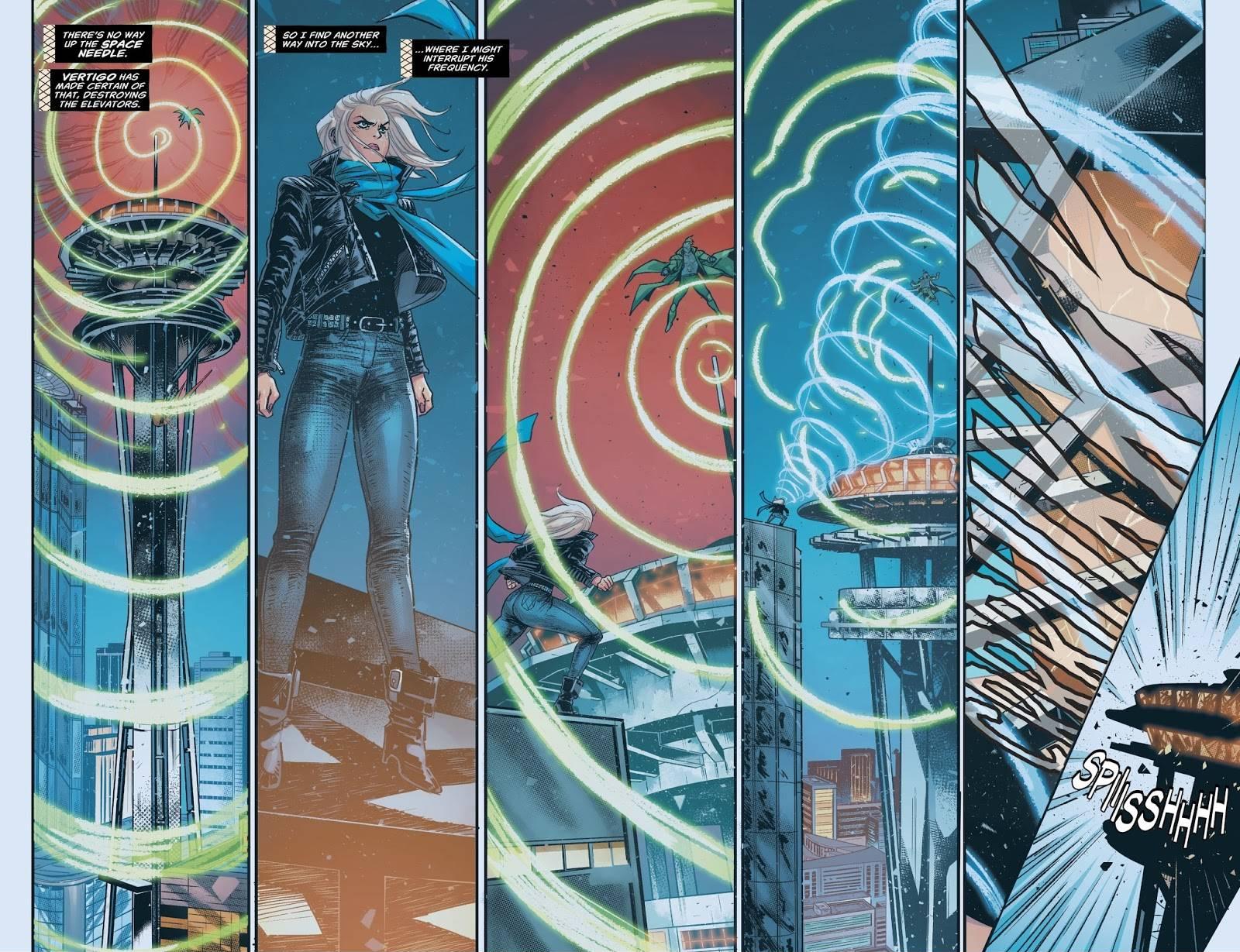 Since she says "his frequency" (Vertigo's frequency), I think it's reasonable to think the two of them do operate on different frequencies, hence confirming that she's immune to other frequencies than her own.

However, that used not to be the case.

The comic Green Arrow/Black Canary #20 (2009) features Sean Sonus, a man Dinah accidentally rendered deaf years ago. He eventually engineers a device allowing him to hear again (by transmitting audio information directly into his brain). However, he's still bitter, and becomes Discord, using this same (sound-based) device to deafen everyone in the city. 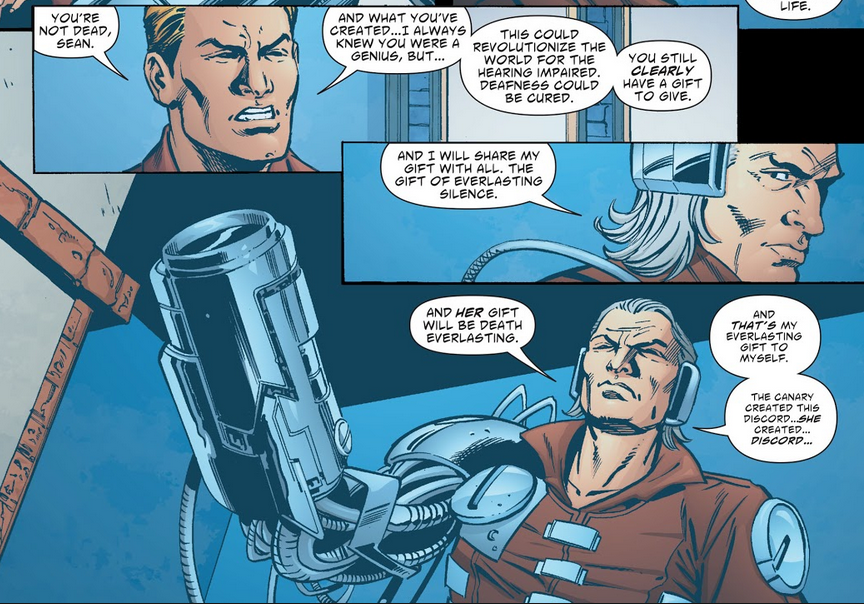 Both Green Arrow, Black Canary and the counsellor they were meeting suddenly cannot hear each other. They first wonder if everyone else became mute, but Green Arrow smashing a glass proves them they're deaf, Black Canary included. It's then plausible that Canary did not have shielding-membrane protection in this continuity. 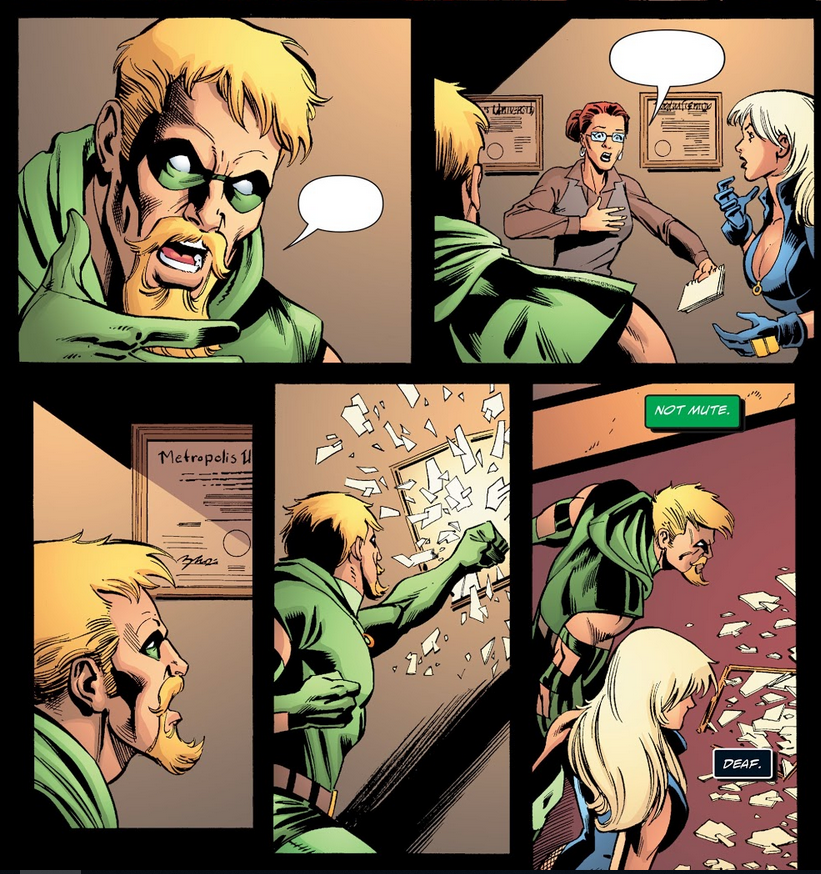 Side note, there have been at least two other instances of Black Canary being faced with "sound manipulation" villains:

72
How does Superman shave?
9
X-Men who died because of their powers

47
What is the significance of Tales of the Black Freighter?
6
Is Superman Immune to His Own Special Abilities?
3
Is Superman immune to narcotics?
2
How does Superman avoid deafening everyone with his sonic booms?
2
Is DC's The Creeper's yellow skin and green hair a reference to the "Canary Girls" of World War I?
7
Is there a way to relate each of the characters in Moore's Watchmen to the inset "Tales of the Black Freighter"?
4
Where did the sonic device originate?
14
Did Black Lightning choose his superhero name based on his race?
7
Is Captain America immune to electric shocks?