Did Professor Xavier ever show regret for altering Spider-Man’s memories?

In Secret Wars #3, Professor Xavier modifies Spider-Man’s memories because he overheard plans the X-Men had made to leave the group of heroes. 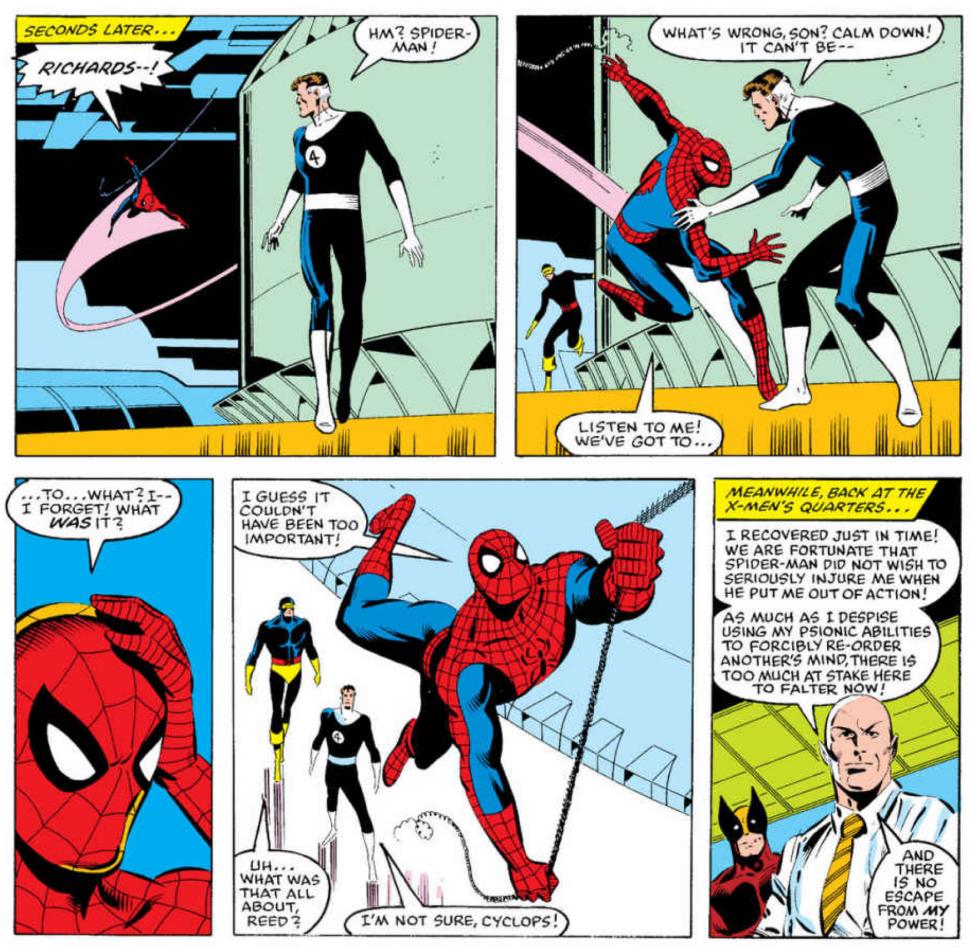 In issue #4, Professor Xavier tells Magneto that what he did was a crime and that he will “long regret that decision” (and that he was no better than Hitler).

Outside of Secret Wars, has Professor Xavier ever shown regret for this action? Has he ever talked about it, thought about it, or was otherwise been influenced by the memory of this situation?

No. In the following issues of X-Men, there does not appear to be any mention of this minor incident, no regrets from Xavier here.

I have not read all X-Men related comic-books since the publishing of Secret Wars #3 but I have read all Uncanny X-Men books published during the 1980 decade and this episode was never mentioned.

It made sense because:

Not the answer you're looking for? Browse other questions tagged marvel comics x-men spider-man secret-wars or ask your own question.