What are the oldest and youngest works referenced by James Halliday in Ready Player One?

In Ready Player One, James Halliday has riddled the Oasis in general and the quest specifically with references to things he enjoyed in his youth in the '80s. Music, such as 2112. Films, such as War Games. Games, such as Joust.

What is the oldest piece of real life, 20th century pop culture referenced by James Halliday? And what is the most recent one (20th or possibly 21st century)?

This can be a part of a challenge, or something else created by James Halliday and inserted in the Oasis, that reflects a person, group, organisation, work, object, or anything else that exists or has existed in real life.
This assumes more or less that the timeline as presented in Ready Player One is equal to the real world timeline up until present day (technically until the date of publication).

I'm interested primarily in the book. Answers based on the film should mention that they are.

The museum’s bottom level, located in the planet core, was a spherical room containing a shrine to the very first videogame, Tennis for Two, invented by William Higinbotham in 1958. The game ran on an ancient analog computer and was played on a tiny oscilloscope screen about five inches in diameter. Next to it was a replica of an ancient PDP-1 computer running a copy of Spacewar!, the second videogame ever made, created by a bunch of students at MIT in 1962.

Depending on whether you count it as "works", we also have a famous event 1922 that was featured in many popular culture works and culture overall:

During our World History lesson that morning, Mr. Avenovich loaded up a stand-alone simulation so that our class could witness the discovery of King Tut’s tomb by archaeologists in Egypt in AD 1922. (The day before, we’d visited the same spot in 1334 BC and had seen Tutankhamen’s empire in all its glory.)

Just for completeness, I'll have to steal JohnP's answer of 2008 Indiana Jones and the Kingdom of the Crystal Skull; in my defense, his answer borrowed that factoid from someone else, I assume a commenter.

The latest work was (indirectly kinda) 2011 audiobook of Ready Player One itself, narrated by Will Wheaton.

From this article, here's the two superimposed images: 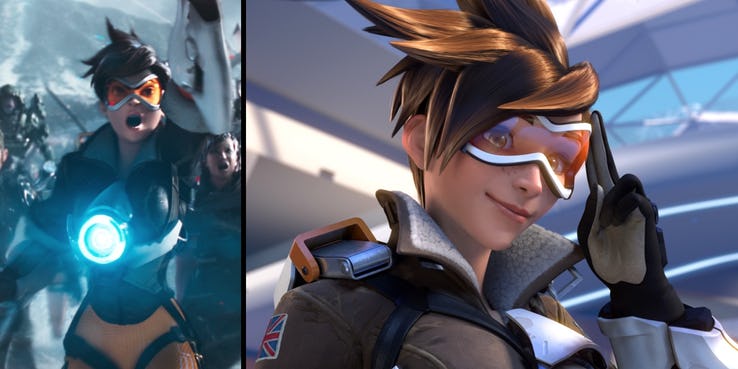 During the final third of the film, we discover the fate of the OASIS depends on your dexterity with an Atari 2600. If you pick the wrong game, into the ice you go, which feels like it could be a nod to the “banishment” seen in The Dark Knight Rises (2012), as Spielberg is a vocal admirer of Christopher Nolan and those Batman movies

As this is earlier than Overwatch, doesn't really matter, but still too cool to avoid mentioning.

Note: The below answers are from the book.

Captain Crunch Bosun's Whistle - Mid 1960's - The discovery of the whistle tone is attributed to John Draper (aka Cap'n Crunch) an early phone phreaker/hacker. It is a whistle that emitted a tone of 2600 Hz that enabled free phone calls at the time, which was included in boxes of Cap'n Crunch cereal. There is no more precise date than mid to late 1960's. 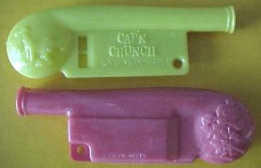 Supporting quote (Clue for the second/Jade key, written by Halliday):

One entire cupboard what crammed with boxes of vintage breakfast cereals, most of which had been discontinued before I'd been born. Fruit Loops, Honeycombs, Lucky Charms, Count Chocula, Quisp, Frosted Flakes. And hidden way at the back was a lone box of Cap'n Crunch. Printed clearly on the front of it were the words "Free toy whistle inside!"

The captain conceals the Jade Key

Honorable mention: The planet Chthonia (Created by Halliday), which could go all the way back to Greek Mythos, but possibly also from the Chthonian creatures created by Brian Lumley in the Cthulhu mythos, short story titled "Cement Surroundings", 1969.

Indiana Jones and the Crystal Skull movie, release date May 20, 2008.

I devoured each of what Halliday referred to as “The Holy Trilogies”: Star Wars (original and prequel trilogies, in that order), Lord of the Rings, The Matrix, Mad Max, Back to the Future, and Indiana Jones. (Halliday once said that he preferred to pretend the other Indiana Jones films, from Kingdom of the Crystal Skull onward, didn’t exist. I tended to agree.)

Final note: There are older references (Such as Galileo and Shakespeare) that are directly referenced by Halliday, but the OP wanted it limited to 20th/21st century artifacts.

Not the answer you're looking for? Browse other questions tagged ready-player-one or ask your own question.