Why do Turanga Leela and her family put their surname first?

What I know already:

Some cultures put the surname last, others put it first.

What I want to know is, do we know specifically why the Turanga family puts the surname first? Has it ever been stated in an episode, or through some official channel, what culture they come from that would lead them to do this (Hungary? India?)? or is there some other reason - the mutants do this, for instance?

In-universe: We donÂ´t know/Out of universe answer: to match the title of a symphonie

We don't know which culture Leela's family belong to or if all mutants use family names first.

However one Easter egg hidden in Futurama is the naming of Turanga Leela after the TurangalĂ®la-Symphonie, a large-scale piece of orchestral music by Olivier Messiaen.

The author derived the title from two Sanskrit words, turanga and lĂ®la, which roughly translate into English as "love song and hymn of joy, time, movement, rhythm, life, and death"and described the joy of TurangalĂ®la as "superhuman, overflowing, dazzling and abandoned". This last description applies to some aspects of Leela's character.

There is a canon reference for this out of universe answer since Leela has a copy of this piece in her appartment. 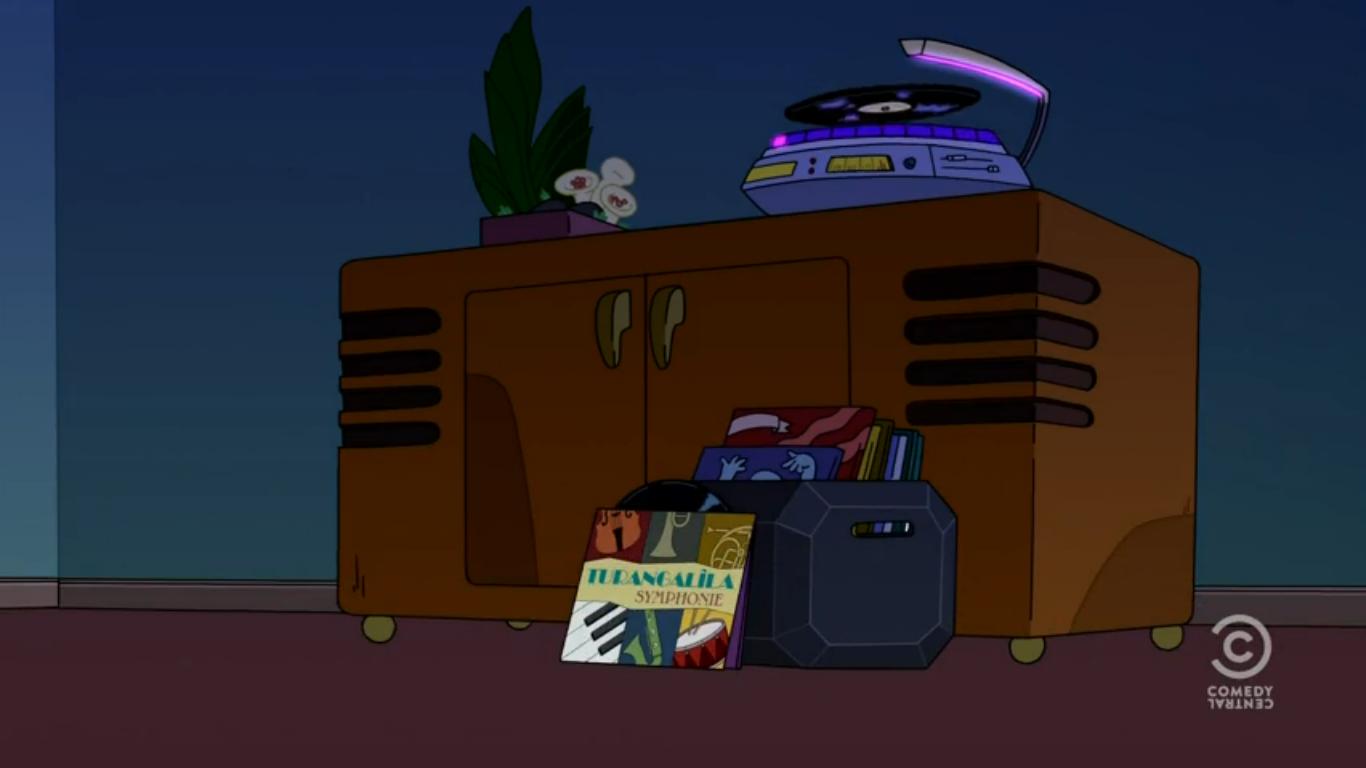 (/speculation begins) The lĂ®la Sanskrit word sounds much more like a given name, it seems the authors went with that and, to leave her name like the title of the symphonie, put her family name first. (/end speculation)

9
Why didn't Zoidberg die after having sex with the professor when Fry and Leela were in their bodies?