Is the mainstream Marvel universe still referred to as Earth-616 after Secret Wars (2015)?

As described in How many Marvel Earths (Universes) are there?, there used to be lots of Marvel universes, but Secret Wars combined them all into one (aside from the cinematic universes, which were untouched and are largely ignored by the comics). From KutuluMike's answer:

Technically, as of right now, there are very few Marvel universes. The recently released Secret Wars (the 2015 one, not to be confused with the one from 1984) event has effectively erased all numbered comic-book universes from existence, leaving only Battleworld. Once that event series is over, in theory there will only be 1 comics universe.

Is this singular remaining comics universe (the new "mainstream" universe) still referred to as Earth-616, despite being the only-ish universe still around? Or is that designation no longer used and it's called something else?

However, several books have continued as if most of the multiverse was still intact. Shortly after Secret Wars, we had the Spider-Women crossover, running through Spider-Woman, Spider-Gwen, and Silk. Spider-Gwen and Spider-Man: Renew Your Vows clearly take place in alternate universes.

In the Spider-Women crossover event, the main Marvel U was still referred to as Earth-616: 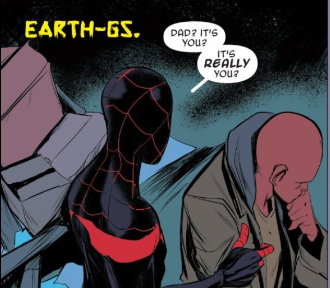 Earth-8 (home of one Amazing Spider-Ham, at least): 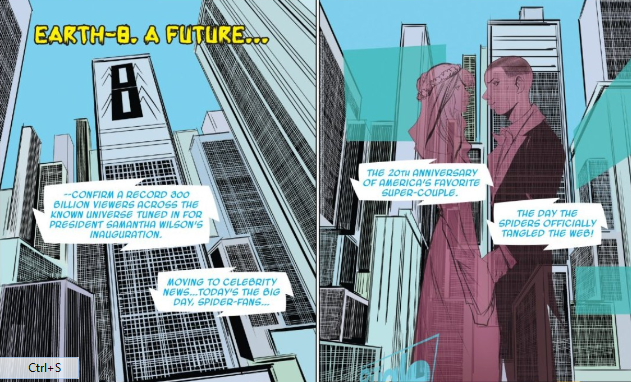 And what was formerly called Earth-616:

In fact, in the latest issue of Spider-Gwen (30), it's implied that Earth-65's Gwen met what's apparently the Earth-616 Gwen prior to her death, causing the "creation" of an Earth-617: 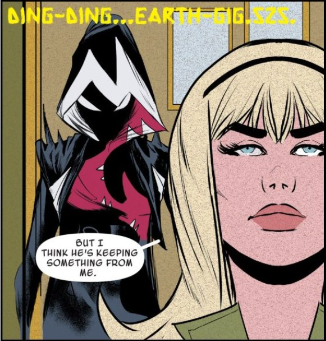 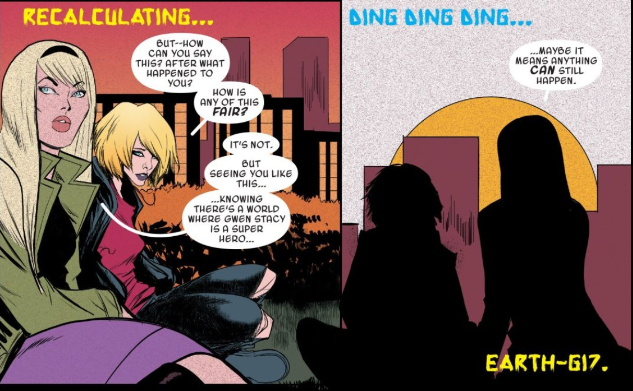 Based on the "Formerly Known as" crack, I don't think there's a clear way to refer to the "prime" version of the Marvel U yet. I believe that Spider-Gwen is the main title dealing with the multiverse at this point, and (as you can see) that team doesn't use a new reference for the main Marvel U.

Not the answer you're looking for? Browse other questions tagged marvel comics secret-wars-2015 or ask your own question.

23
How many Marvel Earths (Universes) are there?

31
Who invented the Marvel Multiverse numbering system?
23
How many Marvel Earths (Universes) are there?
3
Could "Old Man Logan" be used in the Marvel Cinematic Universe?
2
Which continuity does the 2015 Amazing Spider-Man comic take part in?
6
Did every Marvel Universe title reset numbering after Secret Wars?
9
How do they name Marvel Earths (Universes)?
33
Are the edges of Captain America’s shield blunted or sharp?
15
How does the *in-universe* Marvel Comics handle sensitive information like secret identities?
5
Do the Star Wars Marvel Comics have their own universe designation?