The main characters were a brother and sister, and they were on the run in a future earth that had been burned to a desert. There were classes of enhanced humans with various abilities (like shooting laser-like blasts out of their hands). My memory is that the girl had powers all along, but the boy's powers were only revealed at the end?

This sounds like Brother To Demons, Brother To Gods by Jack Williamson from 1979… this is what the cover on my paperback copy looks like: 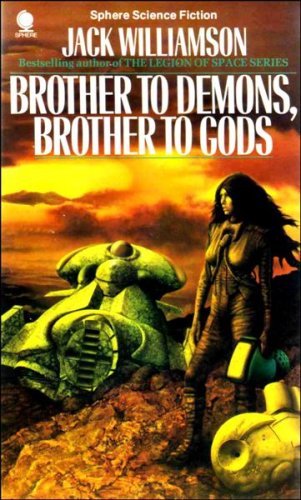 A range of genetically altered human types are recast as God's and demi-gods and demon like soldiers (mutant guardians)… basic human stock is considered primitive and are labeled "premen".

The premen are kept on the a reservation and basically in the last stages of going extinct and are at the very bottom of a caste like structure.

The rise of the Gods by genetic manipulation in an ancient past is revealed through out the book, from the original Huxley Smithwick and his scientists to their first success who became the "Creators".

In the journey they encounter old labs, secret bases and "a botched god" called Pipkin.

The books ends with the revelation