Looking for info on a book I found as a kid. It was a scifi anthology from the 70s-80s. I remember a story about a space war and time dilation, with the main character coming back to find a note from his lover in an old archive and waiting for her return. Another story used eagle and deer metaphors, and another was about a man returning to a post-war home and finding out the woman he was speaking with was an alien. She gives him a cat - he thinks it's a real cat, but it's a robot. Help?

Edit: Cat story is "Precious Artifact" and probably not in the book I read. I've read other Philip K. Dick anthologies and am probably misremembering where that specific story came from.

Other two have been ID'd as "Time Deer" and probably "End Game." Still looking for which book they're both in. For backstory, I found the book in a box in a cave in 2003-04 and had it confiscated by a parent shortly thereafter. Visited the cave again a few days ago and started wondering if I could find another copy of the book! 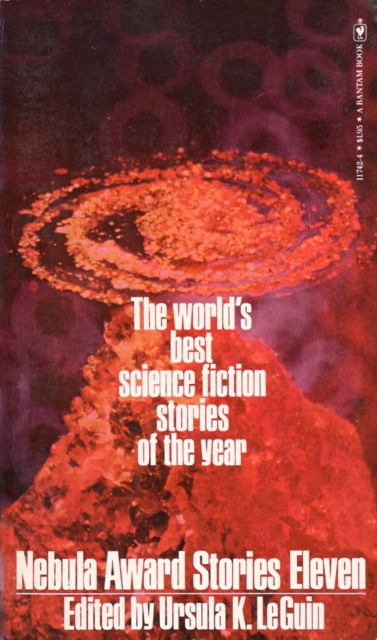 This assumes that the PK Dick story is no longer in play.

Milt Biskle has just completed his lonely job of terraforming Mars for Terran settlement. [...] Later, Biskle is explaining that his purpose on Earth is to prove that humans have lost the war with Proxima and have been enslaved. [...] Mary confesses that his suspicions are correct and that no other Terran survived. He should not worry because the human legacy will live on. The Proxima can interbreed with humans. He asks to go back to Mars and Mary allows this [...] Biskle collects a kitten. [...] It is revealed that each human engineer that survived the war is sustained by one precious memory of Earth, collected during a similar trip. For Biskle it is the kitten.

In the end, it is shown that the cat is not real.

Based on comments by JRE and Joelogon, I'm guessing that the first story, "about a space war and time dilation", is "End Game", a novelette by Joe Haldeman, one of the shorter works on which his novel The Forever War is based.

The second story, with "eagle and deer metaphors", seems to be "Time Deer", a short story by Craig Strete, which was published in Worlds of If, November–December 1974, available at the Internet Archive.

An elderly Native American man scheduled to put into a nursing home by his son takes some time to commune with nature.

But the deer could not leave. She went a little distance and then turned and came back. And the old man was moved because he knew the deer had come back because the boy knew how to look at the deer.

And the boy was happy because the deer chose to favor him. And he saw the deer for what she was. Great and golden and quick in her beauty.

And the deer knew that the boy thought her beautiful. For it was the purpose of the deer in this world on that morning to be beautiful for a young boy to look at.

The old man had taken liberties in his life. He'd had things to remember and things he wanted to forget. Twice he had married.

The first time. He hated the first time. He’d been blinded by her looks and his hands had got the better of him. He had not known his own heart and not knowing, he had let his body decide. It was something he would always regret.

That summer he was an eagle. Free. Mating in the air. Never touching down. Never looking back. That summer. His hands that touched her were wings. And he flew and the feathers covered the scars that grew where their bodies had touched.

He was of the air and she was of the earth. She muddied his dreams. She had woman's body but lacked woman's spirit. A star is a stone to the blind. She saw him through crippled eyes. $he possessed. He shared. There was no life between them. He saw the stars and counted them one by one into her hand, that gift that all lovers share. She saw stones. And she turned away.

He was free because he needed. She was a prisoner because she wanted. One day she was gone. And he folded his wings and the earth came rushing at him and he was an old man with a small son. And he lived in a cage and was three years dead. And his son was a small hope that melted. He was his mother's son. He could see that in his son's eyes. It was something the old man would always regret.

But the deer, the young boy, these were things he would never regret.

The third story has been identified by SJuan76 as "Precious Artifact", a short story by Philip K. Dick, originally published in Galaxy Magazine, October 1964, available at the Internet Archive.

Not the answer you're looking for? Browse other questions tagged story-identification short-stories books or ask your own question.

9
Philip K Dick story with subterranean humans and healthier humans above the ground level
14
Old (1950s? maybe 1960s) space adventure for boys anthology
7
Anthology for children; contains story about friendly Martian on postapocalyptic Earth
8
Anthology, been searching for for decades
5
Looking for Scifi Short Story in a Jerry Pournelle edited Anthology
8
Short story about England right after nuclear war
11
Looking for a horror story about a man pursued by a reflection in the mirror
30
Looking for Sci-fi Short Story - Aliens observe a planet where machines continue a war after the people are dead