At the end of Star Wars Rebels, how could these characters survive?

In the last episode of Star Wars Rebels "Family Reunion - and Farewell: Part II" we see that:

Ezra fights his way to Thrawn, and reveals that he arranged Mart to call the purrgil, who arrives and destroys Thrawn's fleet. The purrgil then grab Thrawn's flagship and ready to drag it to hyperspace. Despite pleas from his friends, they have to be convinced that they are defeated for good, and they jump away. 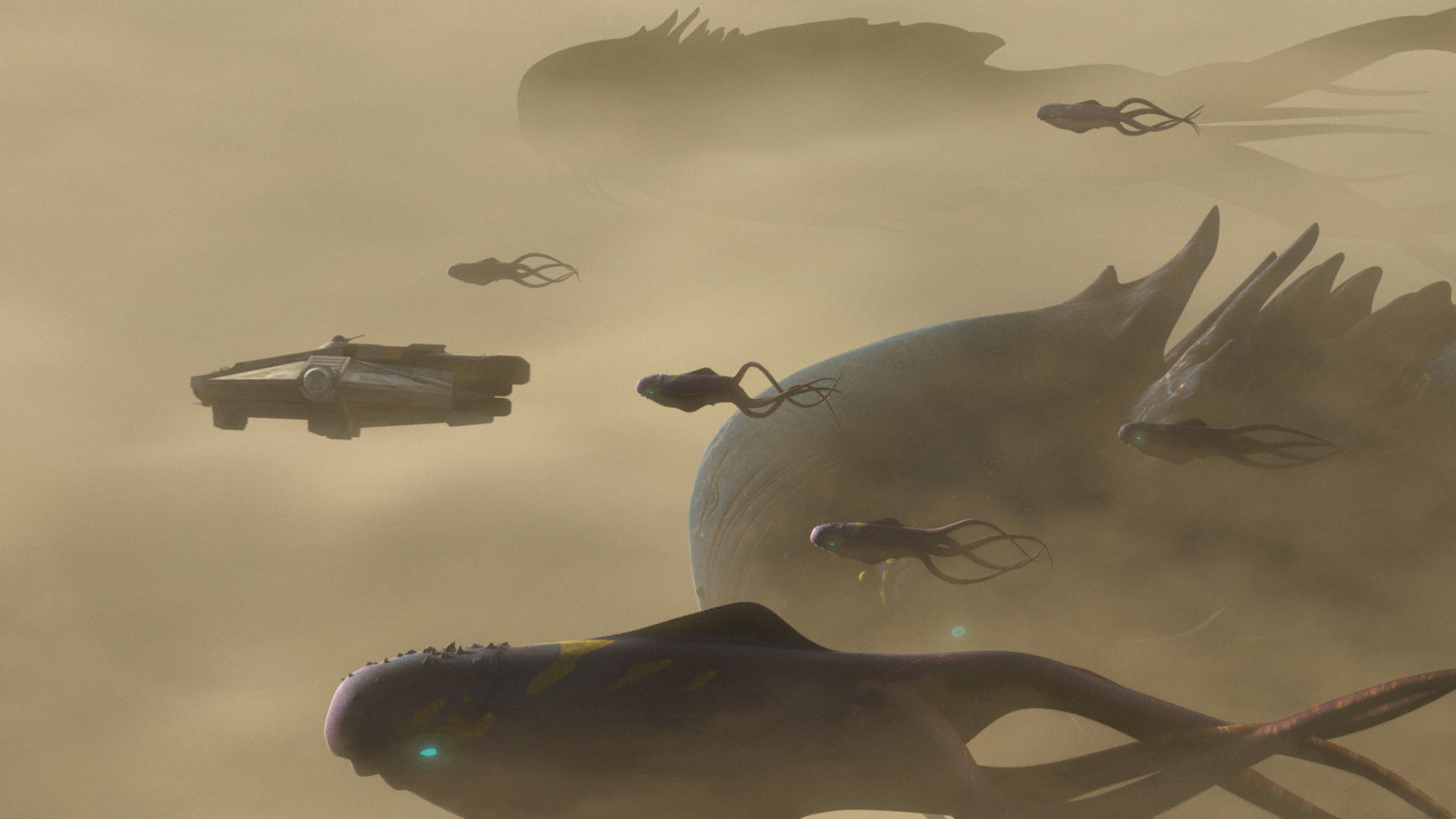 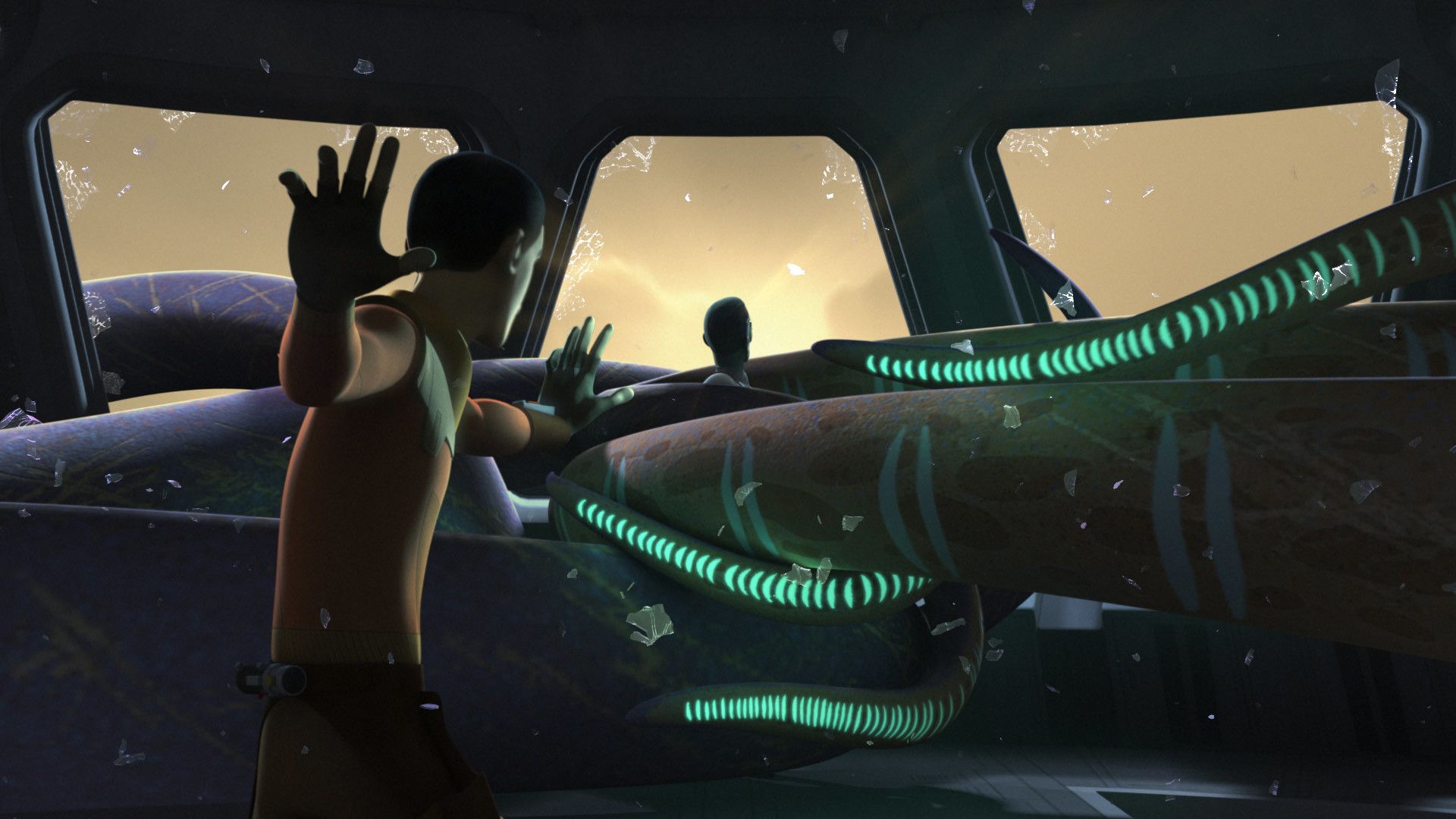 flee into space in light speed.

As a result, when the ship enters space (and hyper space), how could the people on board survive?

This isn't just shown in The Last Jedi with Leia's Spacewalk, but we also have plenty of older examples where brief exposure to a vacuum really isn't that big of a deal.

Putting aside the question of whether or not either of them survived (which I feel was intentionally left open to interpretation), they might have done so simply by making their way to an emergency cabinet of breath masks and survive that way.

Most precedent for this is from Empire Strikes Back, which doesn't just introduce the breath masks but also introduces us to the Mynocks and Exogorth, who both live in the vacuum of space. Of course I'm not implying that any of the characters in your spoiler block are actually silicon based, but it's clearly less of a big deal to be exposed to a vacuum in the Star Wars universe. 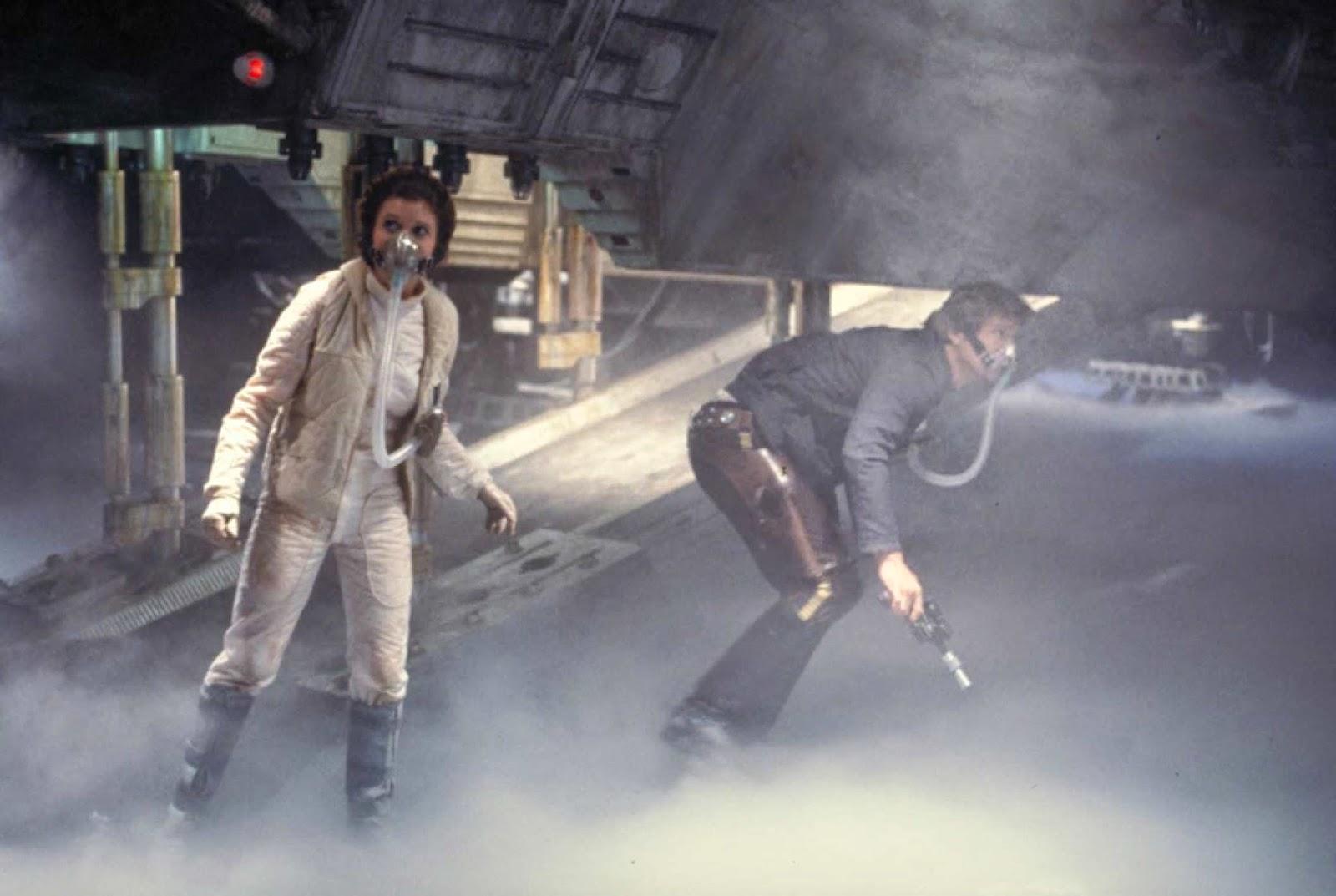 Once the immediate concern of oxygen is taken care of and the ships exit hyperspace they could go for a 'controlled landing' on the nearest planet with an atmosphere and await rescue.

Alternatively they could also have been rescued by the Purrgils, because who truly knows what a space whale is thinking?

We know that they somehow survive in vacuum of open space. Arguably, they are not only ones that could do that - Exogorths, Mynocks and Leia are also capable of this. They could also somehow process Clouzon-36 and use it as a fuel for hyperspace jumps. Their organic "hyperspace drives" and "navigational equipment" are also more advanced then those on ships in SW universe, since they could travel to Unknown Regions unaccessible to other sentient species, and even carry heavy load there. They are also so powerful it is trifle for them to destroy Imperial fleet full of Star Destroyers. Finally, they could probably communicate trough force at long distances, since Ezra summoned them somehow to help him in his fight.

Using godlike creatures to resolve seemingly unsolvable problem is an old plot device, and never considered to be much good, but there you have it . If Purrgils could disable SD and carry it to hyperspace, who could say that they do not create protective Force bubble around it to save Thrawn and Ezra ?