Since when are away missions filmed?

In the TNG Season 4 episode "Identity Crisis", La Forge is in a race against time to figure out why he and some former crew mates from the USS Victory are changing into

The suspicion is that they came into contact with something on the planet Tarchannen III some years prior during an away mission. La Forge conveniently spends a lot of time studying footage from the away mission, which was taken by one of the other officers using a GoPro-style head mounted camera: 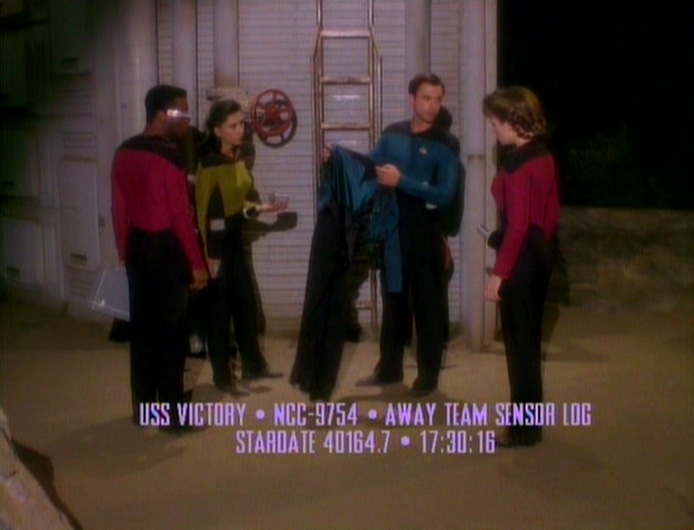 The needs of plot aside...

Have we seen this before? At what point did it become (or cease to become) standard procedure to film away missions?

Does it have to do with the nature of the mission (which was to investigate the mysterious disappearance of individuals stationed on the planet)? What is the general protocol regarding visual records of away missions?

In Heart of Glory, they live stream Geordi's visor to the bridge view screen, so the bridge can view what the away team are seeing.

In Time Squared, Geordi is able to retrieve and replay video logs of a shuttle.

6
Why there has been no mobile visual transmission device (remote camera to the bridge) with the away team in Star Trek series?

20
Why do bridge non-Captain officers commonly go on away missions?
30
Why do they always say, “Set phasers to stun” when arming up for an away mission?
5
How many Federation starships are at any one point involved in exploration missions like the Enterprise?
27
Has Starfleet ever sent ships on extra-galactic missions?
12
Why does Janeway go on so many away missions?
10
Since when is Riker “the best pilot there is”?
8
Since when are Geordi's parents both Starfleet officers?