Animated show with character who has a stone that summons creatures

I’ve been trying to remember a show for a while and I just can’t think of the name. Unfortunately I don't remember enough to find it through Google searches, so hopefully someone knows which show I'm thinking of.

I remember the main character is a young blond boy who goes to school in, if I remember correctly, an European country. He finds a stone(?) that his father hid in their house that can summon creatures/monsters. There are people who want the stone and use other stones to summon creatures to attack him.

He ends up joining with a girl, that is his age and if I remember correctly, goes to the same school, and a man who teaches him. The man has a stone that can summon a creature named Caliban. That’s all I can remember, other than that, I think there might have another female character with long black hair who I think might have been bad then switched sides and her name I think started with a Z.

Does anyone happen to know what cartoon I'm thinking of?

The blonde guy, Lok, goes to school in Italy.

He's in his house with his friend Sophie (the girl on the left), who breaks a jar, which contained Lok's father's amulet and diary. You can watch that scene in the following video:

Well technically he knew Sophie, his classmate, a little bit before that. He finds Dante Vale (the adult man in the picture above), who is a Seeker. Seekers can summon creatures known as the Titans, and Dante particularly can summon Caliban, as he does later in the same episode (see video below). Dante being an experienced Seeker, he has the "guide" role for the two teenagers.

Here's a picture of Caliban, in case the previous video does not play: 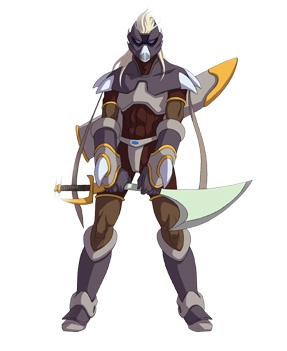 As to how I found that, my browser history displays the following results (and a typo):

I remember that at the time I first wrote this answer, the tv show "caliban" summon query returned the cartoon's opening on YouTube. As of now, the first page of results for this same query return a link to the show's wikia, a TVTrope link and this very post.

10
Anime with a boy hiring a creature from a stone, meets a man named Dante and starts a journey to collect crystals
8
Cartoon in a world with magic stones wielded by four children which combine to become stronger, and can summon creatures
6
Fantasy cartoon show aired in India around 2005-12; main character searches for his father. Involved magic rings
4
Animated TV show where a boy summons a forbidden monster. His friends (a boy and a girl) can also summon creatures
7
Cartoon series with teens and adults summoning monsters, involved five temples in Atlantis
4
An anime with necklaces with crystals to summon monsters
1
cartoon or anime where there was a kid with a magic stone that could summon a magical creature

7
Book about a tongueless teenager who might be an alien
5
3D animated show with a magic wristwatch that spawns lamp posts
7
Fantasy anime with blond male who lives with his female senpai
10
Anime with a boy hiring a creature from a stone, meets a man named Dante and starts a journey to collect crystals
4
Cartoon about a girl and her friends and two teams
6
Japanese animated movie where a plague that turns people into stone spreads across the Earth
6
Cartoon: spaceship carrying a life-giving crystal crashes on an ocean world, shadowy evil tries to capture it