Do the Infinity Stones have unlimited power?

The infinity stones are extremely powerful in each of their respective specialties, but is there a limit to the amount of power contained within?

Assuming a stone isn't destroyed (if that itself is even possible), does the power of an infinity stone ever run out?

The first thing about the infinity stones is that they are present in across the Marvel multiverse and they do not always appear to be the same. For example, the Earth-4290001, they are the faces of a cube (see below) that makes up the most powerful item in that universe. 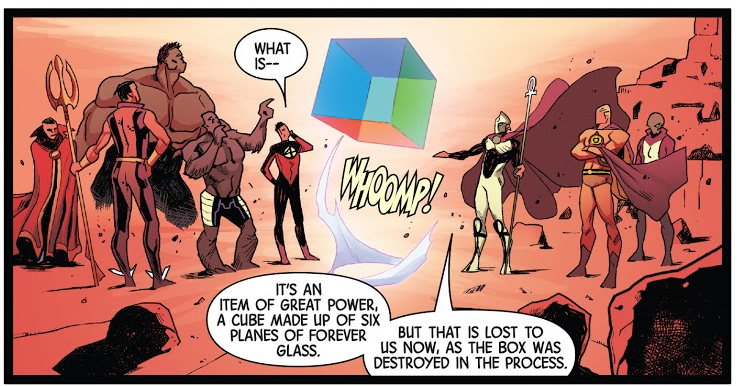 Answering the first part of your question: Weaknesses/limitations of the stones. The stones are useful only from the universe in which they originate. This was shown in the DC-Marvel crossover universe (i.e. Earth-7642 of Marvel or Crossover-Earth of DC). Here, Darkseid procures the infinity gems and the gauntlet only to find that it is useless in his universe (see image below). 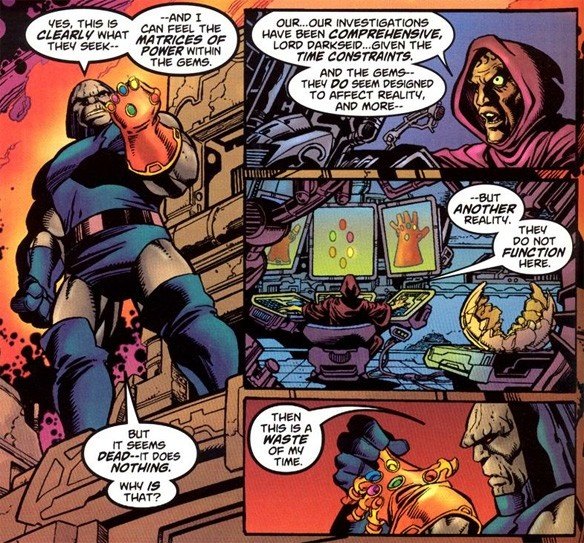 The stones have been destroyed in the past (so they are quite vulnerable). In the New Avengers Vol.3 Issue # 3, Captain America is able to destroy the infinity stones. This is just one of the instances that I know of where the stones were destroyed. 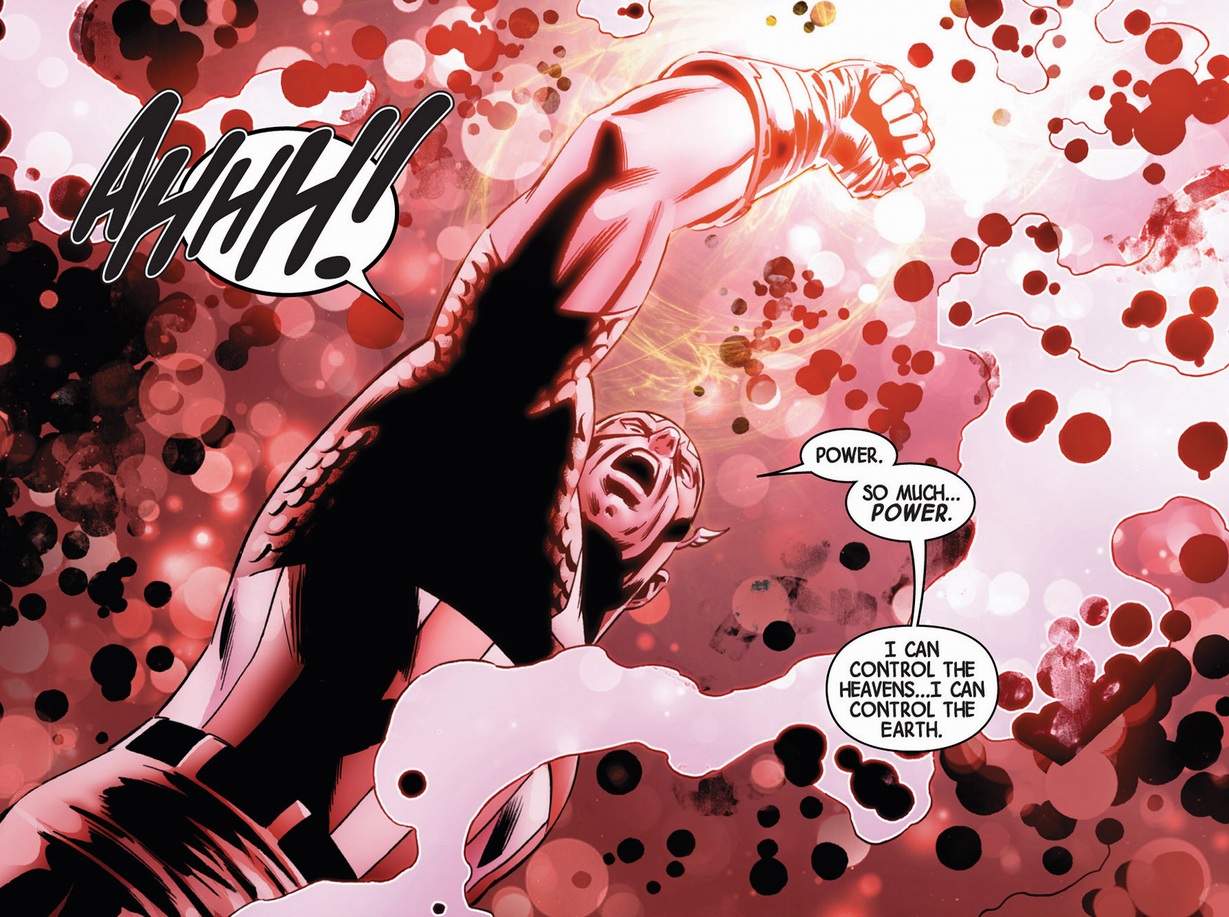 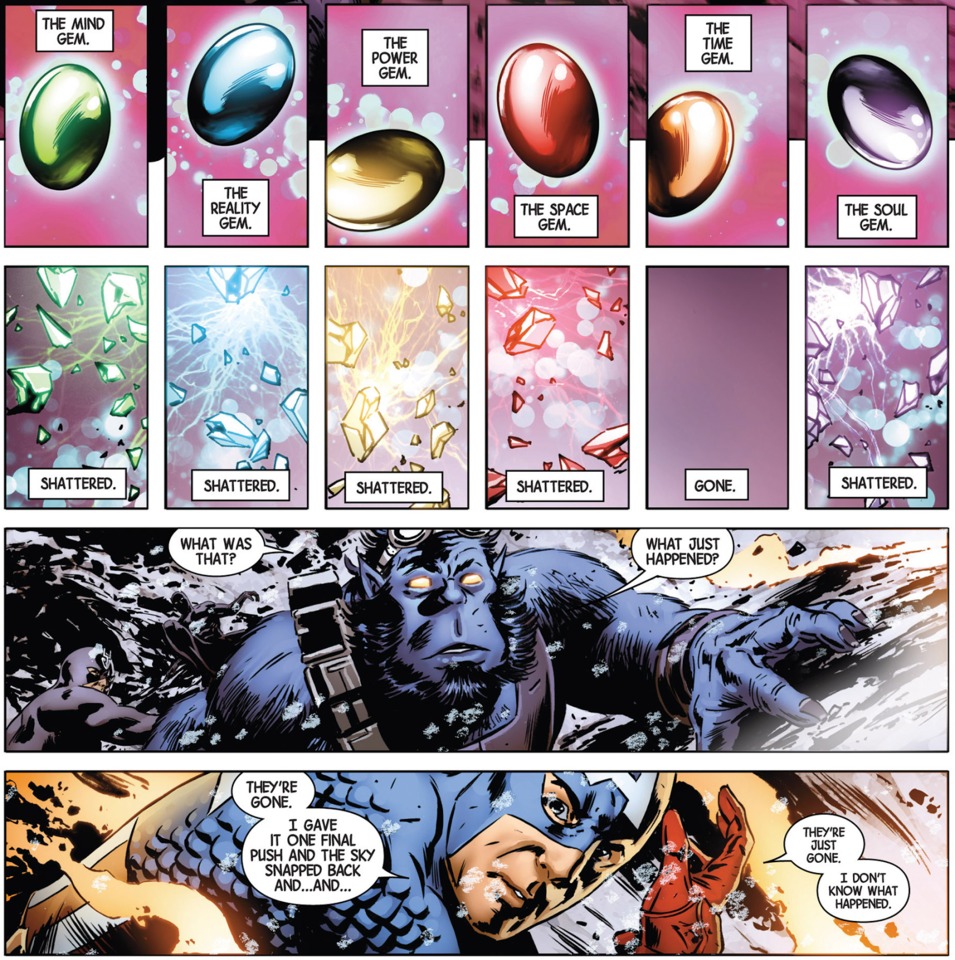 But in his defense, Captain America used the Infinity Gauntlet at a breach between two universes (so there could a possibility that the first point I made had an effect creating a weakness to the stones).

So, in short, the stones do have weaknesses and they can be destroyed.

Additionally, here is something out-of-the-universe explanation about their weaknesses (just something that may be true): The infinity stones are each other's weaknesses. One could use the stones against each other. For example, using the Reality stone in such a way that the other stones never existed.

In the animated series Avengers Assemble, Season 2 Episode 13: Thanos Triumphant, the Avengers defeat Thanos with the help of Howard Stark's invention Arsenal. But Tony didn't have the time to beta test Arsenal which left a backdoor for Ultron to sneak into Arsenal. When Ultron took over Arsenal, it drained the infinity gauntlet (and all the infinity stones) of its powers leaving behind an empty powerless gauntlet and five stones. (Watch the video below from the 2:30 mark)

Yeah. I did say five stones because in this Marvel continuity, there are only 5 infinity stones and not six like in the comics and movies.

As mentioned in the answers here by TheLethalCarrot and me, Thanos was successful in destroying the Infinity Stones in the MCU (well, successful, from a certain point of view).

In Avengers: Endgame, the second energy surge similar to the Snap is detected on a far planet by Rocket Raccoon. When the Avengers arrive there to take back the Infinity stones, Thanos confesses that since the stones served their purpose, he used the stones to destroy the stones:

NATASHA: Where are the Stones?

BRUCE: You used them two days ago!

THANOS: I used the stones to destroy the stones. It nearly killed me. But the work is done. It always will be. I am... inevitable.

However according to the Russos, the Infinity Stones aren't actually lost:

"Thanos only reduced the stones to the atomic level. The stones are still present in the universe"

Not the answer you're looking for? Browse other questions tagged marvel infinity-stones or ask your own question.

1
How come the Eye of Agamotto worked in the Dark Dimension?
36
In the MCU, who created the technology surrounding the Infinity Stones?
17
Is Aether really an Infinity Stone?
63
Were all titans as powerful as Thanos?
4
Can the Infinity Stones be destroyed?
13
Did Thanos use the full power of the Power Stone to punch Captain Marvel in "Avengers: Endgame"?
2
Is there a specific rule for a socketed Infinity Stone's weapon to be able to unleash the power of the stone?