Can Green Lantern power rings be used for mind-reading and/or memory alteration?

If the wielder of a Green Power ring has enough willpower, can they read minds and/or alter memories of an individual using their ring?

If yes, are there any such instances?

Hal Jordan has shown the ability to alter someone's mind.

According to CBR's "Green Lantern: 15 Things You Never Knew His Ring Could Do" article, in 1966's Green Lantern #57 (wrongly quoted in the article as #47) Hal Jordan erases Major Disaster's memory and puts in mental blocks to stop him from revealing The Flash and Hal's identities. 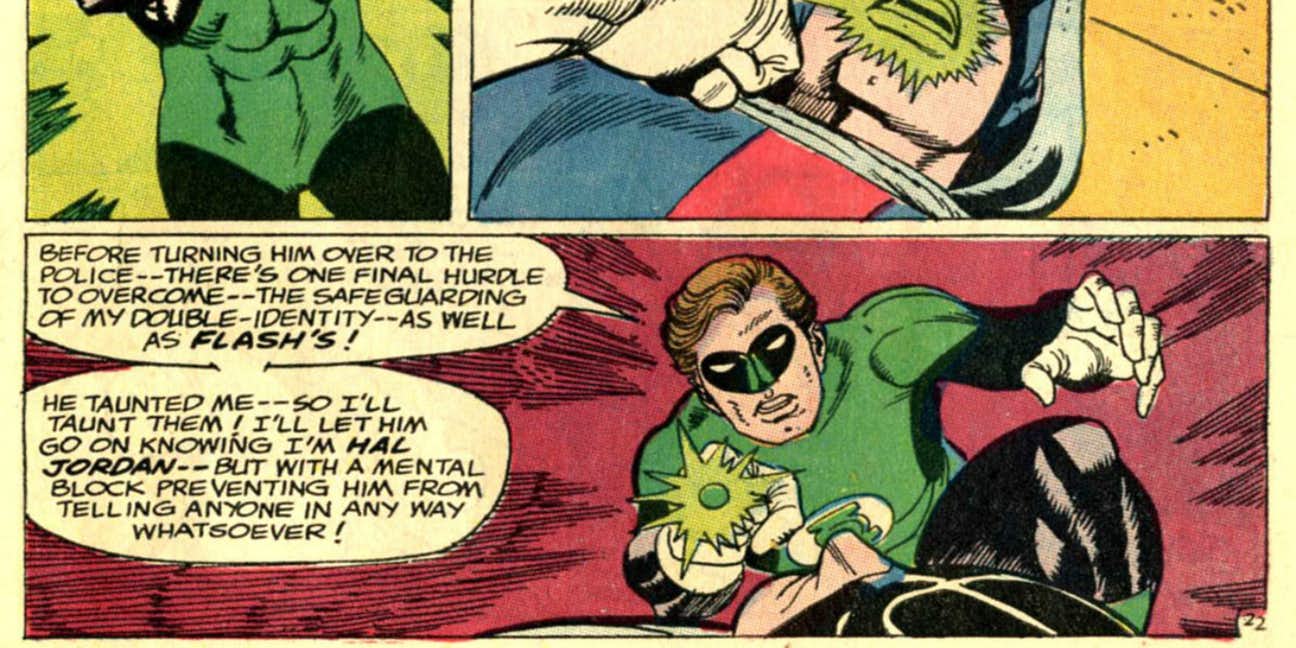 Another example from a later comic, 1989's Action Comics #642 (as pointed out by @Shreedhar in the comments) shows Abin Sur dying on Earth and found by Clark Kent, however as Clark is not native of Sector 2814, he cannot be its next Lantern, and his memory must be wiped.

Silver Age Green Lantern's power set indeed contained psychic-related abilities (in fact, much like most 60s comics, the super weapon could do almost literally anything, and the sillier the better). For instance, in Green Lantern #2 (1960), Hal Jordan used the ring to probe his mechanic's memories of a map. At the end of the issue, "Pieface" discovers that Hal Jordan is Green Lantern and offers to have his mind wiped. Hal refuses, and does not refute that the ring could do such a thing.

Later, in Showcase #24 (1960), the ring enables him to read his own memories in order to locate some lost plans. 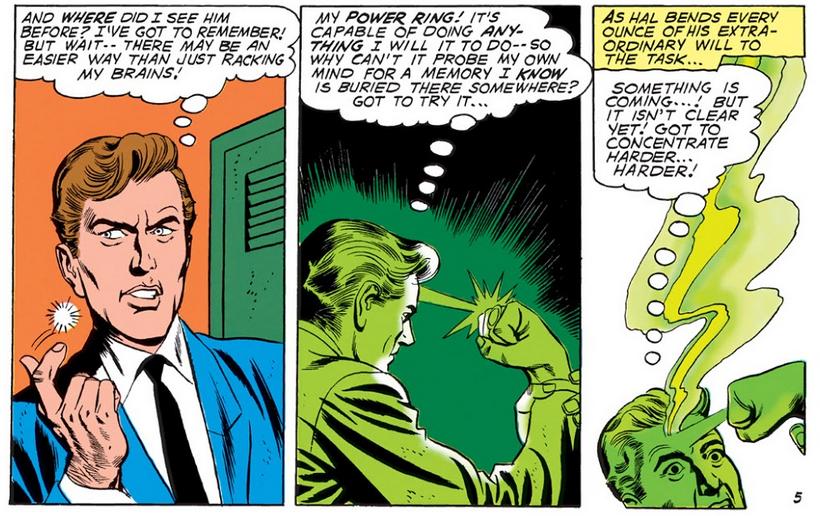 It's not exactly mind reading or memory alteration, rather a "state of mind" alteration, but earlier, in Showcase #23 (1959), Hal Jordan used the Green Lantern ring to put someone in a state of deep concentration.

Not the answer you're looking for? Browse other questions tagged dc comics green-lantern or ask your own question.

12
Is the Green Lantern's power limited to physical manifestations?