Is there any comic where Darkseid fights Doomsday?

Some friend asked me this question today, and without hesitation I said off course Darkseid beats Doomsday, but then I saw this comic panel.

Is there any comic where Darkseid fights DoomsDay beside this comic here: 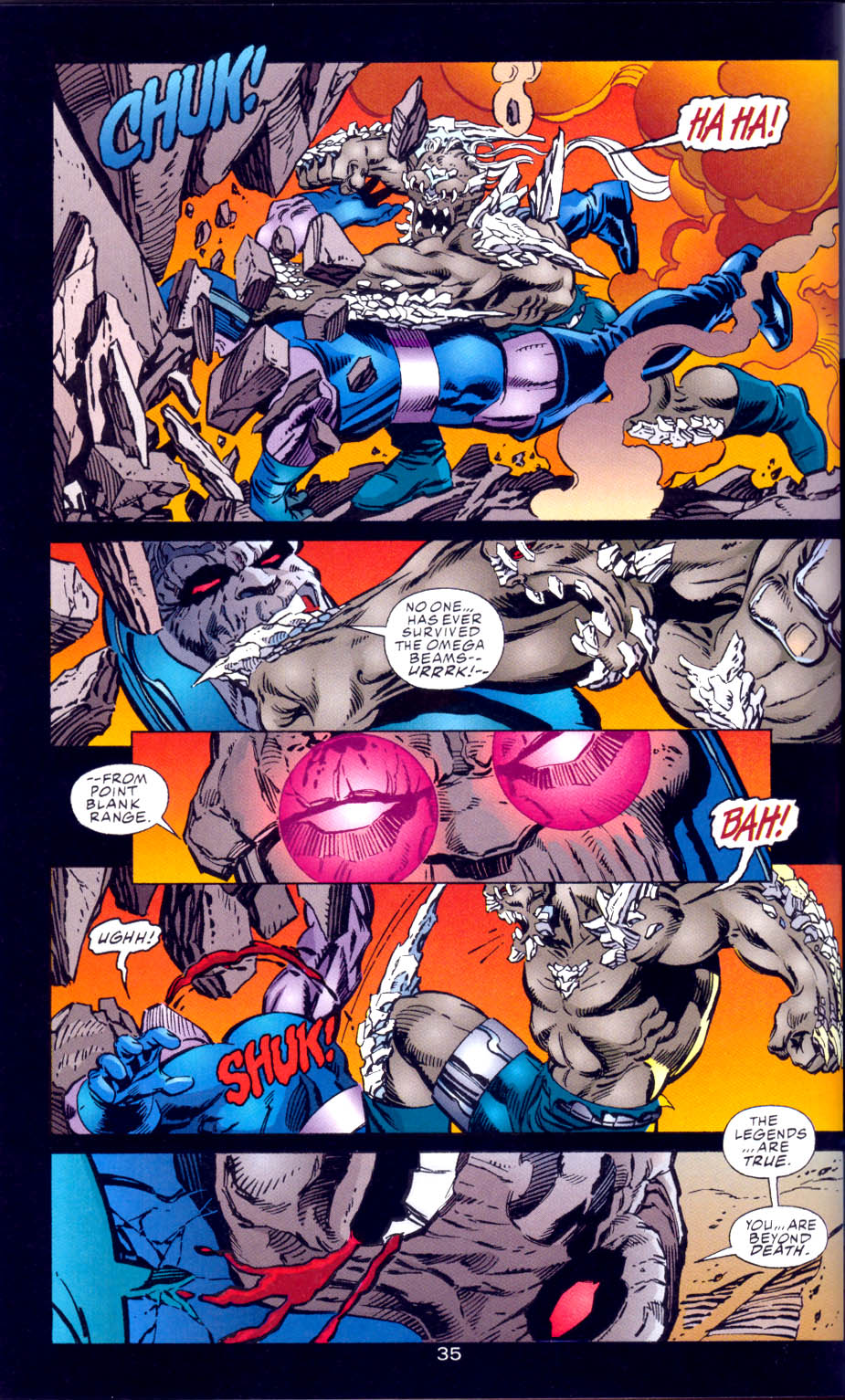 In which Doomsday wrecks Darkseid, but this is an old comic, I think.

Is there any other source of a fight between them?

I can't say definitely that they fight, since I haven't read it, but in Doomsday: Year One you have Darkseid and Doomsday encounter each other a long time ago, on a planet far far away.

In this story, you get to find out the first encounter of Darkseid with the monster, many years in the past, when Darkseid wasn't the ruler of Apokolips yet. Darkseid is traveling in "diplomatic" journey to a world with tactic advantage to Apokolips. Even while younger, already Darkseid has a confident attitude of superiority above any other lifeforms, however he will know soon enough his first twinge of fear in his life. - goodreads

There is this interview with Dan Jurgens:

RC: And now we come to another "god issue" that sometimes angers people: Darkseid, Doomsday and Superman in Superman/Doomsday: Hunter/Prey. Darkseid really seemed to get bludgeoned by Doomsday, like he had no chance against Doomsday. In the Doomsday: Year One annual, however, it seemed like Darkseid would have had somewhat of an equality with Doomsday. Was it your intention to show Doomsday as, like, orders above Darkseid in Hunter/Prey?

DAN JURGENS: It's funny, but somebody emailed me about this not too long ago.

RC: I saw that email on the Web.

DAN JURGENS: The idea that we were trying to portray is the natural immunity that Doomsday would develop toward whoever he was fighting. In such case, it becomes very hard for Darkseid to defeat him.

My answer to that question in general is that . . . you take Doomsday, you take Darkseid, you put them in a pit and have them fight it out to death. If you do that ten times, you're looking at a five-five or six-four split.

Not the answer you're looking for? Browse other questions tagged dc superman doomsday or ask your own question.

5
What is Doomsday and where did he come from?
2
1980s Superman comic where he fights a blonde mutant
30
Has any Marvel or DC comic ever shown graphic nudity?
11
How do we know these are parademons?
10
What is this comic in which Superman fights Death?
6
Are there any other villains (aside from Doomsday) who've killed Superman?
5
Superman comic where he fights a progressively stronger alien creature