In the 1980s, I read part of a novel that was written by a real futurist, highlighting what technologies might actually exist about one hundred years in the future. Before I forgot the author's name, I remember having seen him interviewed about space exploration possibilities on PBS's NOVA or a similar television program.

The book began with the arrival of the main character on Earth, having come from somewhere else in the solar system. Each chapter of the story highlighted at least one technological development that might have occurred by the time the book took place. Unfortunately, I cannot remember very much about the proposed technologies. There was some kind of underground train, but I don't recall what (apart from its high speed) made it distinctive compared with current subways. There was also a supersonic airplane, with variable-geometry wings; instead of two wings that both swept back for supersonic flight, there was one that just rotated (one end going forward, one end back).

I never finished the book, and I suspect that, since I don't recall it including many computing or telecommunications developments, it would probably be horribly dated only thirty-some years later. However, I am a bit curious about it still and would like to find it again.

Something triggered my memory, and I am pretty sure this is 2081: A Hopeful View of the Human Future by Gerard K. O'Neill, published in (surprise!) 1981.

This section was written as a series of dispatches home from "Eric C. Rawson", a native of a distant space colony called "Fox Cluster". By analogy with American religious colonists such as the Puritans and Mormons, O'Neill suggests that such a colony might have been founded by a group of pacifists who chose to live about twice as far from the Sun as Pluto in order to avoid involvement in Earth's wars. His calculations indicate that colonies at this distance could have Earth-level sunlight using a mirror the same weight as the colony itself. Eric pays a visit to the Earth of 2081 to take care of family business and explore a world that is nearly as foreign to him as it is to us.

After each dispatch, O'Neill added a section that described his reasoning for each situation the visitor described, such as riding a "floater" train going thousands of miles per hour in vacuum, interacting with a household robot or visiting a fully enclosed Pennsylvania city with a tropical climate in midwinter. Each section was written from his perspective as a physicist. For example, his description of "Honolulu, Pennsylvania" included multiple roof layers that could be retracted in good weather. The city enjoyed an artificial tropical climate all year because of internal climate controls and advanced insulation. He also proposed magnetically levitated "floater" trains moving in very-low-pressure tunnels that would replace airplanes on heavily traveled routes. 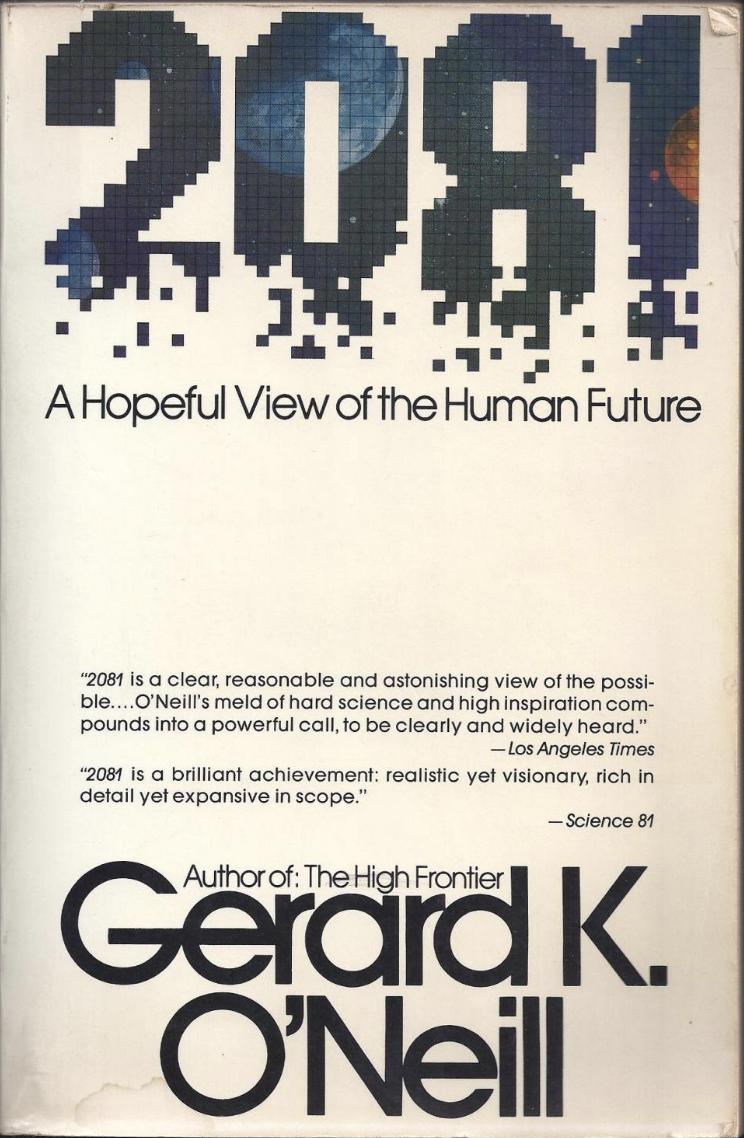 Not the answer you're looking for? Browse other questions tagged story-identification novel hard-sci-fi or ask your own question.