What was Voldemort's 'one last hope'?

“He took your blood believing it would strengthen him. He took into his body a tiny part of the enchantment your mother laid upon you when she died for you. His body keeps her sacrifice alive, and while that enchantment survives, so do you and so does Voldemort’s one last hope for himself.” -Dumbledore

The first line indicates that while Voldemort believed that it would strengthen him, it actually did not. Voldemort had a lot of enemies; he could have been resurrected through any other enemy's blood.

The only extra advantage he gained from taking Harry's blood was that Voldemort wouldn't be burnt to a crisp by Harry's touch. But that doesn't seem like a huge advantage in terms of magical combat where physical contact occurs rarely between opponents in a duel.

So, what was it about Harry's blood that gave him one last hope?

His “one last hope” is the chance to feel remorse and heal.

J.K. Rowling addresses this in the F.A.Q. of her old website. The “last hope” that the Dark Lord had that Dumbledore was referring to was the chance to feel remorse and heal, which would have been helped by the “drops of goodness” in him because of Lily’s sacrifice in the blood he used.

Having taken Harry’s blood into himself, Voldemort is keeping alive Lily’s protective power over Harry. So Voldemort himself acts almost like a Horcrux for Harry – except that the power of Lily’s sacrifice is a positive force that not only continues to tether Harry to life, but gives Voldemort himself one last chance (Dumbledore refers to this last hope in chapter 35). Voldemort has unwittingly put a few drops of goodness back inside himself; if he had repented, he could have been healed more deeply than anyone would have supposed. But, of course, he refused to feel remorse.
- F.A.Q. on J.K. Rowling’s website 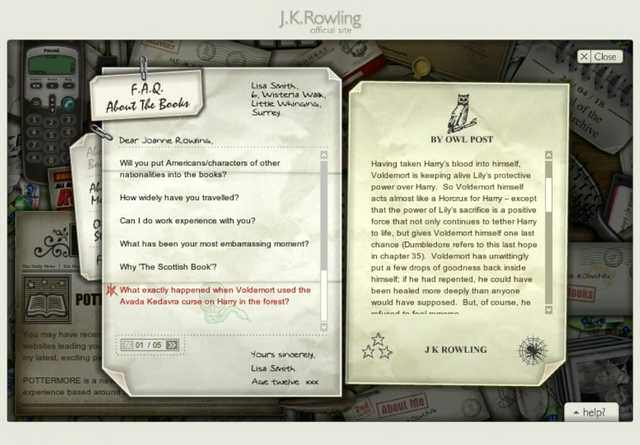 Harry also refers to remorse as the Dark Lord’s last hope to save himself. Harry saw the shriveled-child-thing that the piece of soul in him killed by Avada Kedavra, and told the Dark Lord remorse was the only way he could save himself and avoid that fate - caused by his soul being spilt.

“It’s your one last chance,’ said Harry, ‘it’s all you’ve got left … I’ve seen what you’ll be otherwise … be a man … try … try for some remorse …”
- Harry Potter and the Deathly Hallows, Chapter 36 (The Flaw in the Plan)

Remorse is the way to put a soul back together after making Horcruxes, so it makes sense it would be his last hope - the reason he’d be in the shriveled-child form is because he’d made Horcruxes.

“Isn’t there any way of putting yourself back together?’ Ron asked.

‘Yes,’ said Hermione, with a hollow smile, ‘but it would be excruciatingly painful.’

‘Remorse,’ said Hermione. ‘You’ve got to really feel what you’ve done. There’s a footnote. Apparently the pain of it can destroy you.”
- Harry Potter and the Deathly Hallows, Chapter 36 (The Flaw in the Plan)

It seems logical that therefore, his last hope was to feel remorse, and therefore put his soul back together, before he died. It seems likely that taking Harry’s blood would have enabled him to heal more fully had he felt remorse (meaning he’d be more likely to survive his soul putting back together), and would have helped the healing process had he chosen it. The pain of it can be lethal, and the Dark Lord had split his soul several times. It seems like Lily’s sacrifice in his blood might have helped him survive this process, and heal him more fully.

Rowling did state explicitly that Harry's blood brought some goodness back into Voldemort, and allowed him to be more easily healed, if he chose too, but I think that even without that explanation, the simple meaning of it, is that since he can choose not to kill Harry, and "feel remorse" about his wrongdoing, he can therefore avoid destroying himself completely which will be the result of finishing Harry altogether.

This is stated by Dumbledore himself, that killing Harry and his parents backfired on Voldemort not only because of the protection of Lily, but simply because the act rendered his soul too unstable, and it broke apart.

(That of course is a bit strange, since he killed plenty of people since, and nothing happened to him, but that's another problem.)

29
Why did Lily's enchantments work for Voldemort?
6
What kind of long term effects would Voldemort's soul have had on Harry?
1
Could Harry Die As Many Times as He Needed To?
12
Was Voldemort Aware of Their Blood Connection?
22
Did Lily's sacrifice protection end when Harry turned 17 or not?
10
How did Harry's blood being inside Voldemort save him?