Did the Rebel Army in Star Wars have any in-canon rank and squad insignia?

Question is pretty much as it says in the title. According to online sources, the Rebel military used a command structure not dissimilar to that of modern armies. A squad of nine troopers was commanded by a Sergeant, aided by a Corporal. Four squads made a platoon, commanded by a Lieutenant. 4 platoons made a company, led by a Captain and so on.

Officers in the alliance military wore dice pips to designate their rank - a Lieutenant had a single pip, a Captain had two. However, I can find no information on what designated a Sergeant or Corporal.

Troopers would also presumably have worn a patch or insignia to show what squad and/or platoon and/or higher level units they belonged to. But I can't source any information on this at all.

Do we have any detail on NCO insignia and unit designation symbols in the Rebel army? If not canon, legends will be fine - so long as it's referenced in a known once-official source.

Rebel Alliance Ground Forces have ranks & insignia, but they are not all detailed...

As linked by Valorum, there are a number of different ranks. Canon material on Wookieepedia only gives us a brief look at Officer ranks (detailed in Star Wars Rogue One Rebel Dossier and Star Wars: Rogue One: The Ultimate Visual Guide), which are indicated through dots on a plaque. As shown in the Wookieepedia article, in descending order:

There is no information on Enlisted ranks in either the Legends or Canon, so over to speculation...

As shown by several screenshots of rebel soldiers in the Battle of Hoth, most enlisted and specialist had 3 by 3 patches on their right arm (These three pictures courtesy of Wookieepedia): 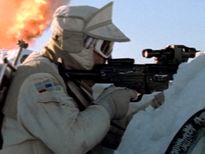 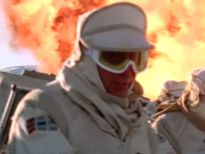 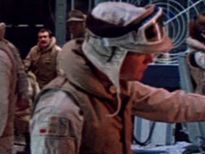 It can be assumed at this point that all the troopers in this trop A Rebel technician with an orange and red square on his 3x3 insignia: 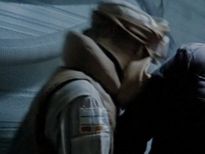 After re-watching the Battle of Hoth, it appears that a common enlisted rank is one red (bottom row, first cell) and one blue square in the center (saw this rank a number of times, in all occasions it appeared that soldiers with this patch were taking orders from others.) This screenshot shows several different ranks at once (labelled for reference): 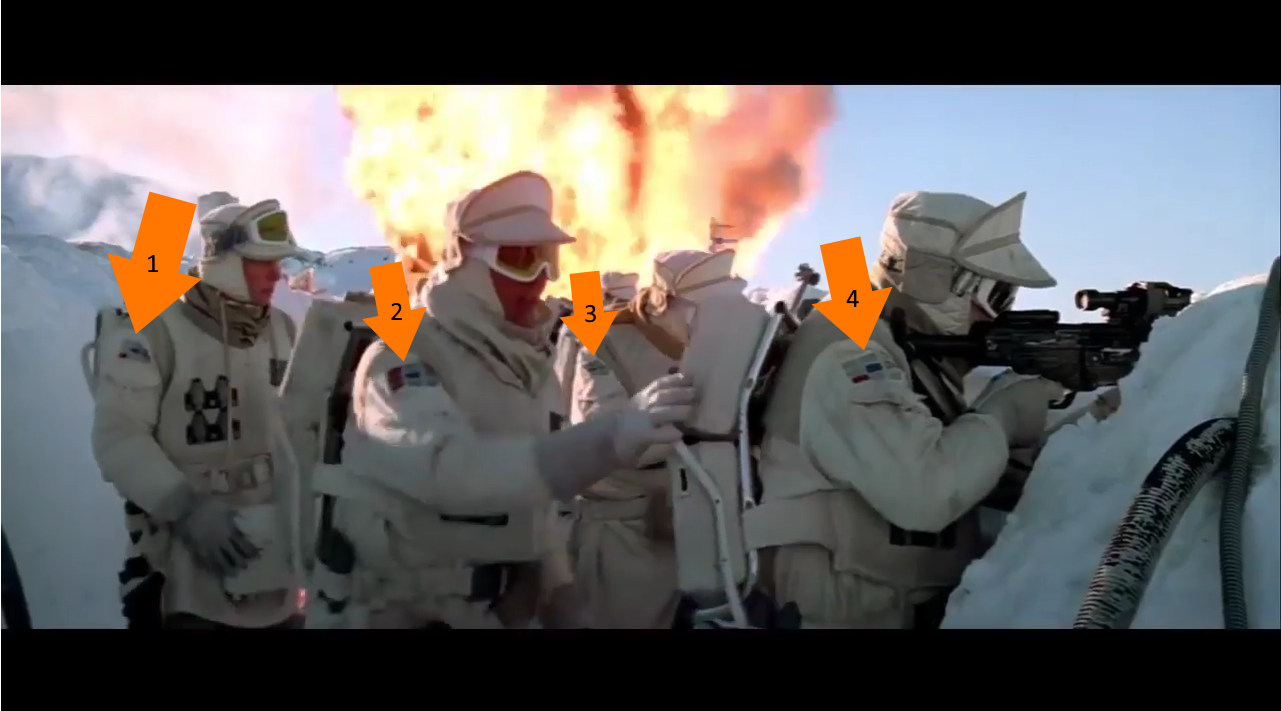 From watching this shot, my speculation is that Numbers 1 and 4 are either troopers/corporals, Number 2 is a Non-Commissioned officer (Sergeant/Sergeant Major/Warrant Officer), also known as an NCO, and No 3 is another enlisted rank either slightly above or below Numbers 1 & 4, possibly in a support role (a trooper/corporal, possibly a machine gunner, medic, etc.) This additional shot shows an enlisted rank shouting to press forward: 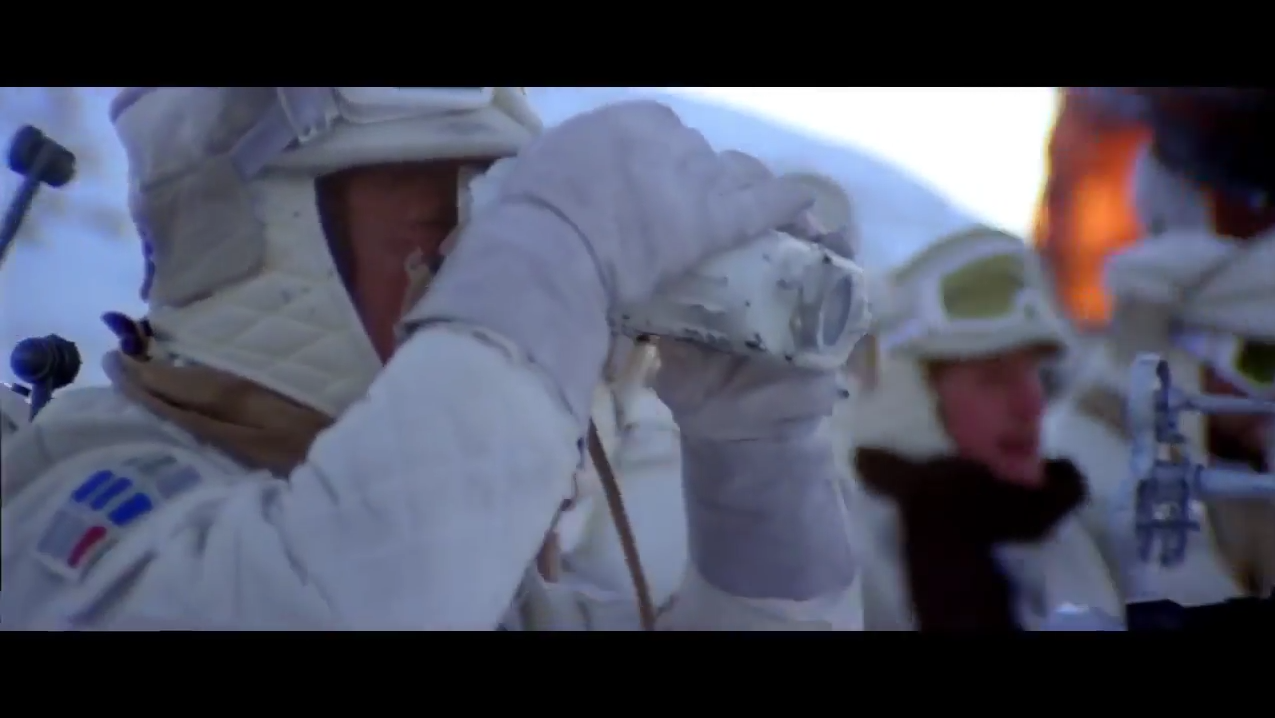 It can only be speculated at this point that this trooper is another type of NCO due to there being a solid column of blue on his patch (similar to trooper Number 3 in the previous screenshot.) Another possibility is that these patches are Tactical recognition flashes, patches worn on the sleeve to indicate which regiment/battalion the soldier is from (worn by British army soldiers.)