Chancellor Palpatine with normal eye color in Revenge of the Sith when he reveals his true self to Anakin Skywalker. 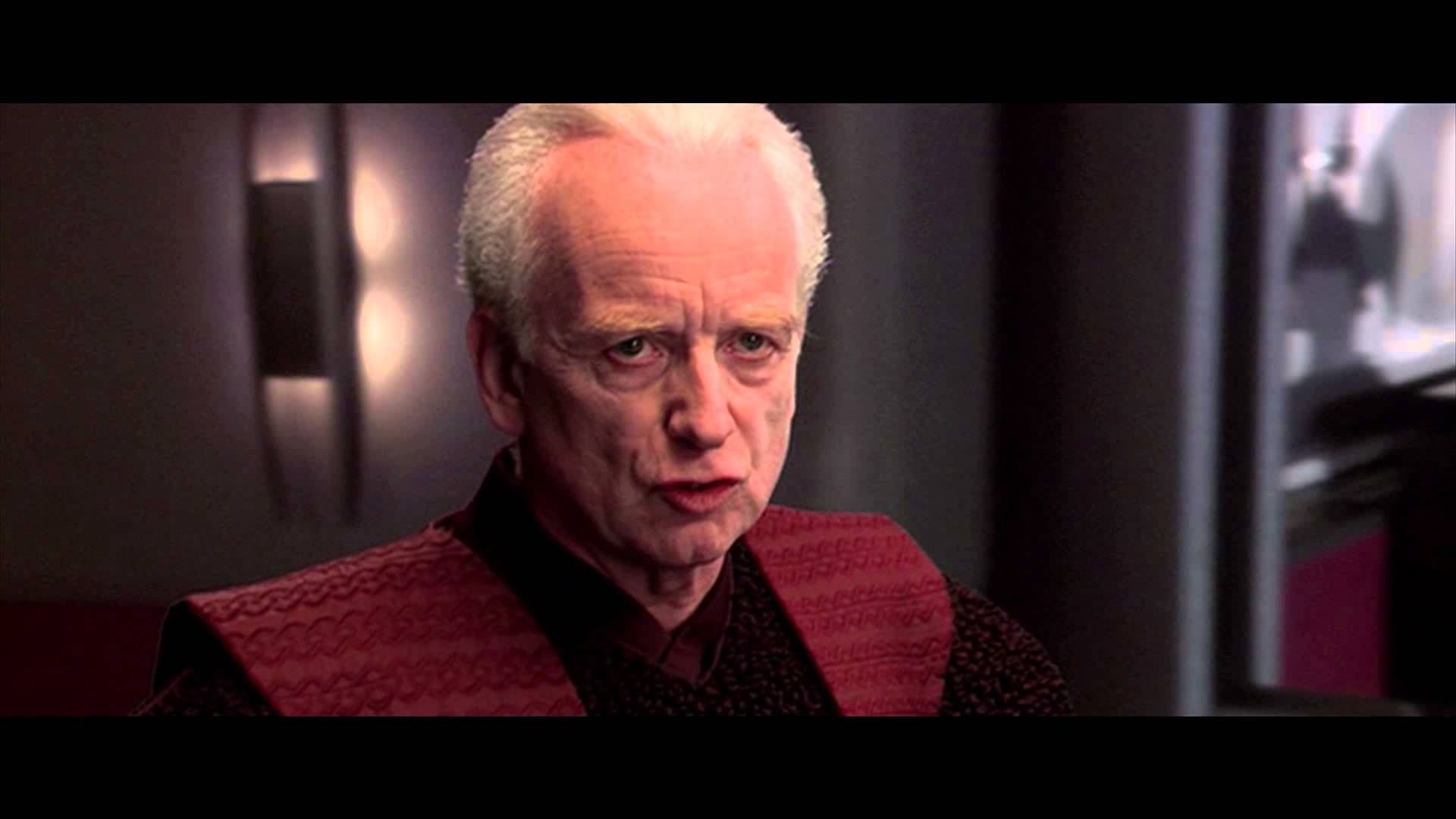 Chancellor Palpatine a little later in the same movie with yellow eyes, right after he kills Mace Windu. This is maybe just an hour or two later in the character's time. 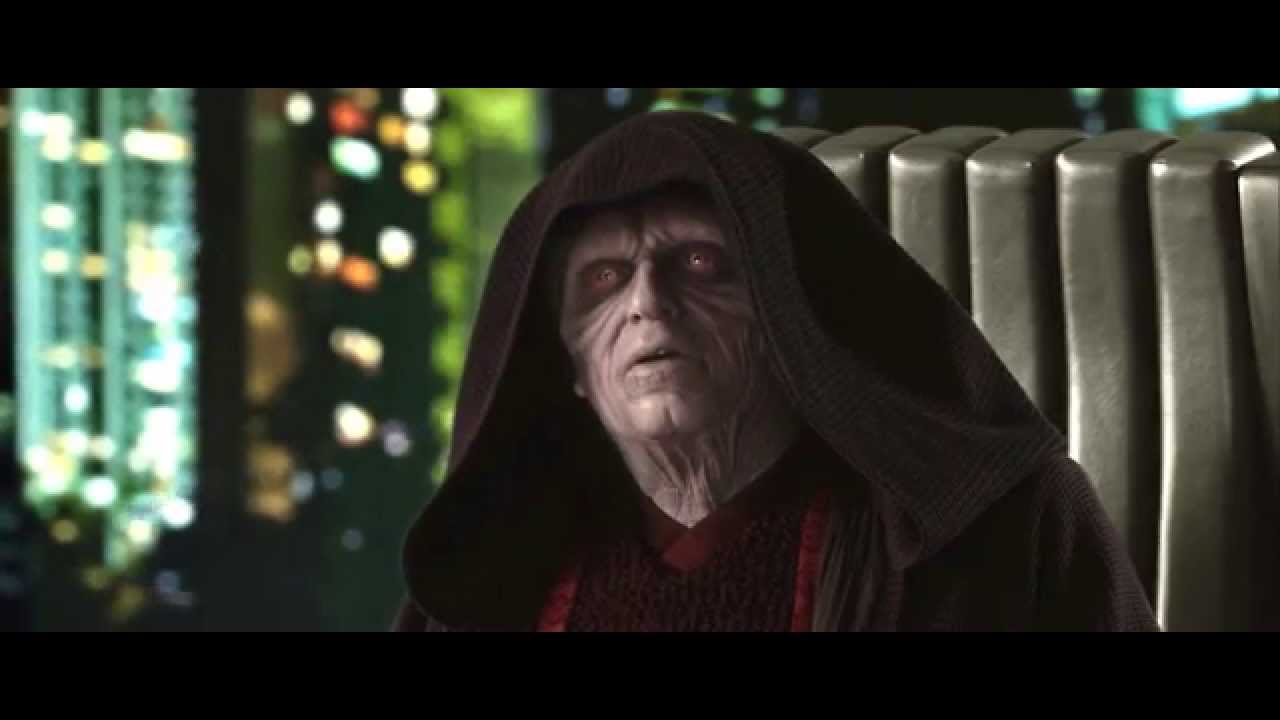 His eyes appear normal again in later cartoon shows, so he can change it back at will.

What causes his eyes to change color? I would have guessed strong emotions or when he uses Dark Side powers, but neither of those are supported by other scenes from the same movie.

Anakin with yellow eyes shortly after he killed the Separatist leaders.

We see Anakin's eyes go from yellow to normal in a short time. He should have been at the height of his Dark Side powers at this moment, and also feeling the strongest dark emotions since he is plotting to kill his best friend. This was right before he tries to jump to land and gets his limbs sliced off. 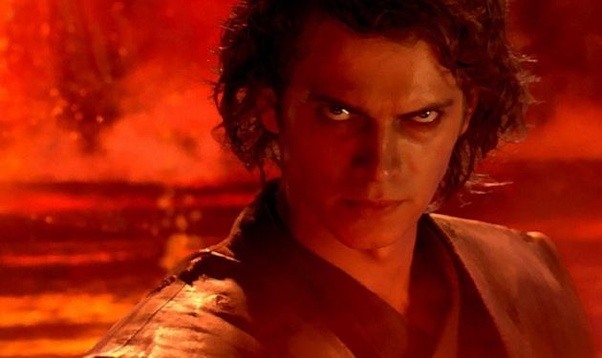 Is there a consistent explanation for eye color of Sith Lords? Please provide answers from canon sources.

Eyes change color to yellow with deep immersion in Dark side, but exact mechanism is unknown

It is said that Dark Side represents destruction, corruption, will to power and egocentrism. Palpatine was almost perfect embodiment of these Dark Side ideals, so with his constant immersion in Dark Side, when not wearing his Chancellor mask, his face was disfigured and his eyes yellow.

On the other hand, his apprentice Dooku and assassin Ventress do not have yellow eyes. Dooku was never fully egocentric like Palpatine, he has his ideals about "Human empire" and that ultimately cost him his life. Also, Dooku tries to keep his gentlemanly demeanor even when he does some truly despicable acts. Ventress is a similar case, there is constant fight in her soul between good and evil, finally she chooses Light. It seems that both of these characters never fully embraced darkness, perhaps because their prior training as Jedi.

Anakin is most curious in this regard, his eyes constantly change color. Interestingly, when he does his most gruesome act - killing of younglings, his eyes are normally blue

but when left burning on Mustafar, his eyes are burning yellow. This could probably mean that he used all of his hatred and Dark Side power to help him survive (just like Maul did in similar circumstances), but he didn't need that to help him murder children .

Maul is another interesting example, his eyes are constantly yellow, even after his death in Kenobi's arms, when he supposedly let go off his hate. Note that Maul is actually only true student of Palpatine, raised by him since childhood unlike Dooku and Anakin who were once Jedi. Perhaps he picked up too much from his old master and could not shake it off even if he tried. I don't think his natural eye color was yellow, and reason is his brother Savage. 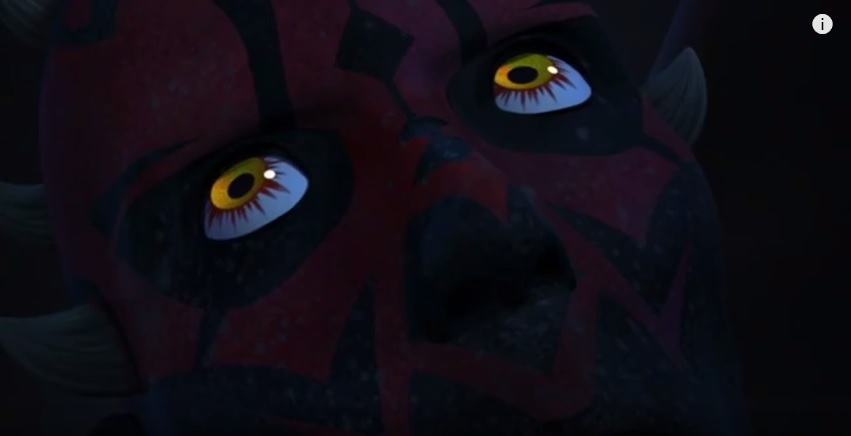 Savage Opress had yellow eyes while he was alive and enraged, but in his last moments they returned to natural green-blue color. This happened when Magick cast on him withdrew, implying that maybe his brother Maul had same or similar eye color before Palpatine got him as an apprentice. 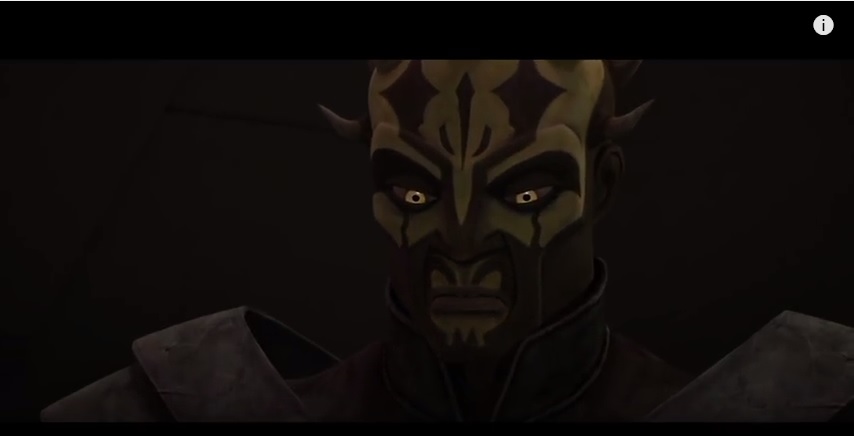 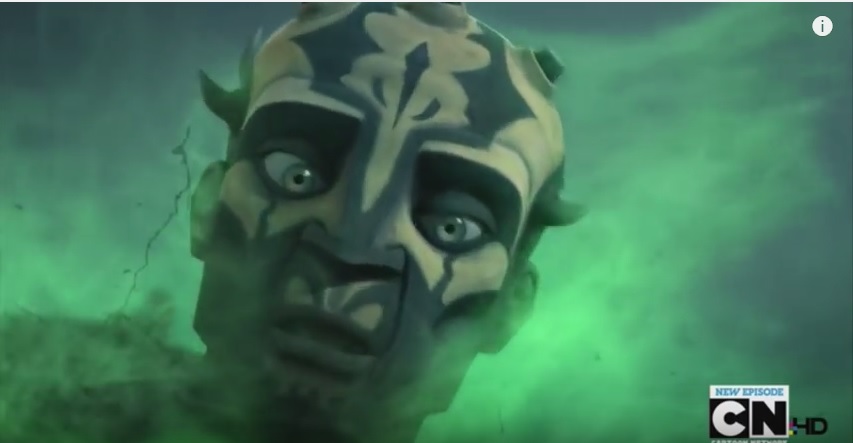 Finally, we have Snoke. Although Disney really fumbled with this character, there are few things about him that lead to certain conclusions. Snoke is not a Sith, but he is very powerful with Dark Side, comparable to Palpatine (some say even more powerful) . Yet, his eyes are blue. Does this mean he is not fully immersed in darkness? Possibly, because he did mumble something about darkness rising and light to meet it, implying that Snoke believes in balance rather then just one side of the Force. Perhaps this is the reason he tries to connect Kylo and Rey? Anyway, this is all done very poorly, so we leave it at that. 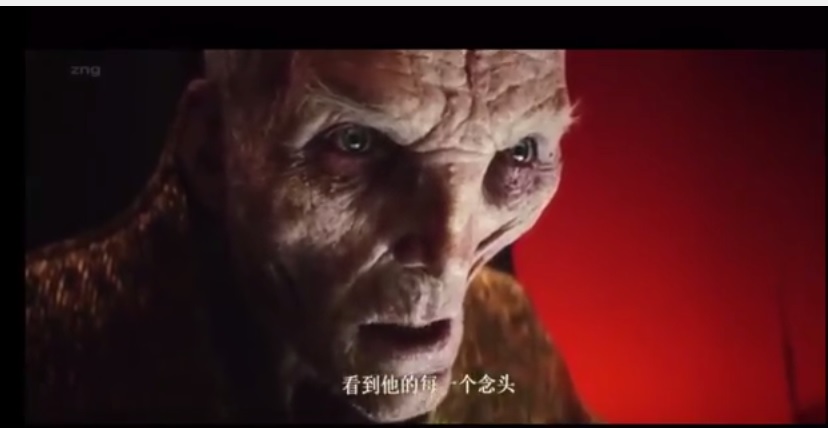 The change of eye colours to yellow is caused by the dark side of the force. We know that Palpatine was able to use the force to conceal his "Presence". The effects of him temporarily "severing" himself from the force would probably also block the physical effects of the dark side from view.

15
Why aren't Kylo Ren's eyes yellow?
10
Why Did Data's Eyes Get More Yellow?
3
Are the color-changing eyes a sign that happens temporarily when someone first accepts the Dark Side?

24
Is it "the Jedi way" to kill a defenseless being if they pose a sufficient threat?
21
Was Count Dooku masking his true Sith nature (yellow eyes and decrepit look) with the Force?
4
Can all Jedi/Sith learn the same Force powers?
6
If the Jedi Council feared and distrusted Anakin, why did they task him with spying on Palpatine? Why didn't they send Obi-Wan to help him?
0
Why didn't Mace Windu think Anakin could handle being near Palpatine?
3
Are the color-changing eyes a sign that happens temporarily when someone first accepts the Dark Side?
16
Why would Windu say the Senate would decide the fate of Palpatine?