Has any Marvel or DC character been played by the same person, first in cartoon and then in live-action?

I know that voice actors tend not to do much camera acting. (The same can't be said in reverse, of course; camera actors lend their voices to movies and TV shows all the time.) But are there any Marvel or DC characters who appeared in an animated movie or TV show and then were played by the same person in a live-action movie or TV show?

The reason I specify "animated-then-live" is to hopefully focus on people who are primarily voice actors, and also to rule out any animated works that are intended to be direct spin-offs of the MCU/DCEU.

Mark Hamill first played The Trickster in the 1990 live action TV series The Flash, then voiced the part in the 2004 animated series Justice League Unlimited and then went on to appear in the 2014 live action The Flash.

Megalyn Echikunwoke played Vixen first in an animated webseries (premiered 25 August 2015), then later in the live-action Arrow series in an episode that aired on 24 February 2016. 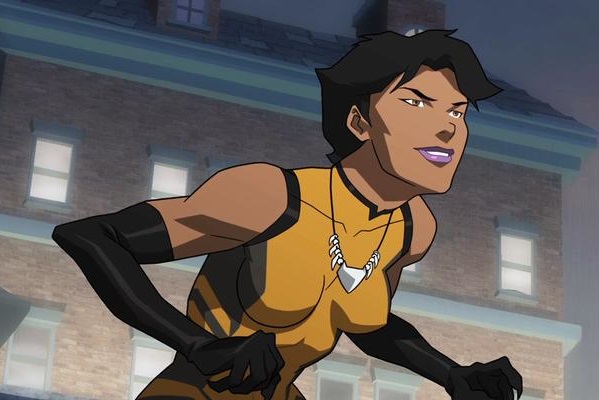 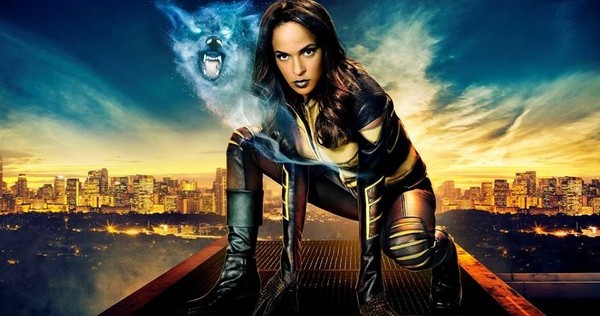 Michael Rosenbaum, who played Lex Luthor on the live-action TV series Smallville, provided the voice for The Flash (Wally West) on the animated series Justice League Unlimited. In the JLU episode "The Great Brain Robbery", when Luthor and Flash swapped bodies, Rosenbaum reprised his role as Luthor in animated form:

Smallville ran from October 16, 2001 to May 13, 2011, and Rosenbaum appeared in episodes ranging from the pilot to the finale. "The Great Brain Robbery" first aired on March 4, 2006, midway through Rosenbaum's time on Smallville.

Russell Tovey Played The Ray in the animated Freedom Fighters series, and played him on the Earth-X crossover. The two were produced at the same time, and the series might have premiered after the TV show, but they may be close enough to satisfy the spirit of the question.

Even though it's the inverse of the question, I can only think of one other person (aside the two mentioned here) who's played the same character in a live-action Marvel film and in animation. Lou Ferrigno has provided the voice of the the Hulk in a number of media, including animated and the Marvel films up until Thor:Raganrok, when Mark Ruffalo took over the voice role.

On the DC Side, Adam West and Burt Ward returned to voice the Dynamic Duo for Filmation's New Adventures of Batman, and West (IIRC) voiced Batman for at least one Super Friends series. Bud Collyer voiced Superman for the original radio series, and returned to voice him for the Filmation cartoons.

This is a borderline case, but Paul Bettany voiced AI Jarvis in MCU movies before appearing "in flesh" as Vision.

In the Arrow episode Suicide Squad, they show a brief glimpse of a character credited as "Deranged Squad Female" who was meant to be Harley Quinn as an Easter egg. She was played by Cassidy Alexa but her voice was played by Tara Strong, who has voiced her in many DC animated movies and video games.

Not the answer you're looking for? Browse other questions tagged marvel dc actors or ask your own question.

7
Who was the first DC/Marvel Comic book Hero character with magic based powers?
17
Who was the first established mainstream hero type comic book character that either DC or Marvel killed off and left that way?
7
Do any of the live-action DC Comics based shows share a continuity?
1
What actor has portrayed the most comic book/science fiction superhero characters with some sort of special abilty and/or capabilities?
30
Which character in Star Trek has been played by the most actors?
6
Did any DC comics live-action adaptations cross over before The Flash?
18
Has the person in the suit ever also supplied the sounds for the creature/character they portray?
19
Has there been any foreshadowing of Captain Marvel in the MCU?