Swords/action/fantasy/magic anime: main character is a bit of a failure, always follows the rules and carries a sword, unlocks his magical ability

I saw an anime quite a long time ago and for the life of me I can't remember what the name of it is.

It's a magic/fighting/fantasy based anime and the main character is fighting, and then there is another entity that appears, he then gains this kind of ability, and gets given this kind of armour. Main character,

I know it doesn't seem like much, but those are the only things I can really remember about it.

Sounds like “The Irregular at Magic High School” to me.

The main character is known as a “weed” which is a reserve course student. He is the “Irregular” because he is one of the best at the school despite his poor Magic ability and class. This matches up to the description of a character who is seen as a “failure” yet keeps his head up and is quite skilled physically. There’s also the fact that his friends all have magic abilities as mentioned and the uniforms contain black and green as main colors (along with white.) 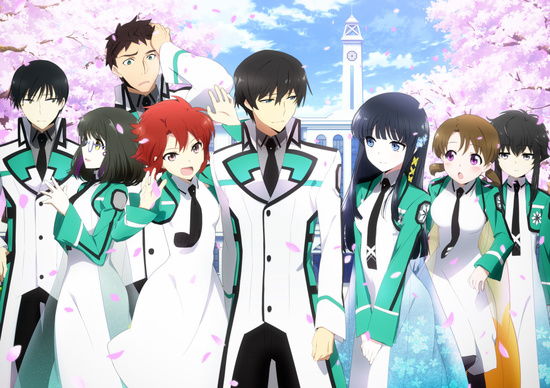 The only thing i can think of is Akame ga Kill ? The main character is good with a sword but generally not that strong. Then he kinda of inherits this suit of armour that makes him stronger.

Not the answer you're looking for? Browse other questions tagged story-identification magic anime or ask your own question.

5
Anime: character with a mechanical arm defeats his Demon Lord father with a magical sword
6
Anime/cartoon about various gems giving powers to their holder
7
Fantasy anime with blond male who lives with his female senpai
8
Anime about prisoners in a warehouse being attacked by monsters; main character went off on his own and finds a school/hospital he felt he knew
2
Anime about a boy fighting robots in space
6
Anime: main character equips a horned helmet to fight monsters/criminals, pulls out a sword from his arm
8
Book where the main character gives a powerful sword to one of his friends which causes someone to betray him
5
Anime where people summon monsters using gun-like devices that carve patterns in the air