How did Banner get unstuck?

In the final battle of Avengers: Infinity War, Banner charges at Thanos, who dodges by shifting phase, much like Vision can. However, instead of Thanos shifting phase himself, it looks like he uses the Infinity Gauntlet to phase Banner and fling him into a mountainside.

The scene then cuts away, and I immediately presumed that Banner was entombed in the mountainside and left for dead – it’s a common comics trope for out-of-phase characters to get stuck in things and die unless rescued quickly.

However, in the next scene, Banner simply reappears as if nothing happened.

Was there an explanation for this that I missed, or a deleted scene, or is it a continuity error?

I believe it was the Reality Stone that he used.

The only reasonable answer here is simply that we simply don't know. I can think of two possible theories for how he could have escaped, though I'm leaning more towards the first as being the most likely.

For what it's worth Thanos also uses the Space Stone on Rhodey to crush the suit and move him out of the way and we later on he looks fine again. This actually backs up both theories as both effects are from the same Infinity Stone and both are Stark's suits.

We can also rule out a few possibilities:

In an earlier version of the film He pulled himself free as the Hulk. The film then left this as a hanging plot point because the Hulk was edited out of the final cut.

We now know that there was a scene where the Hulk finally emerges and busts out of the Hulkbuster suit during his fight with Cull Obsidian, as evidenced by some recently released early VFX footage showing Banner emerging from the Hulkbuster suit as Smart Hulk ("We worked it out"). 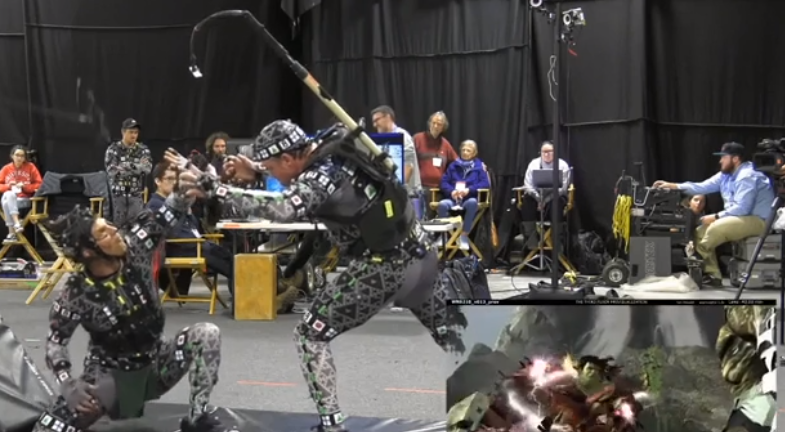 We also have this still (from the cinematic trailer), showing a veritable army (including the Hulk) charging toward Thanos in the forest and various toys designed before the film was changed in post-production. 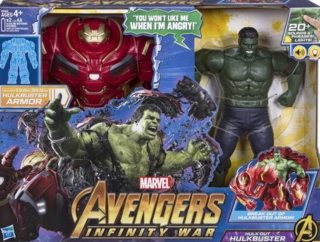 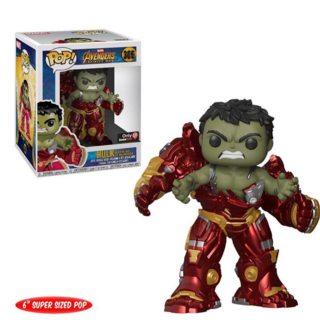 We also have confirmation from the screenplay writer that this change was intended and filmed, and only fixed in post-production VFX at a later date.

Originally scheduled for a last-minute arrival in Infinity War, Banner and Hulk were going to strike a deal during the Battle of Wakanda. Professor Hulk was supposed to tear out of the Hulkbuster armor and KO Cull Obsidian.

Speaking on the Endgame commentary, McFeely said, “It was pretty clear that the movie could not handle this weird success. The movie needed to just stay in its succession of losses in the third act, which meant some hustling on the part of VFX late in the game."

While the directors deny that this scene was actually part of the movie(!), It seems more likely that in the earlier cut he was fully 'hulked' when Thanos zapped him into the rock.

Given the Hulk's constitution and rapid healing, being phased into a wall wouldn't kill him but would, presumably incapacitate him for a while, nerfing him until the fight with Thanos had already concluded, at which point he could just pull himself free.

Banner wasn't phased deep into the mountain - in the scene you see him phased back in with the front of the suit still showing. I presumed he was safe inside the suit and eventually managed to eject.

Basically everything from the moment where Thanos causes Bruce to get stuck in the rock, Natasha being trapped under the rock pillars, Cap being hit in the head, etc. was reversed when Thanos used the Time Stone to reverse the Mind Stone being destroyed in Vision's head.

21
How did Bruce Banner become the Hulk at will?
11
Why didn't Thanos make an attempt to steal the Aether?
2
Could The Hulk get stronger if Bruce Banner worked on his own strength?
57
Why did Marvel choose to recast Bruce Banner in Avengers?
27
What did the Scarlet Witch show the Hulk/Bruce Banner?
1
Other than a "Lullaby" how does Hulk turn back into Bruce Banner?
0
How did Rocket and teen Groot get to to this location?
19
Why did Thanos get hit?
16
How did this character get the Hulkbuster Suit in Infinity War?