I recently read somewhere that Batman has about 8 backup Batcaves, one of which is right under the Arkham Asylum. In DC's Batman: No man's Land, 4 of his Batcaves are introduced namely, The Central Batcave, Batcave South, Northwest Batcave (located under Arkham Asylum) and the East Batcave. 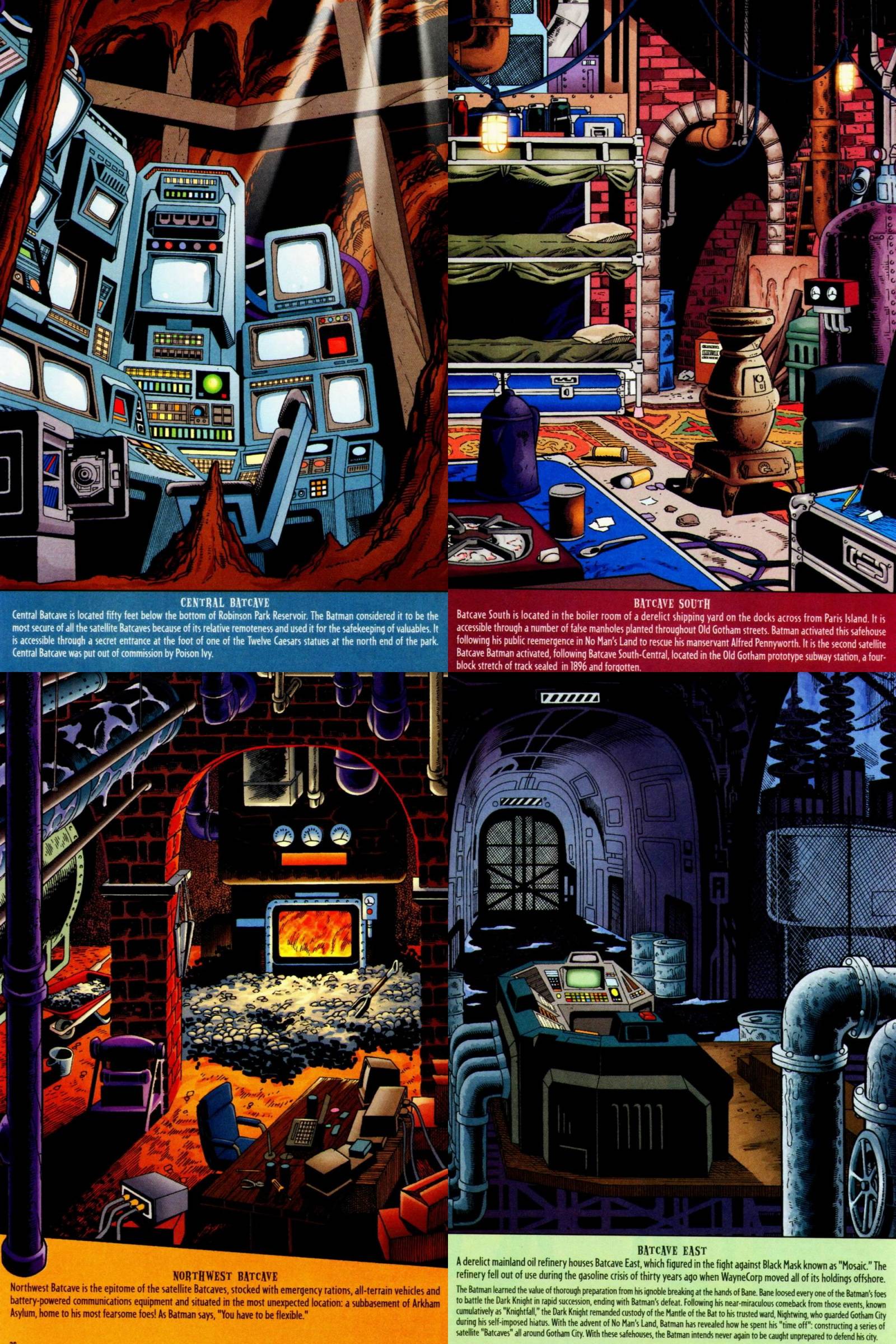 Counting the Batcave under the Wayne Manor, that makes a total of five. So where are the rest of the 3 backup caves located?

It would appear over the years he's had more than 8.

I'm unsure as to which 3 the post you read may be referring to, however throughout his years in the comics there have been numerous mentions of caves, bases and labs that Batman has visited or operated out of.

Most of this information is sourced from the wiki (and then confirmed with comic book panels) or from this post on reddit by user /u/Ame-no-nobuku providing an excellent list of details on the main batcave and other bases. I will try to list only the most relevant Batcaves and "caves" mentioned.
As usual, click all images to embiggen.

In The Outsiders (1985) #19, Batman confirms that he has a Batcave located somewhere in the LA area, which was designed by Batman and Dr. Helga Jace. 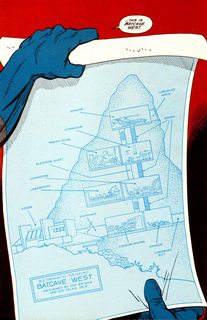 In Batman Incorporated (2012) #1, it is revealed that there exists another Batcave West located under a sex shop in San Francisco. (Indirect link due to less than savoury material).

In Batman: Bruce Wayne - Murderer?, Batman reveals that Alfred had a "temporary base of operations" prepared. 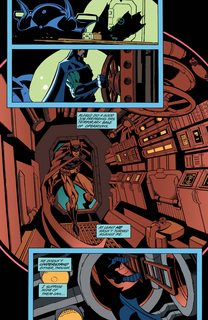 After it's original reveal in _Batman: No Man's Land Secret Files), the existence of Batcave East is reiterated in the 2012 Batman Incorporated #12.

Base next to Crime Alley

In Batman (2011) #0 it is revealed that Batman has a base right next to Crime Alley that has sewer access, a vehicle hangar, a lab and an armoury.

Has mini-batcaves scattered across the city

In Batman: Shadow of the Bat #88, Batman reveals to Robin that he had numerous "caves" prepared around the city.

In All Star Batman #3 we find out that a couple hundred miles north of Gotham there is another backup Batcave located near a walnut farm.

In Batman (1940) #186, Batman and Robin escape from Poison Ivy's hideout to an emergency Batcave on the outskirts of Gotham.

In Detective Comics #470, Batcave II is revealed after Dick Grayson goes to college and Bruce moves away from the manor into the city. This was however only temporary and the Batcave returned below Wayne manor after returning to live there.

In Batman and Robin Eternal #8, a Batcave in some catacombs in Prague is revealed.

In Dark Days: The Forge, Batman reveals that he has a Lunar Batcave, on the Moon. It even has Robot Sentry Bats to protect against unwelcome guests (although they do a pretty poor job against Superman).

The title of the 186th issue of Detective Comics Volume 1 is "The Flying Batcave". Batman builds the Flying Batcave as to ensure Robin's safety he had to agree not to step foot in Gotham for a week.

In Batwing #24, Batwing's suit malfunctions after a fight with Lady Val, he asks Batman for the location of a R&D centre where he can fix his suit. Batman sends him the location for Bat Bunker 3, where he first gave Batwing the suit.

Sourced from ComicVine will add the relevant comics when I find them.

There are actually 8 backup Batcaves and then the main one under Wayne Manor so these are the other 4.

Is located in the Old Gotham prototype subway station, a four-block stretch of track sealed in 1896 and forgotten.

Was used as a headquarters by the Outsiders when Batman rejoined the group. Another was introduced in 2002's Fugitive story arc, this time in the form of an abandoned submarine.

Mainly called Batcave West and located in Los Angeles. It first appears in Outsiders Volume 1 Issue 26 but was first mentioned at in Issue 19. 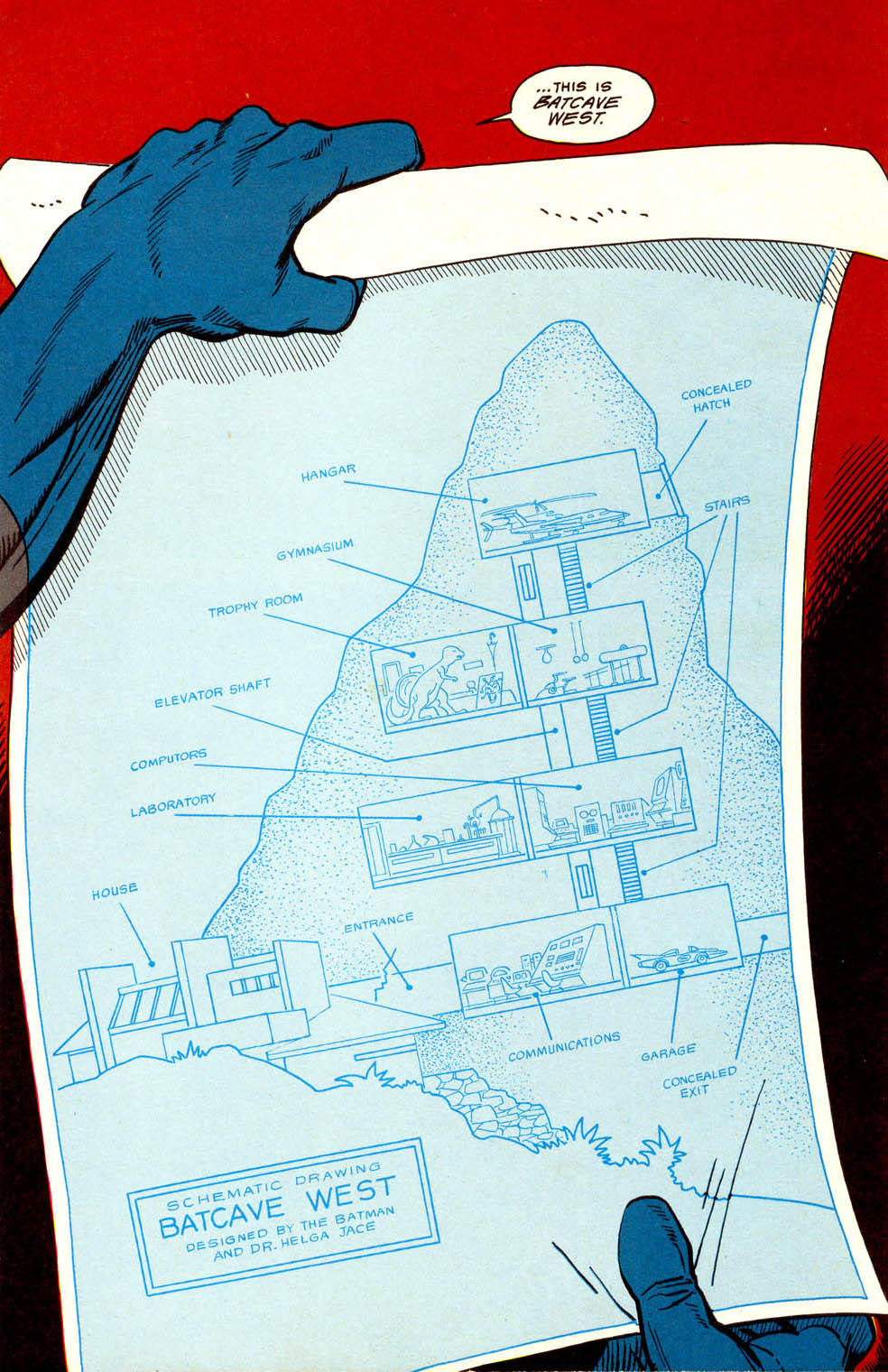 Bruce created an Arkham Bat-cave when he found a secret location in Arkham Asylum called "Dead-Man's Point." This was where criminals came to commit suicide. Batman jumps off and bat-glides to this location from 100 feet up. An armored Bat-suit, batgrapple and bat bombs are examples of what is stored here.

Under the penthouse of the Wayne Foundation building, there is a secret bunker. As of Batman #687, Dick Grayson has taken to using this as his Batcave, stating that he wishes to embody the role of Batman in a way that is specific to him as well as getting closer to the action in the city. The bunker is as well-equipped as the original Batcave, including the Subway Rocket vehicle stationed beneath the bunker. 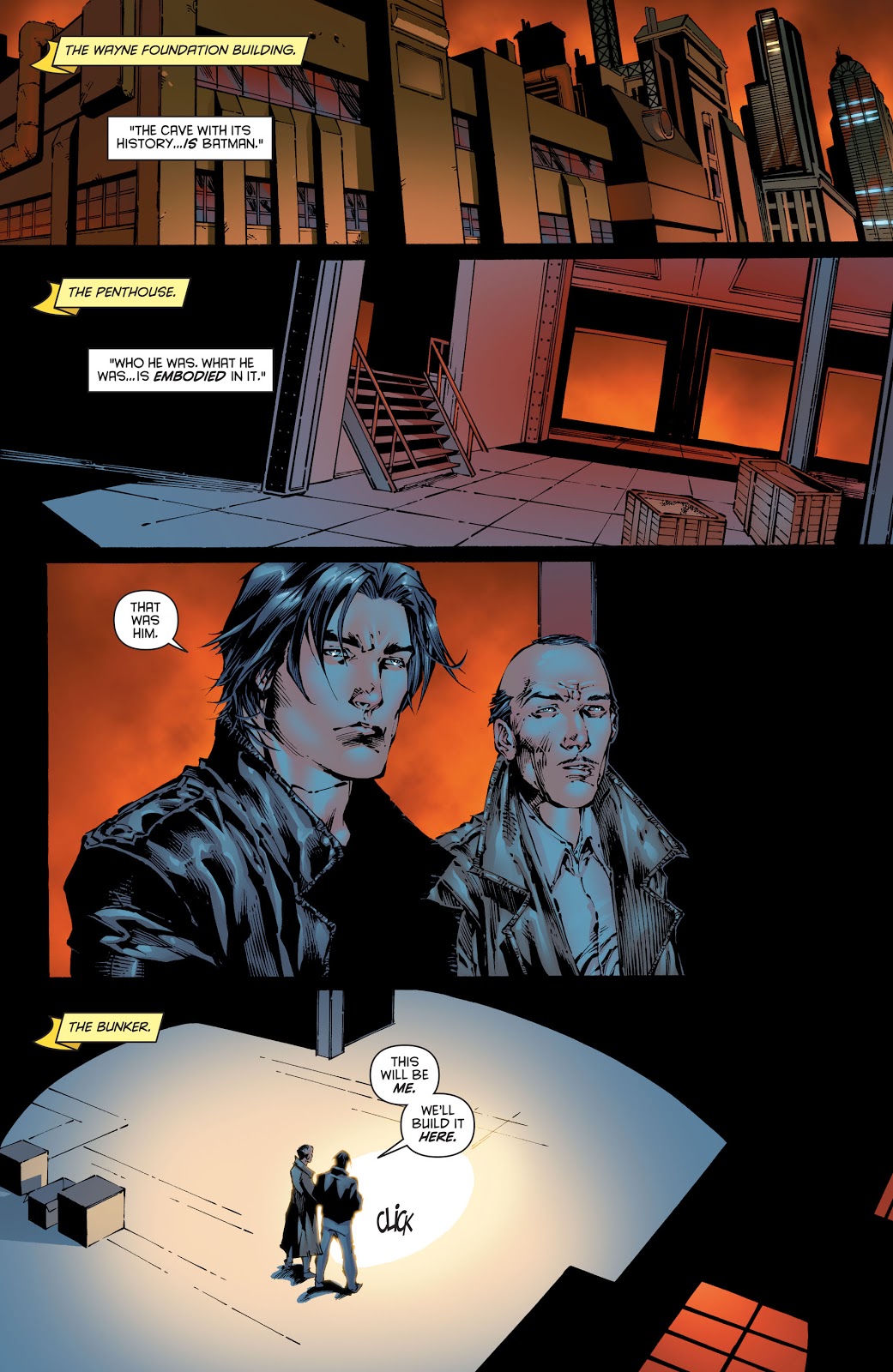 41
Why do Batman's villains blame Batman?
16
Is any of Batman's technology extraterrestrial?
30
How many people have deduced Batman's secret identity?
14
What are Batman's qualifications?
4
What is Batman's costume made of?
5
Were Batman's parents' killer(s) ever linked to Penguin?
1
What is Batman's “prep time”?
20
What is inside Batman's ears?