What is the giant creature at the end of the Battlefleet Gothic Armada 2 Trailer? 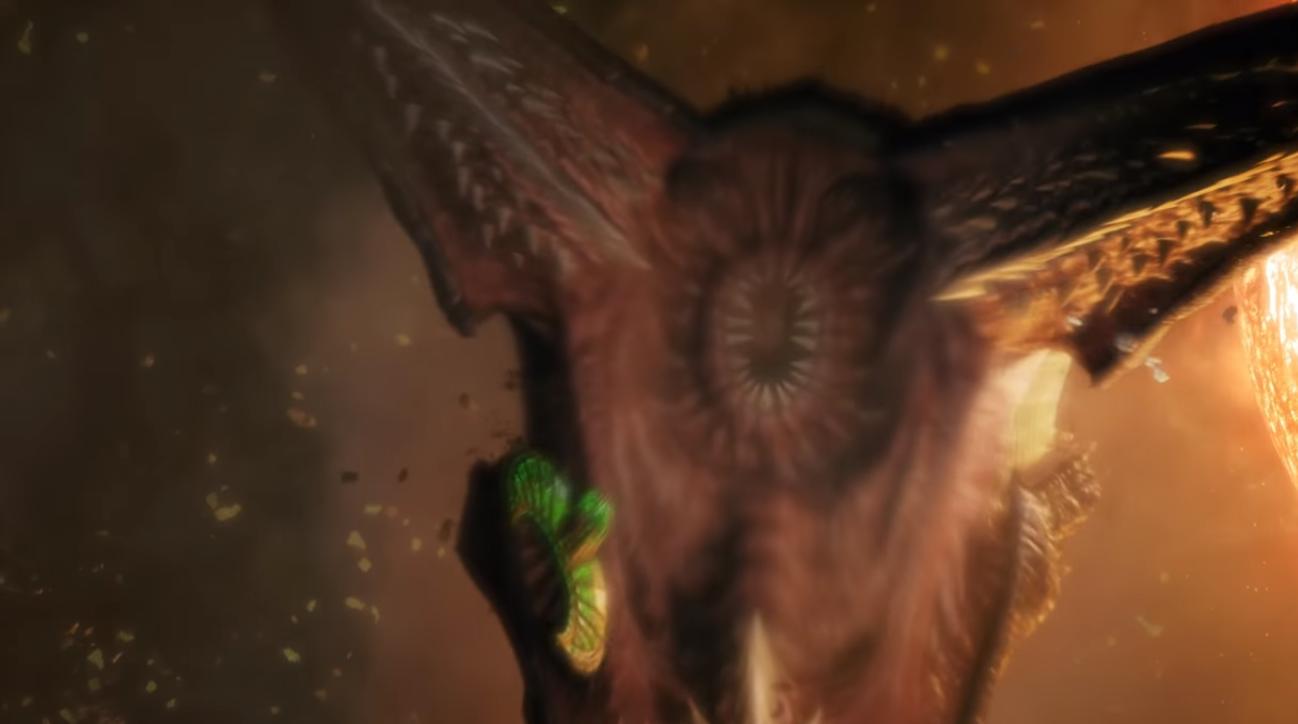 The upcoming Battlefleet Gothic Armada 2 will introduce a number of playable factions/races which includes The Necrons and even Tyranids. I don't have much knowledge of the space combat side of 40k. I can say for sure in this scene a Necron fleet was attacked, but by what exactly? Tyranid?

Above is an image of a Tyranid Hive ship from the game Dawn of War 2. The wiki says these ships form the heart of a Tyranid Hive fleet and are incredibly Massive, even by the standards of 40k, it easily dwarfs an imperial BattleBarge. Clearly large enough to swallow ships whole, though I can't make out a mouth if there is any.

I think it's indeed a Tyranid ship, to be more specific a Tyranid Hive ship.

Hive ships are Bio-Ships in a Tyranid fleet, they are basically very big Tyranid's. And are the biggest "class" of bio-ship.

Whilst the Bio-Ship in the 2nd image from Dawn of War 2 doesn't really look like the one you linked. But other images of a Hive-Ship do look significantly more like the one showed within the trailer. 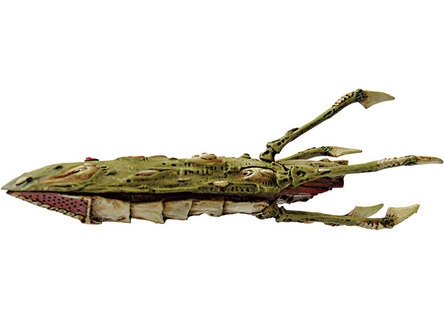 in the 6th edition codex for the Tyranid's is also a description of these bio-ships:

The largest bio-ships dwarf even the battleships of the imperial navy. Their outer skins are pocked with meteor craters, and grasping tentacles the length of hive-spires seek morsels to consume, enemy ships caught within their grasp are doomed to be broken apart and rammed into impossibly vast, churning maws.

You can also see the size of it really well in the trailer a Cairn Class Tomb ship which are the largest ships within the Necron fleet.

So I think the ship/creature shown in the trailer matches the descriptions given for a Tyranid Hive-ship really well, and am confident in it being one.

Not the answer you're looking for? Browse other questions tagged warhammer-40k object-identification or ask your own question.

2
What was this object at the end of an episode of The Flash?
41
What is the bottom left object in this picture of fantasy items?
4
What happened to the Conversion Beamer?
3
What is the range of the Astronomican?
12
What creature does the dinosaur-like skull on Ahch-To belong to?
2
What is the meaning of “Primarch?”
6
What are the Legions High Gothic Names?
14
What creature did Boba encounter while digging for water?
0
What are these two superhero(?) images that potentially look like the James Webb Space Telescope?