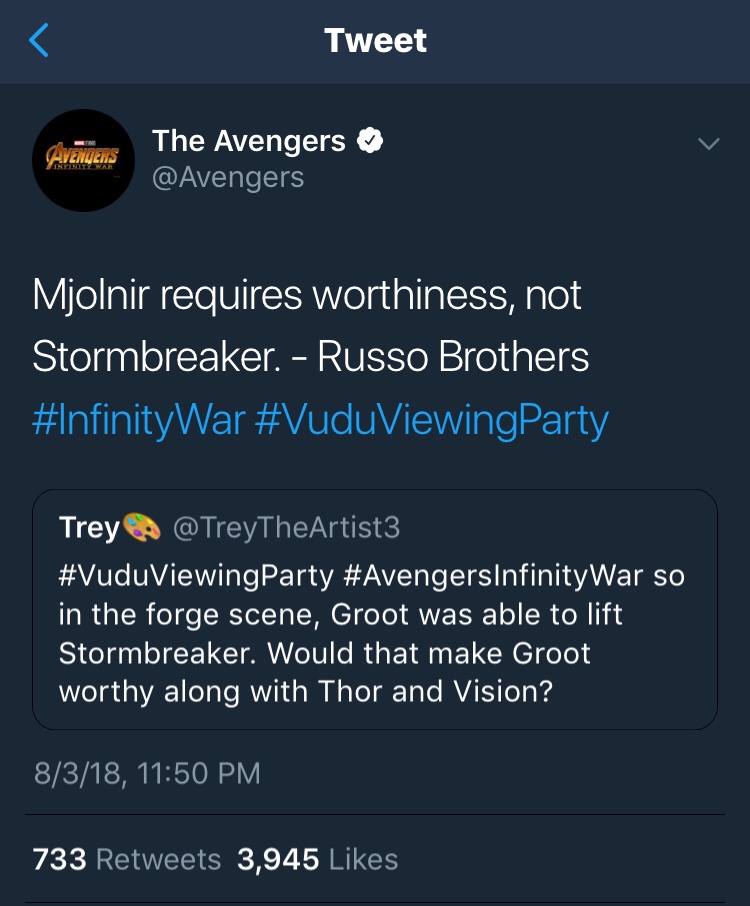 23
How did Captain America use this in Avengers: Endgame?
-5
Why doesn't Thanos channel Thor's lightning ability?
7
Why did Cap get Stormbreaker in that scene?

5
What will happen to "the enchantment of worthiness" on Mjolnir after the death of Odin?
17
Does being worthy negate the weight of Mjolnir?
2
How is Thor's hammer imprinted?
12
How does Zola end up like this in The Winter Soldier?
16
Why was Thor doubtful about his worthiness to Mjolnir?
26
Why didn't Thor use the All powerful spear instead of Stormbreaker?
10
What is Valkyrie's real name?
13
Did Thanos use the full power of the Power Stone to punch Captain Marvel in "Avengers: Endgame"?