marvel marvel-cinematic-universe avengers-infinity-war
Share
Improve this question
asked May 3, 2018 at 1:12 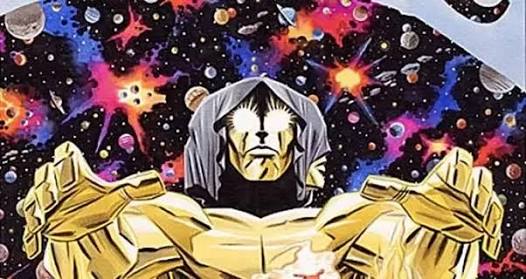 1
What beings are included in Thanos' culling?
0
Did the event in Infinity War affect animals?
19
Were other dimensions affected by Thanos' Snap?
20
In the comics did Thanos "kill" just sentient beings or all creatures with the snap?
12
Does the Multiverse exist in the MCU?
4
How did they feed people at the end of "Endgame"?
5
How uniform were the effects of the Snap?
2
Would all the not yet emerged Celestials like Tiamut not have been starved 50% during the "Blip"?
6
Did Thanos exclude certain alien races from the snap?
-5
Is the infinity gauntlet less powerful than each individual stone?
See more linked questions

13
Are Thanos and the Black Order affected by the Sanctum at all?
38
How does Thanos know Tony Stark?
22
How does Thanos know his plan will work?
39
What does Thanos mean by this?
4
Can Captain Marvel break the fourth wall?
7
How does the plan in the final battle solve the problem of Thanos?
13
Did Thanos use the full power of the Power Stone to punch Captain Marvel in "Avengers: Endgame"?
0
What are Thanos's motivations for destroying the Infinity Stones?