Why did Thanos choose the mechanism that he did?

Thanos' stated motivation in Avengers: Infinity War is to solve the problems of scarcity and overpopulation, by

wiping out half of the living beings in the universe,

which he needs all of the Infinity Stones to do. However, the Reality Gem allows him to control reality itself, which he uses in the film to

transform Knowhere into a burning ruin. This appears to be applied permanently, since it's still destroyed after he teleports away.

He uses the same power later on to show Titan as a green paradise. It seems to be some sort of illusion or vision in that case, but we know from earlier that he's capable of actually changing the planet itself if he so chooses, and presumably any other.

So, what gives? If Thanos wants to solve the problem of scarcity, why doesn't he just do it with the Reality Gem?

I think what happened was that Thanos landed on Knowhere, destroyed the planet and then used the Reality Stone to make it look empty but not destroyed for when the Guardians of the Galaxy came. So when he left, he just removed the illusion that the planet was not destroyed, because in reality he did destroy it.

Thanos' plan is biased due to his own psychological failings and problematic upbringing. 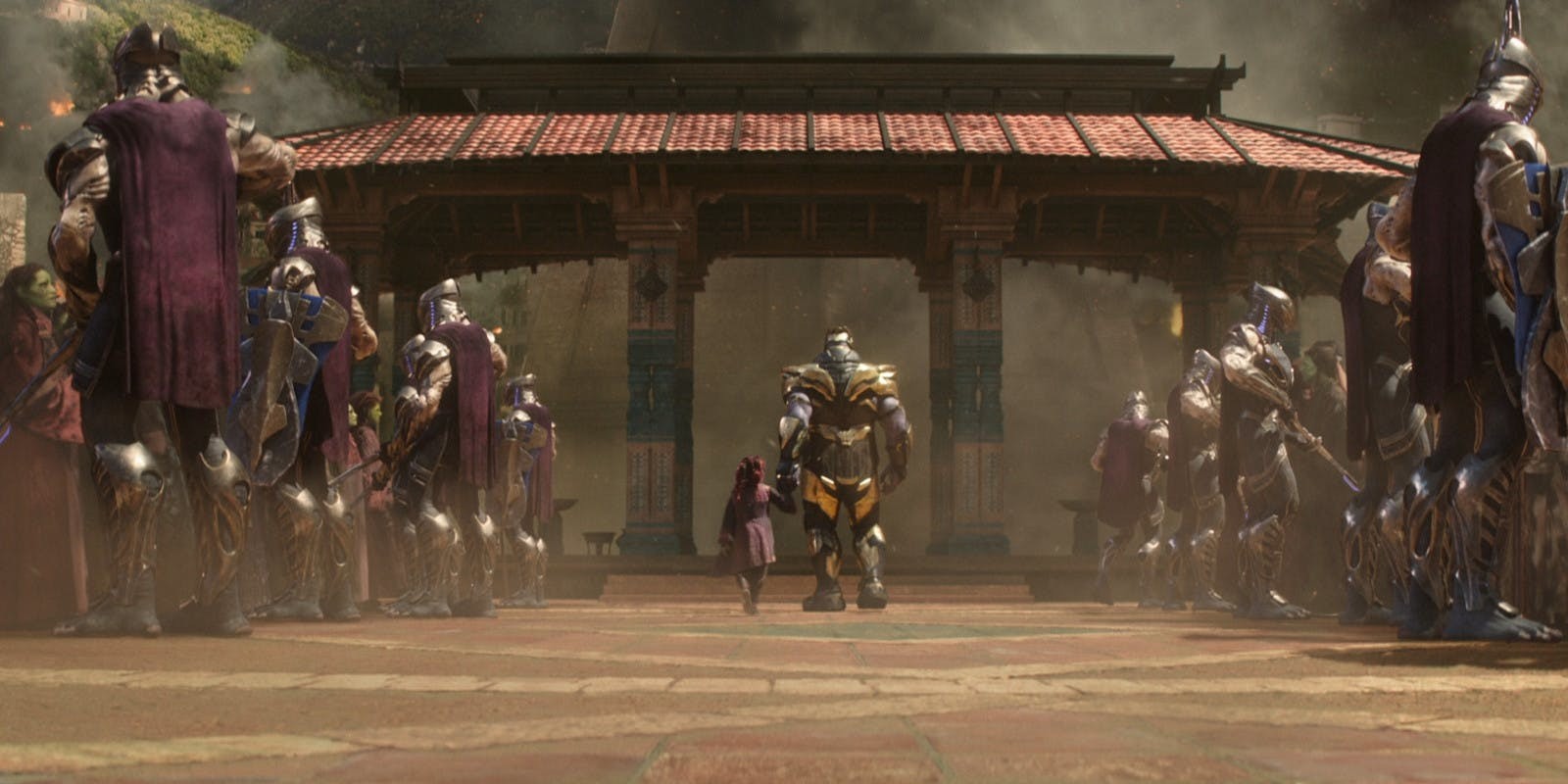 Having watched his own home planet fall into ruin due to starvation, which he blames on political infighting and an inability to make the hard decisions (which he describes to Stark and Company while on Titan) he appears to be suffering from a psychological breakdown (or is so murderous and psychotic) he's has decided to impose his idea of social order on a more widespread scale than he has to date.

Discovering the existence of the Infinity Gauntlet, he is convinced he can impose his social order at a Universal scale rather than going from planet to planet killing the population in the fashion he has in the past using his weapons, ships, troops and the Black Order to impose his will on planetary populations. Believing himself to be powerful enough to enact this by virtue of his use of the Infinity Gauntlet he has set himself above everyone else in the Universe as a defacto demiurge since he will perform this without the permission of any other species in the Universe, ushering, in his opinion, an era of Universal peace and prosperity.

The Reality Gem does allow Thanos to alter reality as he chooses. In most cases, he used the Reality Gem to create the illusion of everything working as he did at Knowhere and Titan, but if he were so inclined with the completed Gauntlet, he could have restored either place to its former beauty. It was incredible easy for him to defeat the Guardians on Knowhere but they return to normal because he wished it.

However, fixing planets and saving lives goes against his psychology as a serial killer, so it is unlikely he would do such things, even if the capacity were available to him. His choice of actions is based on his psychological limitations, subtraction half of every species is a simple idea he thought he would be able to enact across the Universe, and apparently was able to be done, at great cost to the Gauntlet and to Thanos, whose arm appears to be terribly burned when he is resting on his farm planet.

Unlike the comic Universe version of the Infinity Gauntlet, the Marvel Cinematic Universe version is taxed and burned out after use and it may have been beyond the Gauntlet to create something more nuanced for every civilization in the Universe.

Not the answer you're looking for? Browse other questions tagged marvel marvel-cinematic-universe avengers-infinity-war infinity-stones thanos or ask your own question.

31
What is Thanos's motivation for his action?