One such measuring tool was the use of the "genius levels of intellect" scale rated from one to twelve, with twelve being the maximum. Yes, there are rumors of a 16th level intellect but canon writings only take the scale to 12. Given the difficulties in determining how such intellects are rated:

The five markers set down by DC in the previous continuities of the DC Universe were:

Given these ratings and the recent reveal that Jor-El is at least an 8th level intellect and considered by "The Collector" to be Krypton's leading scientific mind, and Lara was also considered a first rate scientist on Krypton, this means Kal-El has the genetic potential to be considered a genius of that order. Assuredly with his mind's enhancement under a yellow sun, he is certain capable of being one of the most intelligent beings on the DC Earth. His greatest weakness is likely a lack of significant exposure to information and education to challenge his intellect to achieve its greatest state. 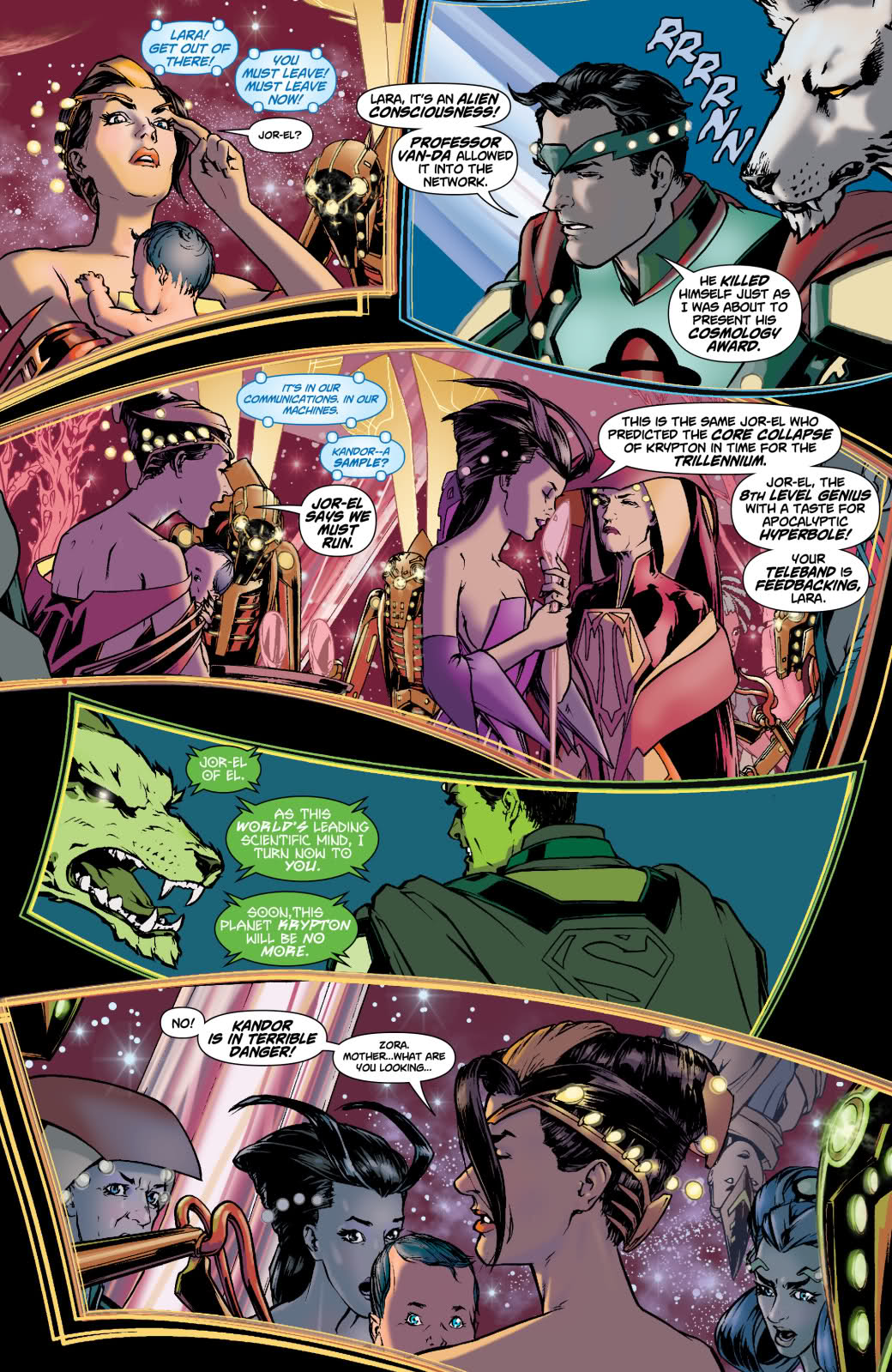 You can also see: "Does Superman's super-speed affect his thinking" for further ideas on the subject of Superman's intellectual capacity. 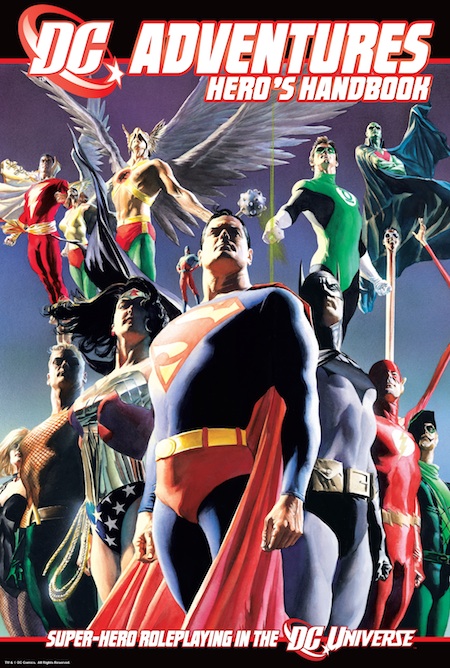 DC Adventures is an officially licensed RPG based upon DC comics. It is based upon a heavily modified version of the D20 system. One of the modifications is the ability scores - D20 has ability scores (which range from 3-18 for a normal human, average is 10) and ability modifiers (calculated as (ability score - 10)/2, rounding down).

DC Adventures (also known as Mutants and Masterminds 3rd edition) instead uses your modifier as your ability score, to better handle characters with enormous abilities (the D20 system has an unnecessary level of detail for stories where characters routinely lift tanks or throw others for miles).

In the DC Adventures Heroe's Handbook there are stats for Superman and Braniac. The stats in the books are for the 'iconic' versions of the characters, essentially the core character. They include notes for modifications for different versions (such as Aquaman with the harpoon hand, or when he heavily used magic).

In that book, Braniac is given an Intellect score (replaces the D20 'Intelligence' score) of 12.

Superman's Intellect is given as a 2. (His strength, on the other hand, is 19)

For comparison, Batman has an 8 Intellect, and Lex Luthor has an 11.

The game is officially licensed and the material was approved by DC, who paid close attention to the character builds, so it's as close to an official word as we will get.

In the finale of Season Two of "Justice League Unlimited" Lex Luthor states that he is "overqualified" to pass a obstacle requiring a '12th level' intellect...

The Source Wall appears in the final episode of Justice League Unlimited, "Destroyer". Metron takes Lex Luthor there to find the Anti-Life Equation. Metron himself is unwilling or unable to take him any further, and warns Luthor that only a "twelfth-level intellect" has a slightest hope of surviving such an experience. Luthor dryly states that he is overqualified then leaps into the wall. He is seemingly correct, as shortly after, he appears again on Earth in possession of the Anti-Life Equation. Dwayne McDuffie when asked what happened to Lex Luthor and Darkseid when they seemingly exploded from the Anti-Life Equation stated that they were fused with the wall, as all living things that solve the equation are. As a subtle homage to Jack Kirby, Galactus image can be seen on the wall.

Superman-Prime also manages to pass a Source Wall (albeit by destroying it) which would suggest that by definition he has also at least a level 12 intellect;

The reason that much of this information is muddled is that it combines PreCrisis and PostCrisis versions of Superman, Lex, etc. In the PreCrisis continuity, Superman and Lex were both 9th Level. The Post-Crisis Superman was not much smarter than the average human.

Superman only does not reach brainiac and lex level of intelligence(but is capable of lexs and even more) because he does not really study or make findings , well as u sud know superman brain is capable of great feats he could read billions of world and assimilate without problem and tell u every bit of it any time. Again superman brain is much more advanced than lex(es) ,he is just human while superman brain is capable of much more. If superman had studied like lex he would have being one of the most intelligent beings, but he spends time on ...... U all know. So i would rate superman on the intellectual he is capable of and not is intelligence 90% upwards and brainiac intelligence (well thats because he is a computer and contains many database of galaxies aliens ...name it) 95% upward. Lex well just a genius and for that he is going to also have a slighlty different brain(not in structure)a 80% upwards he is just human. This sud clear it up with all the explanation. By, Akala Ayodeji.

29
What happened in Justice League Unlimited final episode?
5
How were Krypto and Superboy able to fly after Luthor made our yellow Sun red?
4
Why did Lex Luthor tell Mercy to call his attorney?
22
How does Lex Luthor know Superman's identity?
7
What purpose did Lex Luthor's blood have?
32
Why does Lex want to discredit Superman?
10
How did Batman develop genius-level intellect?
6
When did Lex Luthor save the world from Superman?
8
What happened to Silver Age Superman?
8
Has Superman ever willingly revealed his identity to Lex Luthor?