Do lightsaber blades and/or blaster bolts cast shadows? (I know it's possible to see a blade's shadow on the ground during Episode VI, but that was clearly due to technical limitations, not intentional.) I'd appreciate an answer that lines up with the canon, please.

If we assume that lightsabers and blaster bolts are some kind of plasma, they should cast a shadow under the right circumstances. Stars are big balls of plasma and one star can block the light of another, such as in an eclipsing binary. Flames, which include a small amount of plasma, can also cast shadows, either by absorbing some of the light or refracting it due to currents of heated air. 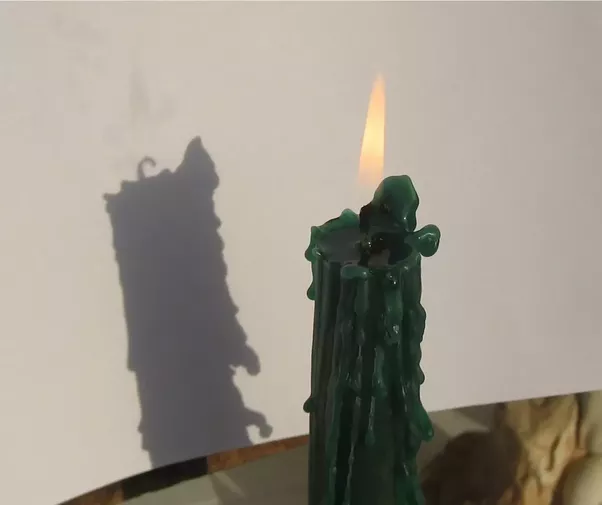 Quora, Why doesn't a fire or a flame cast a shadow, while other things around it do? If there is no shadow, does it mean light can pass through it, even though flame is not transparent?

Shadows are formed when there is something between a distant light source and a surface blocks some of the light. However, if the object blocking the light, like a lightsaber, is emitting light itself, the shadow will only be obvious if the distant light source is much brighter than the light-emitting object.

Plasma strongly absorbs light, but also strongly emits light. However, if you have a strong enough light source, you should be able to see a shadow from a lightsaber or blaster bolt.

From this image from Episode I would appear that they do cast shadows, though the angles don't look quite right to me. 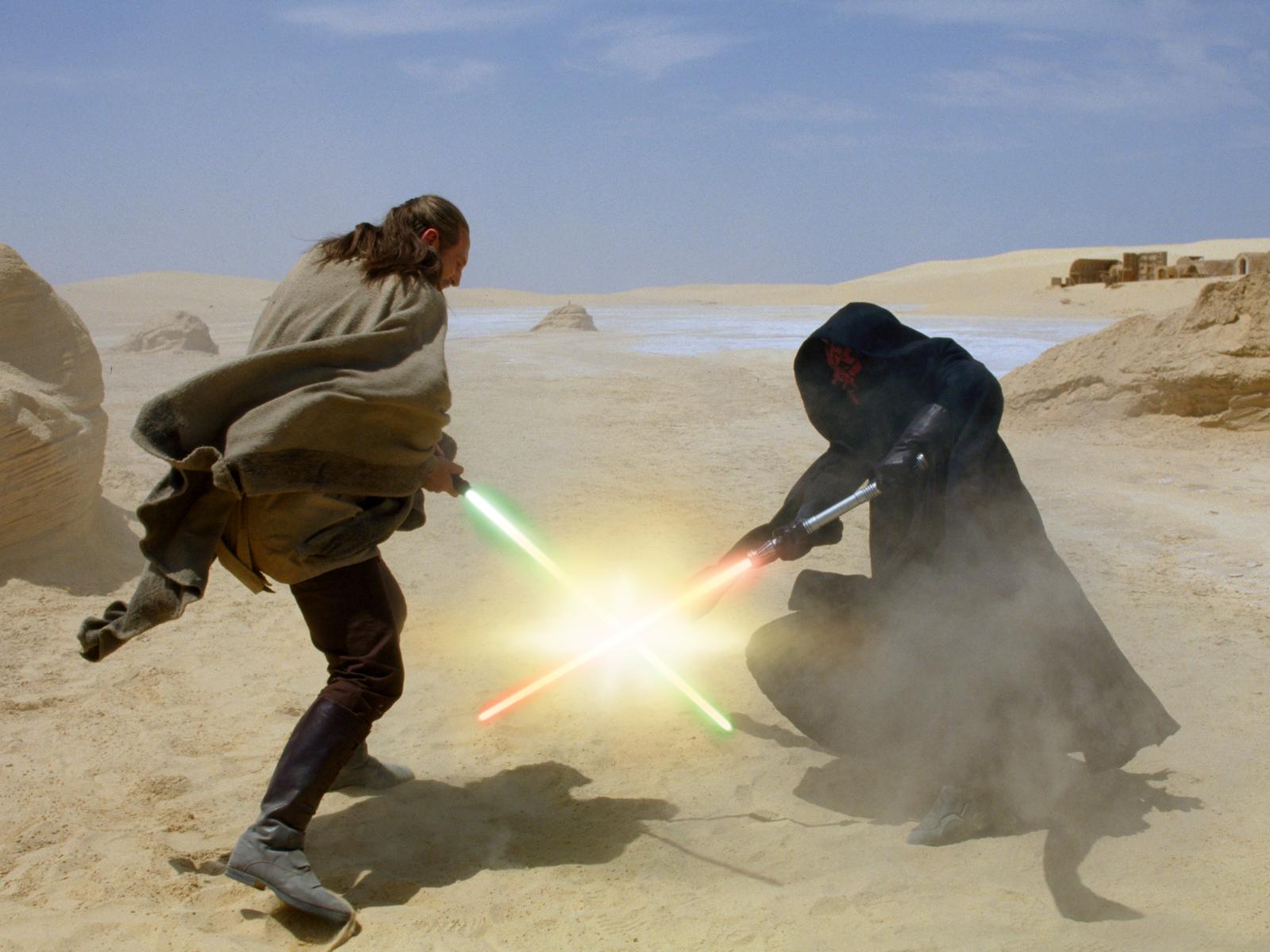 From Season 1 Episode 14 of Star Wars: The Clone Wars, "Defenders of Peace", Ahsoka's lightsaber clearly casts a shadow. This is animated and so is not the result of a mistake on post production forgetting to remove a prop's shadow. 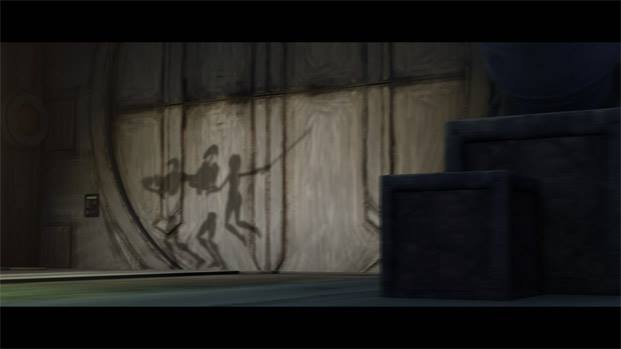 The above example comes from the verified Facebook page Star Wars: The Clone Wars and has the following description (emphasis mine).

When Ahsoka cuts down droids inside the Separatist base in season one episode Defenders of Peace, she is shown in silhouette and her lightsaber casts a shadow. Contrary to online debate, there's nothing wrong with this. Lightsabers do indeed cast shadows; anything that is opaque does. Try it with a fluorescent light tube.

Blaster bolts on the other hand would appear not to cast a shadow as we see when Kylo Ren halts a blaster bolt in Episode VII.

Again in Episode II there appear to be no shadows coming off of the blaster bolts.

Some out of universe reasoning here is that the bolts are added in with effects whereas the lightsaber blades are full props used in the fighting and so will cast a shadow.

In Legends a lightsaber wasn't really the same thing as a blaster bolt. In fact, in Legends the explanations of lightsabers have changed from source to source. One interesting example I will link, at 3:35 it shows that lightsabers are far more solid than just magnetically contained plasma. This would support the shadows seen in the films and shows as more than just a result of the limitations in filming.

Blaster bolts have always been described as plasma and would likely obey the rules of our known science and not cast a shadow unless particularly outshone by another light source. I can't think of any visual examples of this.

This link talks about how any light source that contains mass is technically able to have a shadow when certain criteria are met. All that is needed to create a shadow is to block or redirect light.

So technically the answer would be yes assuming that a lightsaber blade or blaster bolt is more than just a source of light but actually plasma or some other form of matter undergoing a reaction. But to get further into an explanation of the exact requirements to cause this shadow, one would have to make assumptions about the intensity and frequency of both a lightsaber blade and a blaster bolt. So the answer is absolutely that yes, they would in the right situation cast a shadow but attempting to determine that right situation is not scientifically possible without an actual real world example.

Lightsabers are Plasma beams and have almost no mass. explained here But I have very little knowledge of how plasma and light interact.

The out of universe answer is that they used props of solid objects therefor casting a shadow.

Edit: There is a helpful explanation on plasma here

I think that neither lightsabers, nor blaster bolts cast dense shadows, but they may and probably do cast a poor shadow. Why I think so? Take for instance a laser from real life, it won't cast a dense shadow since most light will go through it. A lightsabers will probably block some of the light too, but most of it will go through.

69
Why do blaster bolts move slower than the speed of light?