Does it matter in which space the Stones are placed?

Thanos gathers the Infinity Stones one at a time.

I realize the MCU and comics are different but in the comics is it important which Stone goes in which slot and the order they are placed there?

In the MCU I would argue that the order doesn't appear to matter but in the comics things are a bit different. In Earth-616 and the comic New Avengers Volume 3 Issue 3 the Gems get placed in an order different to how they were being held but were being "forced into one" to create the Gauntlet. It is unclear if they switch positions because they need to be in a certain position or just because that's how they ended up or because that's how the group wanted them to appear. 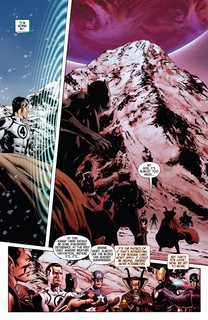 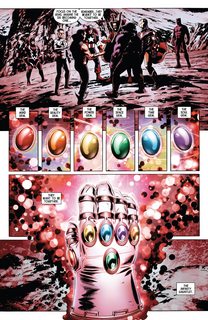 In the Infinity Gauntlet Thanos seems to place the Gems into the Gauntlet in a similar manner to how he did it in Avengers: Infinity War which would indicate to me that the order doesn't matter. He gets them one at a time from defeating the original keepers.

Not even Death realized what Limitless might the Mad Titan was striving for. Through cunning, sheer strength, and murder, Thanos wrested the Infinity Gems from those that possessed them and with each acquisition he gained mastery over... 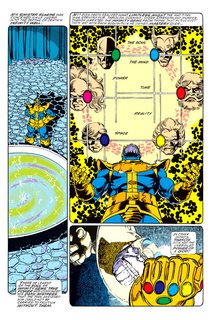 It's worth noting that in each 3 instances here, the two comics plus the MCU, the order of the Infinity Stones is different which could be something to do with the different universe or could indicate that the order doesn't actually matter.

Not the answer you're looking for? Browse other questions tagged marvel comics infinity-stones or ask your own question.