I used to be a regular visitor at my local library, at some point for sci-fi/fantasy books mostly. However, I did venture into the comic book section from time to time and it was there that I found this one comic.

Disclaimer: I read the story in Polish, but it was definitely foreign in origin.

It told a story of a pair of human astronauts (female and male) that ventured to a seemingly less-known planet (at least to humans). It was some sort of a hub, for other civilizations at least, but humans were not too well known in that part of the universe. Our crew wandered into a flea market, where upon spotting a simple pocket watch one of the pair (the girl) bought it as a peculiar trinket to be found there. The catch was the aliens did not really need anything to follow the flow of time, so when the astronauts were called out by one of the planet's rulers from a stage to explain what the item they possessed was used for, all the commoners around just laughed.

The planet's rulers turned out to be one of Earth's first astronauts that travelled far out of our Solar System, and the very arrival of our pair of astronauts caused some huge stir up in the planet's ruling system. This lead to a larger interplanetary conflict, where I believe some huge trading guild was involved.

Essentially, radiation turned the former immortal, but burned them horribly and made despise Earth in exchange.

The thing is, the terms and scenes I remember from the comic book are so generic, it was impossible to identify it. I recall no names. Moreover, I no longer live anywhere near my hometown, so no way I return to my library just to check any leftover comics.

Hopefully you happy lot can help me identifying this tough nut.

Questionable (jogging my memory brought these memories, but I am not 100% sure of their truthfullness):

story-identification comics
Share
Improve this question
edited May 22, 2018 at 9:26

That is one of the Valerian & Laureline graphic novels by Pierre Christin and Jean-Claude Mèziéres, L'Empire des Mille Planètes (Empire of a Thousand Planets).

Valerian & Laureline are on a mission to the planet Surt, which turns out to be ruled by ancient astronauts from the planet Earth, who are horribly disfigured by radioactivity, but have found some way to extend their lives. Laureline find and buys a pocket watch at a market, which is quite strange, since the indigenous population can naturally tell time and don't need timekeepers. 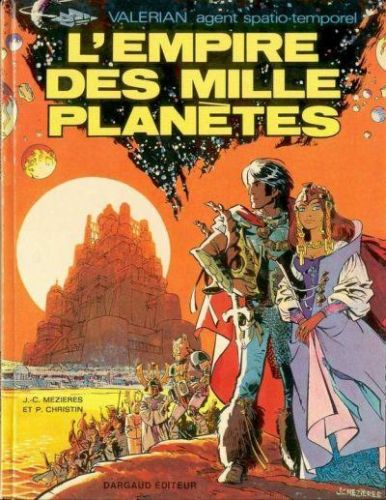 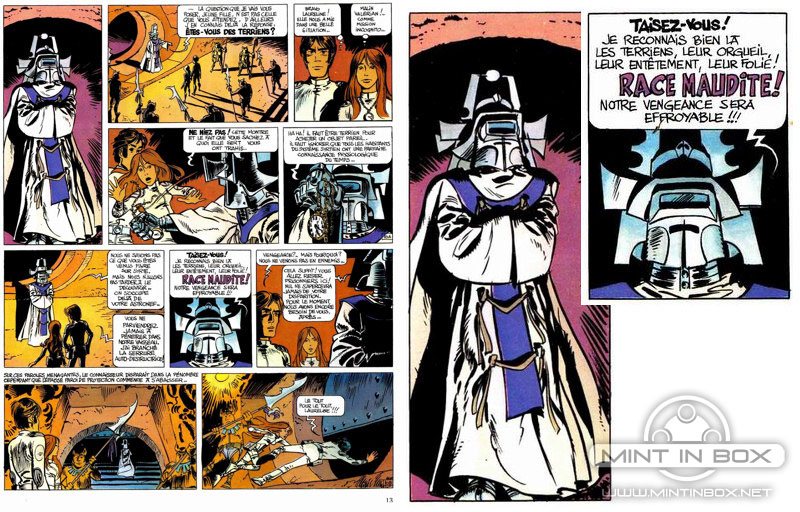 4
Lost in alien world - Comic book identification
12
Book Identification: young adult sci-fi with a Christian slant/influence 90s/80s novel part of a series
23
Story about astronauts who set off an alien warning beacon on the moon (or Mars?)
11
Searching after a science fiction book/series about Galactic war with a weaker Human/Alien Alliance vs. Another hostile alien race
13
Short story collection about extinct alien civilizations
11
Science fiction book regarding Earth's destruction by aliens
4
The origin of the Moon: Comic book
15
Story identification - Desert planet with "Makers"