I read this story in a comic book, between 1972-1975. I think it might have been one of several stories in the comic book - a standalone story, not part of any franchise like Thor or Green Lantern or anything like that. I'm pretty sure I got it from my local convenience store's comic book rack, so it probably wasn't too obscure a title.

2 planets, populated by humans (they may have been Mars and Earth), were involved in some sort of cold war. The planet that I think was Mars was very belligerent, and ruled by a dictator or warlord. Eventually this planet launched its missiles at the other planet (possibly Earth) and devastated it. But the last few panels of the story showed disguised hatches opening in the blasted surface, and launching a massive retaliatory strike against the warlord's planet. The last panel showed his corpse, which I think was floating in space (possibly implying that his planet was completely destroyed), with a caption to the effect of "those who live by the sword, die by the sword".

story-identification comics
Share
Improve this question
asked May 18 '18 at 21:18

Story about it, including scans, is here. Turns out that Earth was the belligerent planet. 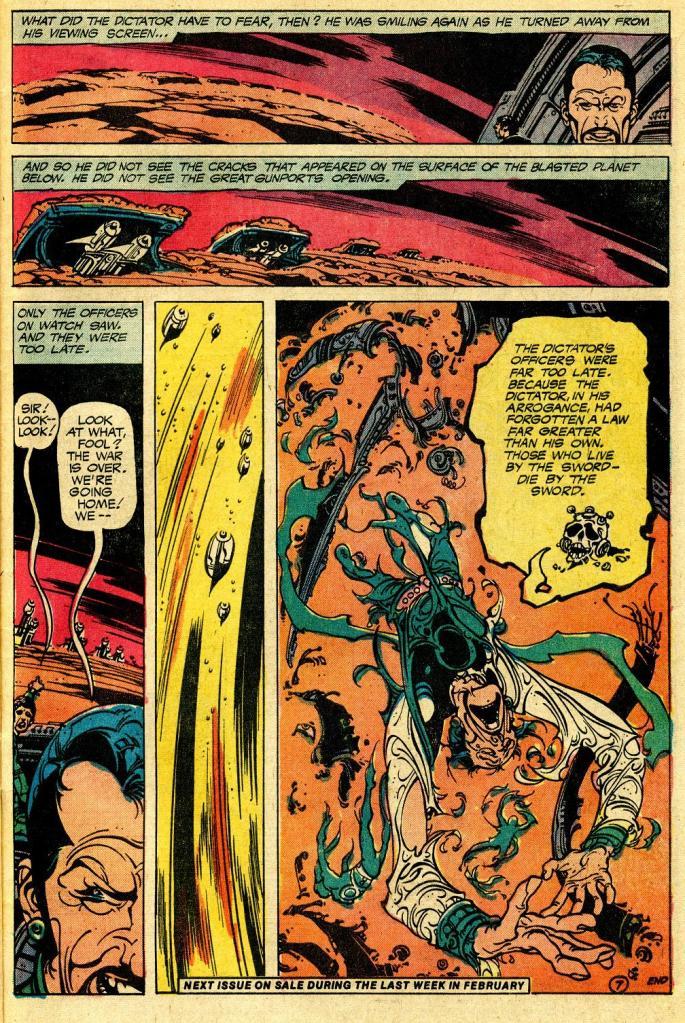 6
Story Identification: Linguist Ambassador between planets?
26
Books about dragons and war from a cat-loving author
15
Comic book with color coded realms
23
Sci fi book, man buys a beat up spaceship and intervenes in a civil war on a planet and eventually becomes a space cop
6
Looking for a name of science fiction book similar to John Carter of Mars