Who snitched in X-Men: Apocalypse and why?

So my question is based in the scene where “Henryk” aka Magneto saves the life of one of the men in the steel factory. He moves the steel canister so it doesn’t fall and kill the man when the chain snaps. We know this already.

My question is why would somebody tell on him for using his powers to save that man's life?

It seems likely that the person who "snitched" on Magneto was this guy who saw him extend his hand and then look around suspiciously.

As to what motivated him to talk to the police, we can't really say but the general consensus seems to be that Magneto is a vicious murderer and would-be assassin of world leaders rather than a misunderstood advocate for mutant rights.

Police Chief: Nobody in this town really knows you.

Magneto: Yes you do. I am Henryk Gurszky. Jakob, I've had dinner in your home...

Jakob: And you were lying the whole time. I brought a killer into my house.

The news article held by the policeman talks about Magneto being an existential threat to the entire world. 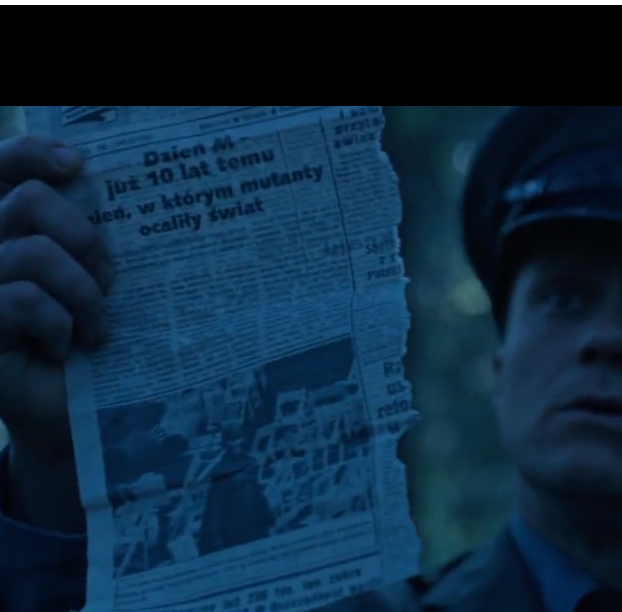 "M-Day. 10 years Ago. The day on which which the mutants saved the world".

I would like to give more context regarding why exactly the snitch would be so eager to come out with his knowledge of his workmate's superpowers.

At that moment of the movie (1983), the action's set in Polish People's Republic, time of great political turmoil - sort of Sturm und Drang moment. Workplaces were being infiltrated by intelligence and secret service, because those were the places where the first countrywide union (Solidarność) was emerging and building up its power. Instead, some folk saw it as an opportunity to gain financial advantage, as snitching was a paid hustle here back then.

So to answer your question: history and context made the man/snitch.

Not the answer you're looking for? Browse other questions tagged marvel x-men-cinematic-universe x-men-apocalypse or ask your own question.

10
In X-Men: First Class, in the beginning scene, why doesn't the child Erik attempt to kill Shaw?
0
Could Magneto harm Husk?
3
Is Jean Grey the only person Toad has slimed?
11
Did X-Men Apocalypse take place over a single day?
10
Why did Apocalypse destroy all nuclear weapons?
3
Are Nina from “X-Men: Apocalypse” and Anya from comics the same character? What are her powers?
5
Why did Apocalypse choose Psylocke and Angel?