At least 15 years ago, I read a comic book about a hero from our world being summoned to a magical realm (it might have been a different planet). The magical realm is divided by colors: red, blue, green and yellow. The humans have those skin colors as well, except there are humans with no color at all (pink skins). Those are used as slaves.

Our protagonist turns up to be one of those (he is caucasian, so it means pink skin colorless to the natives) and is almost immediately enslaved after his summoning and trying to accomplish something in the red nation. The main villain is the Red King, the king of the red realm. He is a sort of warmonger. His daughter, red princess, gets a liking for the protagonist and makes him her personal slave.

The blue realm wizard is helping our protagonist. We don't see much of the other realms, except for one panel that shows that giants live in the deserts of yellow realm.

The story ends as the red princess is captured and used as a hostage by the blue wizard. The protagonist is then sent home.

It is all a sword and sorcery sort of comic book. It might be European.

Edit: I read it in my language, but I doubt it was originally written in it. It might have had Rainbow in the name. I read it between 1997 and 2003, but I think it was written in the 80s, because my country got everything 10 years late. It might have had our hero carrying sword on the cover. Along with wizard and I think a lion or a wolf or maybe tiger.

Might be either the writer or the drawing guy had French or Spanish name. Something like Guliani or Cartiani. Or maybe La Fuego or La Fuente. 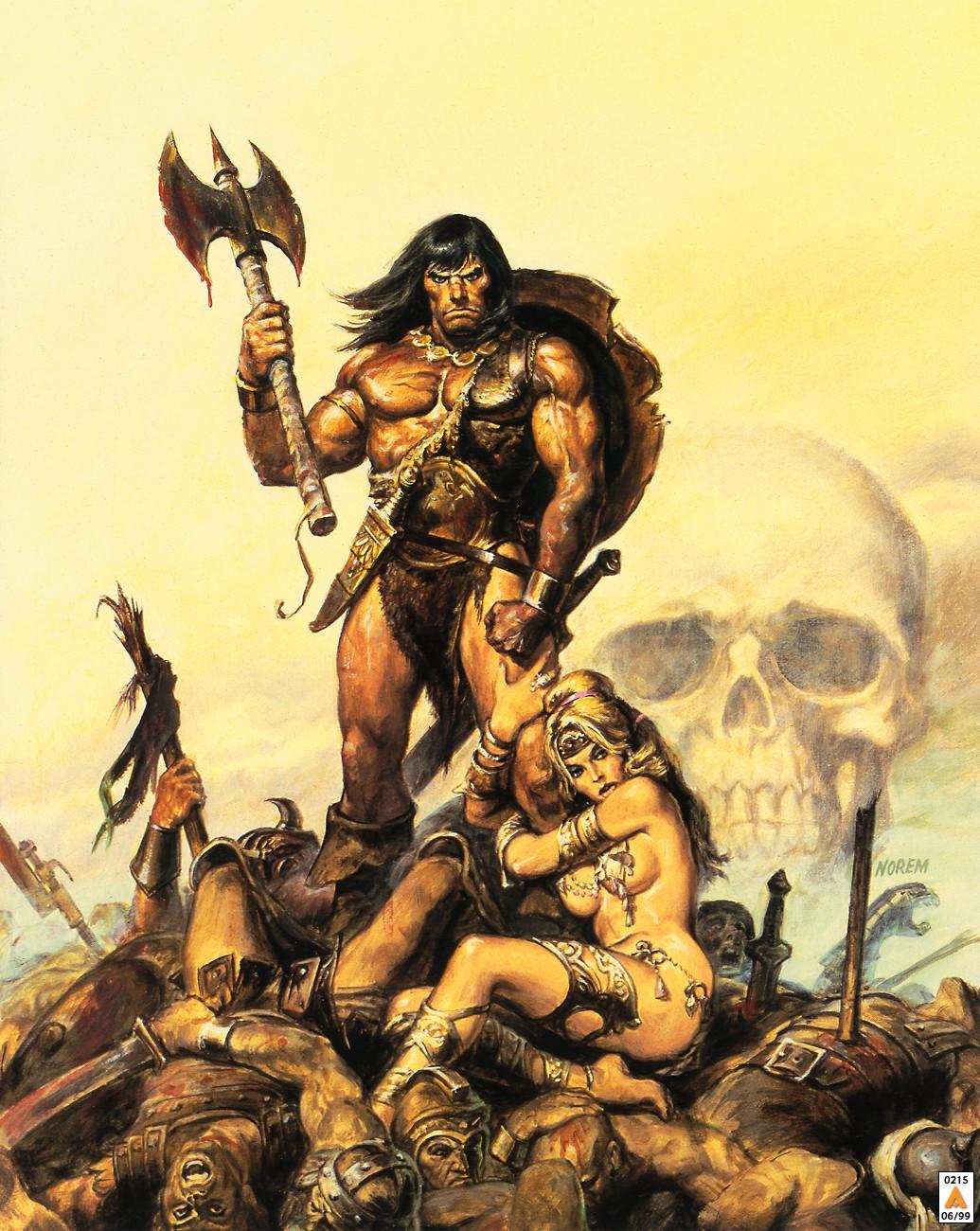 I think that target audience was either older teens or adults. I have read it in a magazine and it was cut in 3 pieces there (the magazine is weekly, so I read it in 3 weeks) but I think it was the length of stand-alone graphic novel.

Found it, after going to national library and physically searching through front pages of around 200 issues of the magazine I read it in. As in, microfilm machine, not digital scans. I mean, bloody hell. This is 21st century.

The original name of the comic is

which translates to "The Rainbow Warrior".

It was originally published in September of 1987. I read translation of it in 2002. 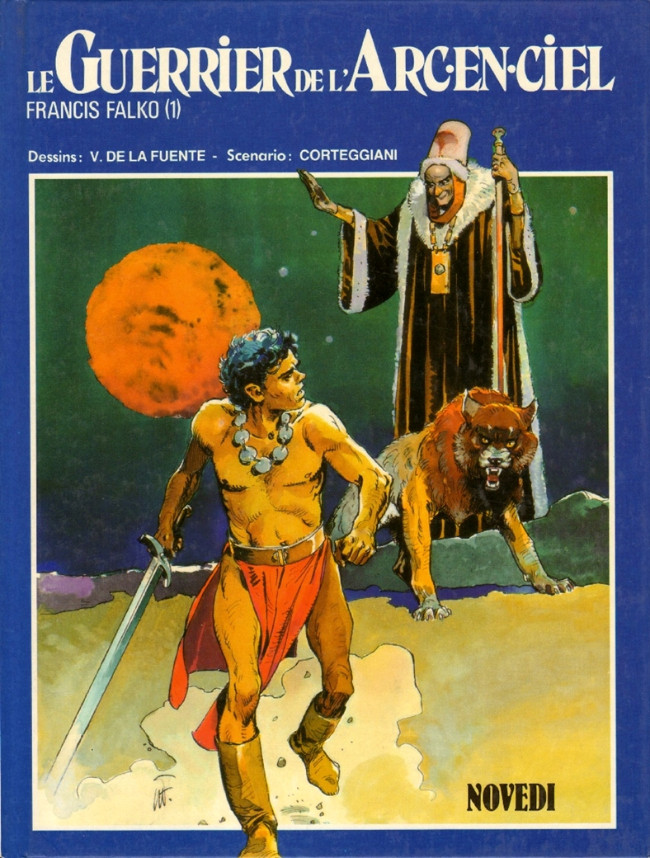 Now, if only I could find pdf of it somewhere or read it online in English, because I don't speak or read French. But that's story for another time. At least I solved this mystery.

Not the answer you're looking for? Browse other questions tagged story-identification comics sword-and-sorcery or ask your own question.

6
Space Opera Comic 80s/90s
8
Fantasy book with color-coded magic with gold magic as highest and enchanted armor
26
Identify a (French?) comic series about a female adventurer
8
Comic with superteam; electric woman, guy who can make things with his mind and a glowing 'wolverine guy' who can fly
6
Book about a man who crashes on a planet and saves the princess with a magical weapon
6
Fantasy book, YA, Girl with magical powers & tattoos
6
Comic book story- nuclear war between 2 planets
7
Illustrated children’s book with Ewok like creatures crashing spaceship in a forest
10
Book set on Mars with a hermaphrodite character