In the books and movies 'Reparo' is often used to mend certain everyday mundane items like tables, wands, plates, jars, crockery, furniture etc. So according to what I understand, 'Reparo' is capable of 'repairing' any damage done to the physical form of the object. My question is can it work on similar injuries as well.

Consider injuries like broken bones, dislocated joints, eyes popping out, crooked teeth etc. All of these are the result of mechanical stress applied at different parts of the body. Can these be repaired by the 'Reparo' spell?

No, Reparo isn’t for use on living things.

In Wonderbook: Book of Spells, it’s explicitly stated that Reparo is only for use on inanimate objects. It won’t work as a healing spell on living things as it does a way to fix broken objects.

It states that it should never be used on humans or animals.

Please note that the Mending Charm must NEVER be used on humans or animals.
- Wonderbook: Book of Spells 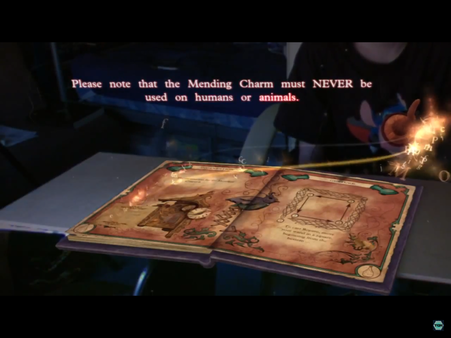 Then it further explains why not to - because it can cause extreme scarring. There are ways to heal magically without this, so

Extreme scarring may result from attempts to heal wounds with this spell, which is suitable only for inanimate objects.
- Wonderbook: Book of Spells 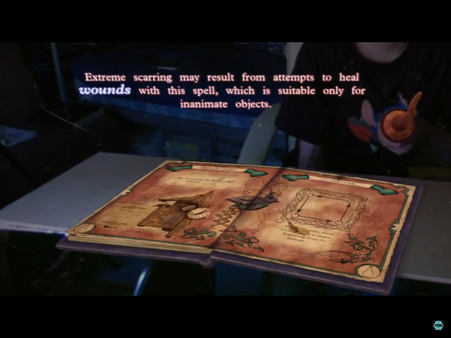 There are healing spells intended for use on people, like Episkey, so in the case of a physical injury, one of those should be used instead. For example, Tonks used Episkey to fix Harry’s broken nose, and Harry used it to fix his Quidditch teammate’s swollen and split lip.

Harry’s nose felt very hot, and then very cold. He raised a hand and felt it gingerly. It seemed to be mended.”
- Harry Potter and the Half-Blood Prince, Chapter 8 (Snape Victorious)

Harry’s nose was properly fixed with Episkey, and like it was never injured. Reparo wouldn’t be anywhere near that seamlessly effective on a living thing, and since there are indeed healing spells, it wouldn’t make sense to use a spell that could cause more damage rather than one that’s actually intended for that purpose and will completely fix it.

We never find Reparo being used on injuries in the books. In fact, in the second chapter of Deathly Hallows we find the following:

It was stupid, pointless, irritating beyond belief that he still had four days left of being unable to perform magic... but he had to admit to himself that this jagged cut in his finger would have defeated him. He had never learned how to repair wounds, and now he came to think of it – particularly in light of his immediate plans – this seemed a serious flaw in his magical education.

Considering that Harry already knew the Reparo spell, this would imply that Reparo is not a spell for repairing wounds.

13
What is the difference between Diffindo and Sectumsempra?

6
What are the rules governing how a Patronus can interact with the physical world?
1
What were the other injuries to Weasley family members?
0
Does physical contact (by a person) with a cast Patronus shield negatively influence the effectiveness of the Expecto Patronum spell?
14
Can ghosts affect the physical world?
7
If no spell can reawaken the dead, how did the resurrection stone work?
5
Does the Elixir of Life heal injuries?
1
Why didn't anyone use the reparo spell on Harry's broom?