Some time ago, I asked a question about a precursor for Robin named Batboy, see here. I've since found the following image that I think is the story I was thinking of and it turns out the character was called John Vance with the alias Batman Junior.

Can anyone provide anymore details? I believe it was a relatively minor story to the main story, so don't think it had a major emphasis on the front cover. I notice that Batman's bat symbol isn't placed within a yellow ellipse (as well as the general drawing style) which gives clues about when the story was written. 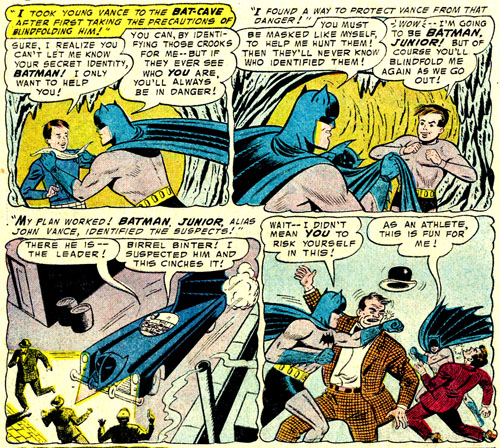 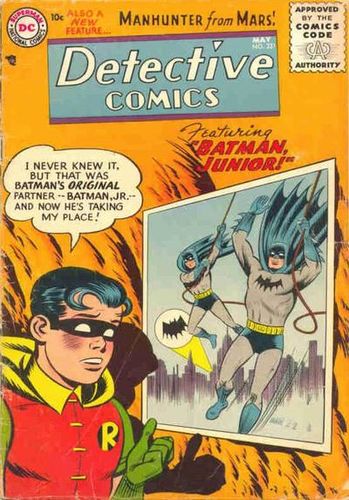 When Batman doesn't allow Robin to come with him on a case, and the Boy Wonder learns by accident that Batman had a partner before him, Batman, Jr. The real identity of Batman, Jr, is John Vance, who is currently working together with Batman to track down recently escaped gangster Birrel Binter. Out of frustration and sadness, Robin confronts Batman with the truth and he learns that Vance was Batman, Jr. for only one case, after which he never worked with Batman again until now.

This is the page your image is from: 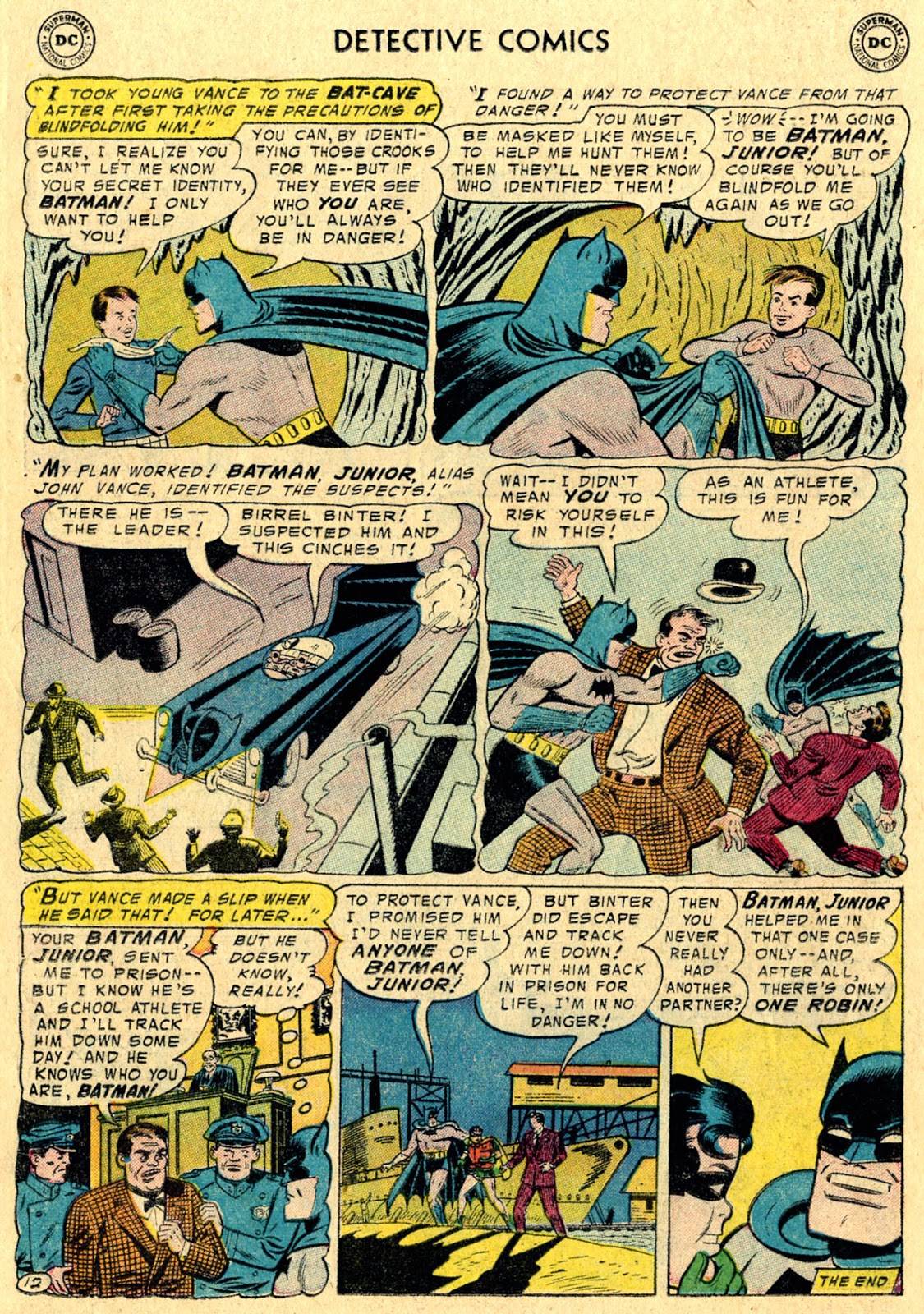 1
Is Batman Begins set in the same timeline as Batman, Batman Returns, Batman Forever, and Batman and Robin?
4
When do Batman and Bane first fight?
10
Should I start reading batman from the start or from the new 52?
2
What Batman story mentioned Batman and Bat Boy?
16
Looking for a Batman Comic where Batman had real wings
1
Which Batman story is this scene from?
15
Comic book with color coded realms
16
In the comics, have any of the Robins called their costume “target attraction” for villains?