Has John Stewart ever worn a mask to conceal his identity?

John Stewart was the fourth Green Lantern of Earth, formerly a sniper for the U.S. Marines (Prime Earth) and an architect (New Earth). In his origin story, when Hal Jordan presents Stewart with the Green Lantern ring and explains about the Corps, John Stewart immediately rejects the mask to conceal his identity by saying:

This black man lets it all hang out! I've got nothing to hide. 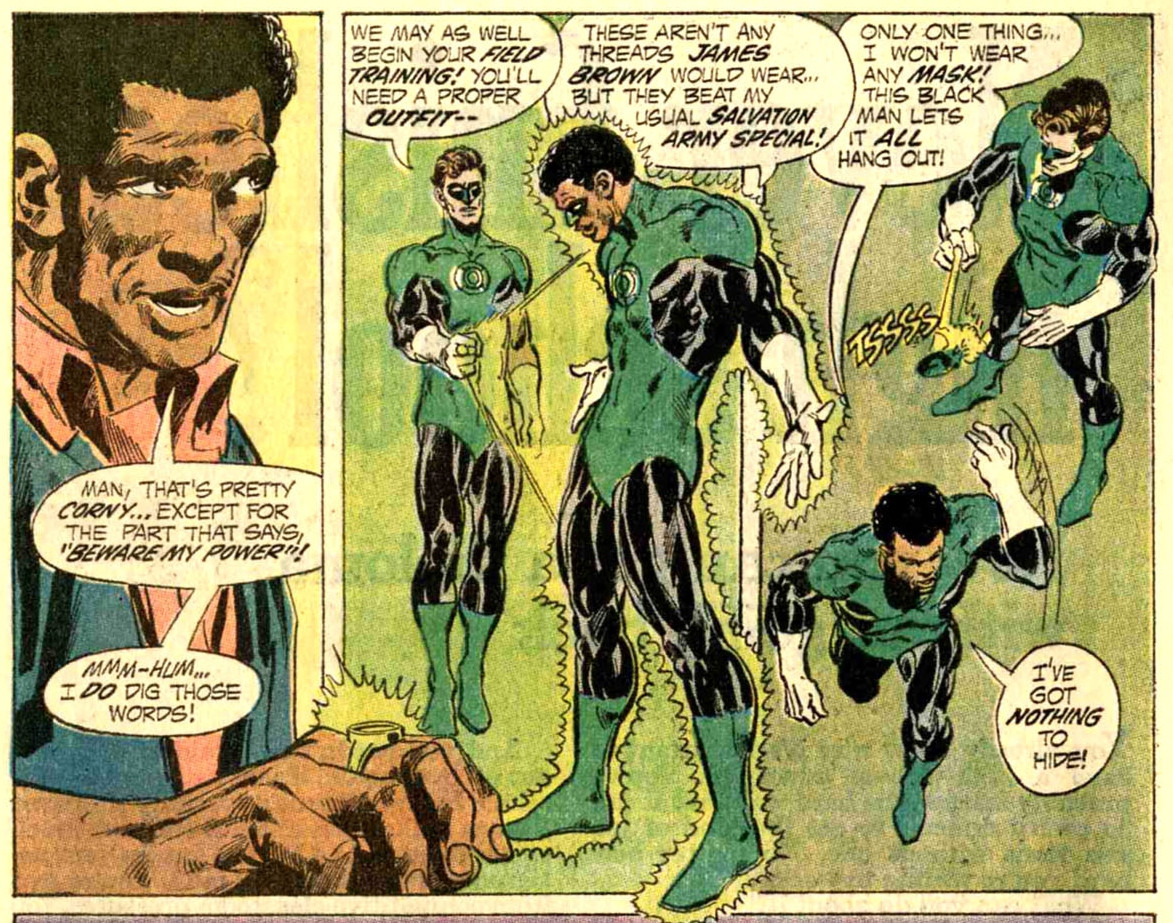 Although this has been the case in every depiction of John Stewart's Green Lantern, I definitely remember seeing him wearing a mask (like Hal Jordan's) one time.

Some details that could help narrow down the search. The issue:

Can anyone help me find this issue/storyline where Stewart wore a mask?

From issue 182 through 187, his real identity was unknown. John chose to reveal it publicly in Green Lantern #188, cover dated May 1985 (the splash page of which was seen in this answer), and stopped wearing the domino mask at that point.

Note that these stories lead into the issues of Green Lantern that were tightly tied into Crisis on Infinite Earths, which saw another resident of Earth and former backup GL, Guy Gardner, get a power ring, and saw Hal un-retire, giving us three active GLs from Earth.

Aside: the female Green Lantern mentioned was probably Katma Tui, who John met in Green Lantern 182, and who he became involved with by the time the title changed to "Green Lantern Corps" with issue #201. They were together until her death a few years later. 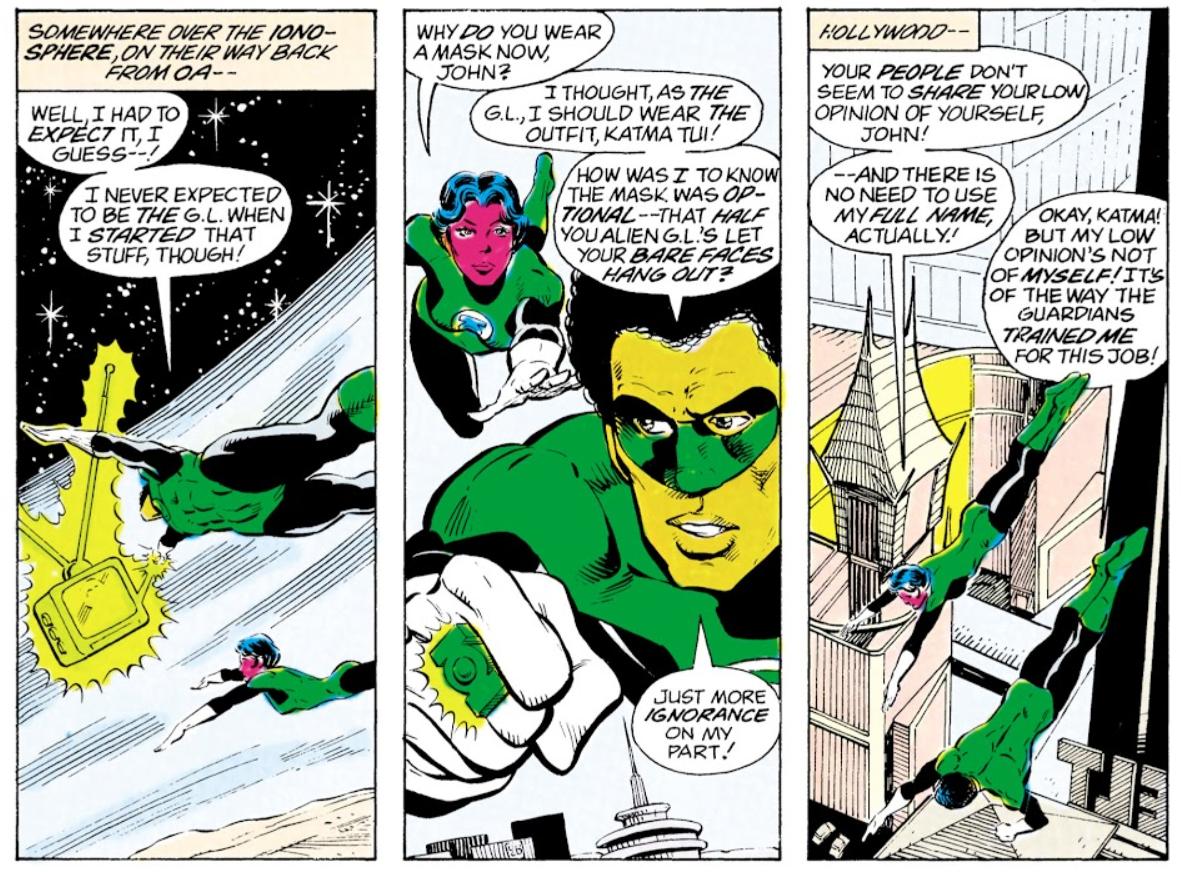 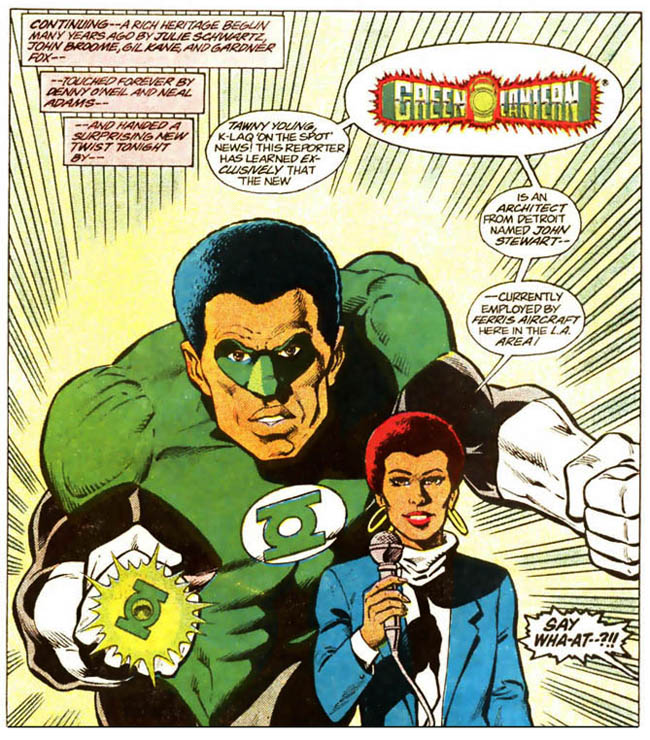 Not the answer you're looking for? Browse other questions tagged story-identification dc comics episode-identification green-lantern or ask your own question.

34
Why does Earth have 4 Green Lanterns?
16
Why is Hal Jordan Featured in Most Green Lantern Adaptations?
6
How does one become an Honor Guard?
5
Could Green Lantern: The Animated Series be considered part of the DCAU?
7
How many Rings has each of these Green Lanterns ever held?
6
Can the Green Lantern ring be removed without the wearer's consent?
3
Does John Stewart have his own comic line in the new-52?
4
End of New 52/DCYou Timeline
3
Green Lantern comic with Hal or Guy offering another character a pack of alien beer
2
Which Green Lantern is seen in the nightmare scene from Zack Snyder's Justice League?