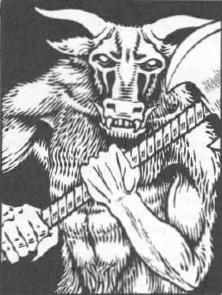 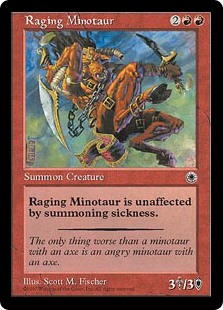 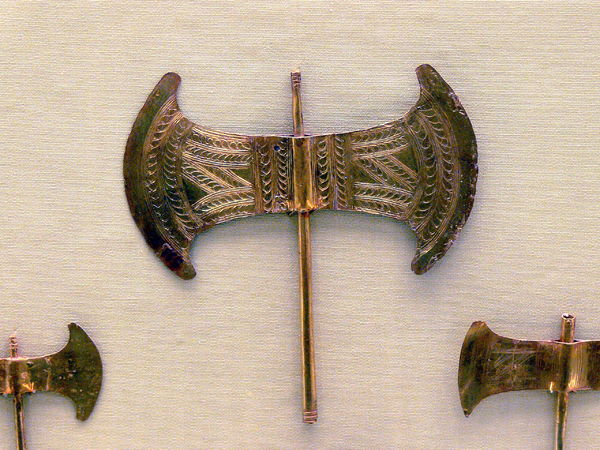 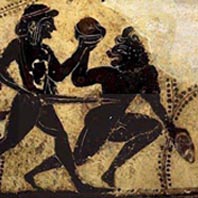 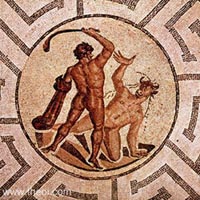 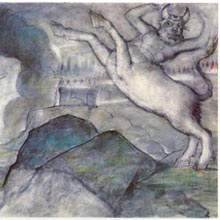 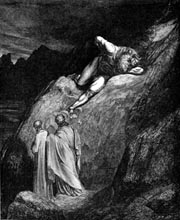 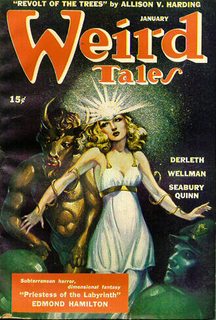 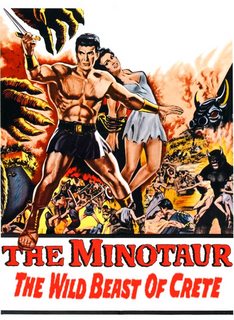 As for where it came from — my gut instinct is Dungeons and Dragons, but I have no source for it. D&D was certainly highly influential in fantasy, and included no shortage of mythological monsters (as opposed to e.g. the Conan stories, which seem to prefer original horrible monsters). I could see minotaurs' association with double-headed axes being slipped in a nod to Minoan cult and spreading from there — but I can't prove that that's how it happened.