Why is this specific pose so prevalent in the MCU at the moment?

Recently I noticed this oddly specific pose, which I am now dubbing the Super Hero Holds Two Things Together Pose (or SHHTTTP for short), has appeared from what I can tell at least six times in the MCU, possibly more. 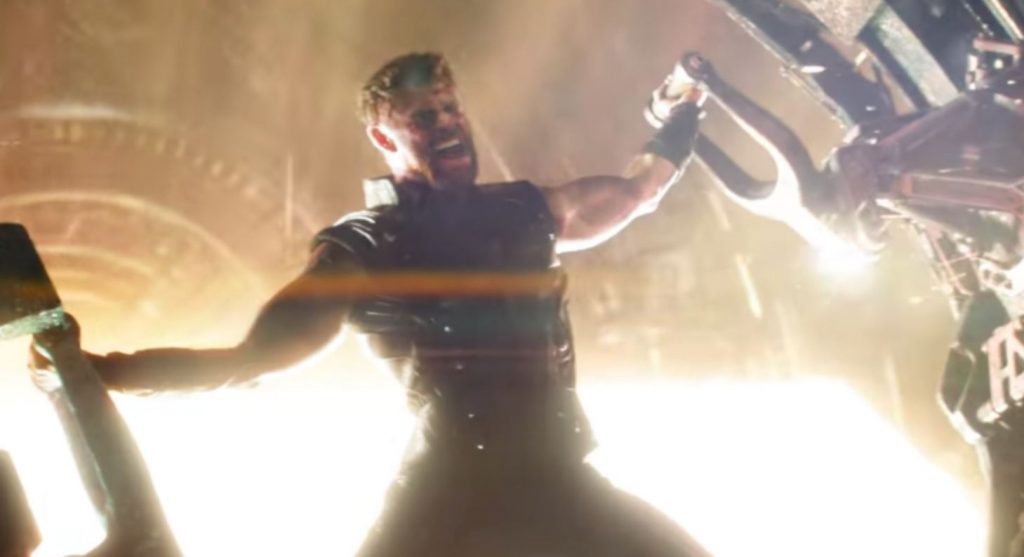 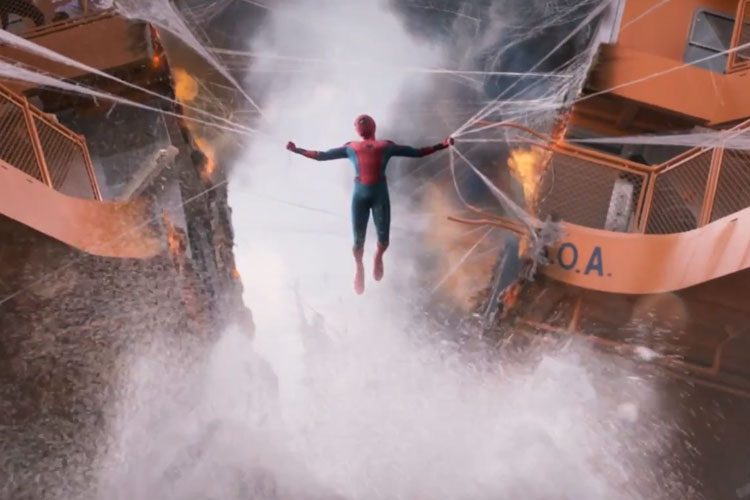 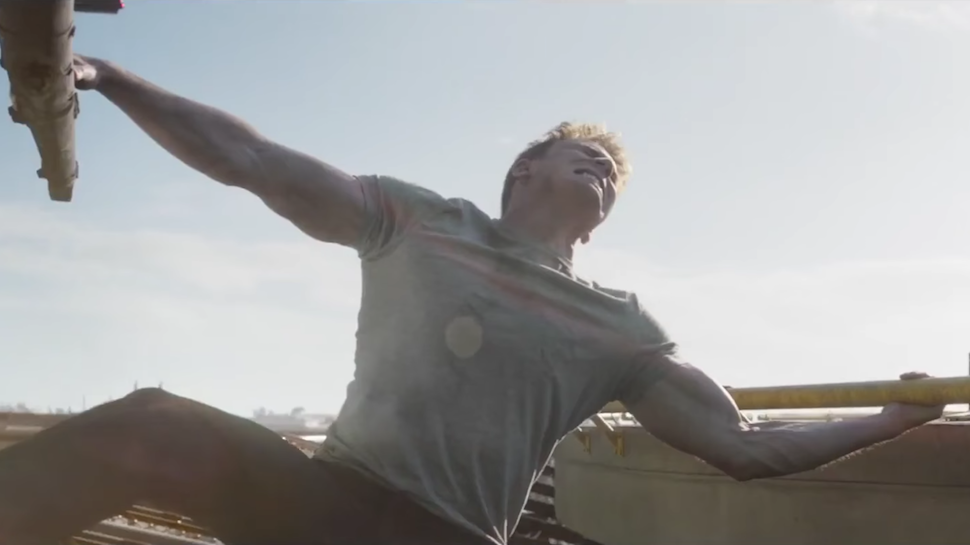 You will of course notice that I only have three pictured instances of the SHHTTTP here, well the three others I've noticed I couldn't find pictures for, but that definitely do exist are: Gamora keeping Drax tethered to the ship in GOTG Vol 2, Spider-Man keeping Doctor Strange from being abducted by the flying doughnut in Infinity War and Thanos being briefly restrained by both arms in the battle on Τitan (also in Infinity War).

marvel marvel-cinematic-universe
Share
Improve this question
edited May 31, 2018 at 7:30

I'm not sure 6+ instances from around 48 hours of footage is "prevalent". There are far more superman like poses, or people standing, leaning on things, even sitting, but we don't look for meaning in those.

As one of the comments said (and really they should take all the credit), there just happens to be scenes where things had to be held together (or pulled apart) where legs can't be on the ground, showing that even though this character had good like super immense strength for whatever [origin] reason, is still giving their all to try to save humanity (or vogonity if there is any sign of poetry), because succeeding is more important than pain when the universe is at stake.

I think you're looking for a reason that isn't there. If it was in every film, and maybe more than once in some films, or if it was always the same character then I'd say you're on to something. But there are far more other stances that are far more prevalent with little to know reason.

Even Deadpool made fun of how painful and impractical the main landing stance of an average superhero is.

But this is just my opinion, i can't back it up with any facts whatsoever

The SHHTTTP is a subcategory of a common trope in many films: the crucified hero pose.

It's very common for a character who just performed a Heroic Sacrifice to be lying with their arms outstretched like the crucified Jesus.

Note that characters who stand with outstretched arms aren't necessarily meant to represent this pose; they can also symbolise bird wings, in the sense of freedom. Or angel wings, as a mix of both.

See the above link for a list of examples, but the movie that made me start looking for this pose everywhere was the Matrix.

The link above contains a list of a bunch of superhero comics and movies. Here are a few examples I can think of: 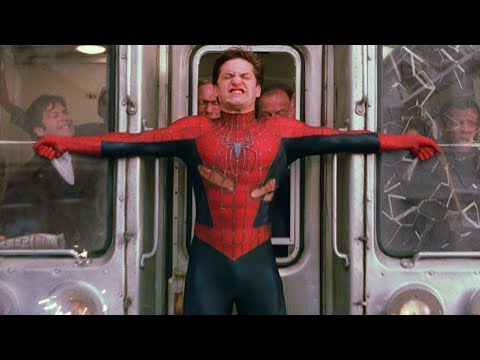 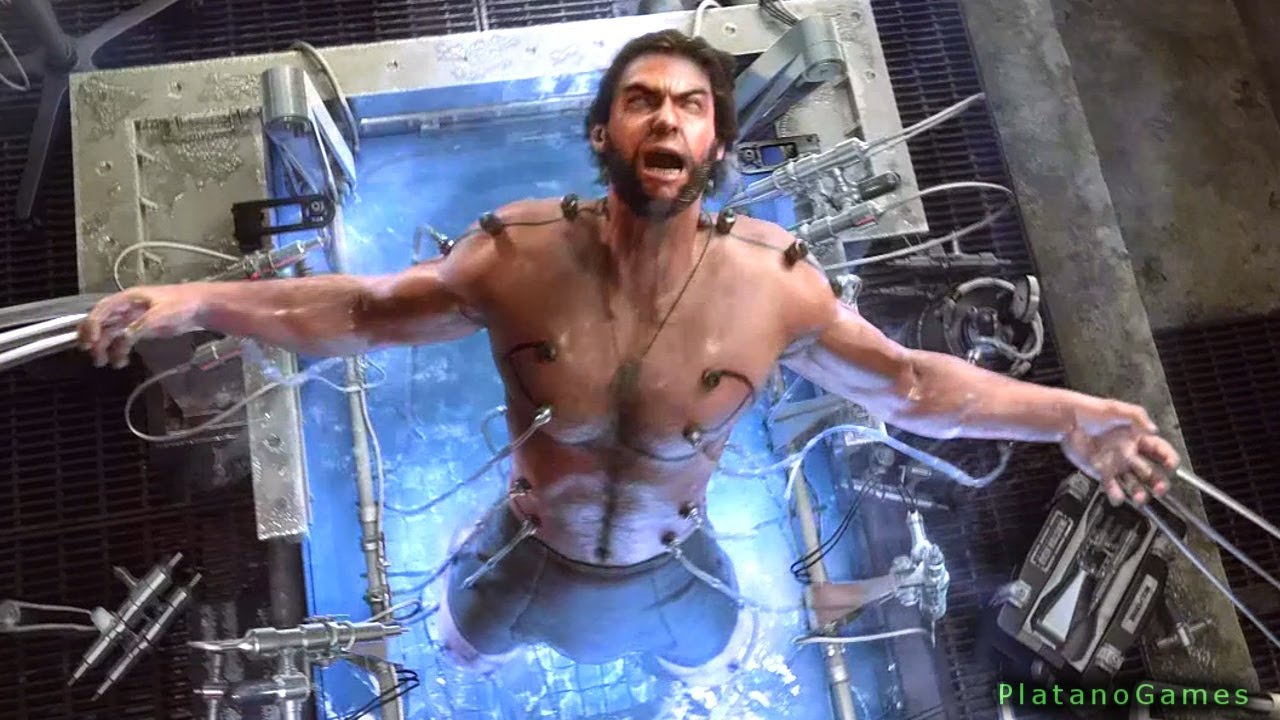 The SHHTTTP is difficult, painful, static, and optional. In most cases the hero in this pose is suffering, but the suffering is entirely voluntary because the hero is capable of letting go at any moment.

This means that the hero, in addition to showing off their immense strength also demonstrates how heroic they are. Punching villains is all well and good, but rarely causes the heroes pain (generally it's the other way around). Getting beat up is generally not voluntary, and doesn't show off the hero's strength.

Having the hero protect a person or object from an oncoming attack can have a similar effect, but it's a lot harder to produce a long tracking shot of a high speed collision. (That said, you do get at least one example in Infinity War, when Captain America holds Thanos' fist open). Holding two things together is generally static (the whole point is to keep the objects from moving after all), so it lends itself to long dramatic shots.

(A lot of the symbolism I've described here applies to the Crucified Hero shot in general, but it's strongest in this particular pose.)

17
Does the MCU version of Mjolnir carry the "Whosoever holds this hammer..." inscription?
4
Who are the MCU directors, producers, and actors in this photo?
13
Is this MCU celestial body in our solar system?
7
What specific instant in time in the MCU has been depicted the most times?
17
Why is this character transported into the MCU?
11
Who is this news anchor in the MCU?
10
What happened to this character in MCU Spider-Man's life?