I'm fairly sure this anime came out within the last 5 or 6 years. The version I saw was dubbed into English.

The premise is that the world has been overrun by nightmarish monsters - huge, dark, very Lovecraftian with tentacles and insect-like parts, and glowing red eyes. The main city, possibly used to be Tokyo or another major Japanese city, is protected by a ring of huge towers, the material of which repels the monsters. If a monster does manage to get past the towers - which is happening more and more often as the story starts - there are dedicated monster hunters to combat them.

The hunters are teams of two: one adult human and one half-human, a hybrid of human and the monsters. The hybrids are all females, and all are little girls (as the monster invasion only happened within the last ten years). The hybrids have superhuman strength and monster-related powers, but every time they use their powers it brings them closer and closer to a tipping point where their monster genes will take over, and they'll transform into full monsters. If I recall correctly, the hybrids have an animal "theme" - the main character relies on speed and so is rabbit themed, another relies on stealth and is mantis themed, and so on.

The main character, a young man, is keeping it a secret from his hybrid partner how close she is to transforming, to keep from upsetting her. He tries to give her as "normal" a life as possible for the time she has. Other hunters treat their hybrid partners more like tools, or dangerous beasts. Hybrids not controlled by human partners are barred from the city, and there is a small colony of them in the wasteland across a river, who are being tutored by an elderly man who is trying to raise them as humans.

The plot involves the towers being sabotaged, monster attacks becoming more frequent, and the various hunters forced to team up and form an army to defeat them, with side plots about how cruelly society treats the hybrids who defend them, because they fear the inevitable transformation.

The series was fairly short, 12 episodes I believe. No more than 24 at most.

I've tried looking for it but haven't been able to come up with any distinctive search terms.

This sounds like Black Bullet. This anime aired in 2014, and was a one-cours series, lasting 13 episodes. It takes place in a world devastated by the "Gastrea" entities, and the characters who fight the Gastrea are divided into pairs of a "Promoter", who leads their partner in their battles, and an "Initiator", who is a "Cursed Child". The Cursed Children are young women whose bodies were altered by the effects of the Gastrea before they were born. Since the series takes place about ten years after the Gastrea appeared, the Cursed Children are all around ten years old.

In Black Bullet, the "Tokyo Area" is isolated from the chaos outside by a ring of "Monoliths". 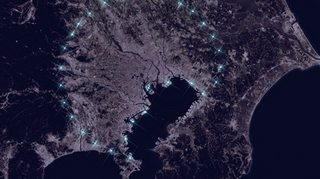 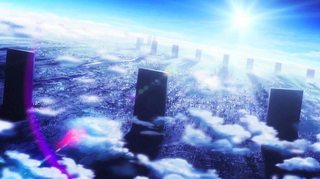 The Gastrea that the protagonists are fighting are quite Lovecraftian: 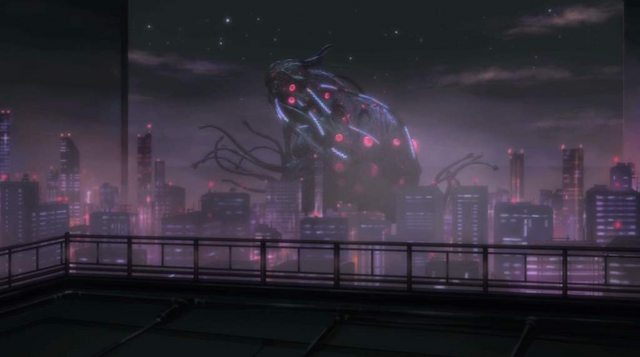 7
Anime movie involving people exploding into monsters?
7
An anime about a boy related to gems/crystals
10
Anime about boy & summoning monsters
7
Cartoon TV Show About Three Kids and Monsters and a "veil" between realms
6
Anime: main character equips a horned helmet to fight monsters/criminals, pulls out a sword from his arm
2
Anime with monsters ranked from one star to four that can be summoned from cards
3
Anime with monsters contained in cards