Does Solo serve as a Stormtrooper?

Related: Do we ever see regular (non-stormtrooper) ground troops?

In Solo: A Star Wars Story, Solo enlists in the Empire with a career goal of being a pilot, but he washes out of the required training and is reassigned to infantry work.

During the period of Han's infantry service, Is he an Imperial Stormtrooper, or is he serving as some other type of infantry soldier? We know from the various movies that Stormtroopers typically wear the trademark white armor, though they (like most real life military forces) can and do wear different types of uniforms depending on the situation and climate. Does Han wear a brown/gray uniform with an open-face helmet due to conditions on the planet he finds himself deployed to, or is he simply not a Stormtrooper to begin with (and thus, not likely to ever wear the white armor)?

Considering Han's initial attempt at pilot training (part of the Imperial Navy), it stands to reason that it might have been administratively and practically easier to reassign him as an Imperial Navy Trooper than to transfer him to the Stormtrooper Corps, but this doesn't seem to be mentioned in the film.

The Imperial Navy Troopers ordinarily serve on board ships and space stations and I wouldn't expect them to be regularly deployed as ground/planetary infantry, but it is plausible that Solo and his team are on board a ship that crashes and are forced to "dig in" to the local terrain.

According to the official Star Wars database, Han served in an infantry unit separate from the Stormtrooper Corps.

Formally known as Imperial swamp troopers, mudtroopers are part of the Imperial Army, whose infantry is gradually being phased out in favor of stormtroopers. Mudtroopers wear partial armor, augmented with respiratory gear and sealed bodysuits for combat in unhealthy environments such as Mimban. Han Solo served as a corporal with the 224th Imperial Armored Division, a new incarnation of the Mud Jumpers of the Clone Wars.

Some Stormtroopers were present on Mimban, but they wore different armor from the mudtroopers, as demonstrated by these pieces of merchandise. 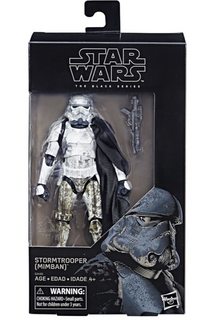 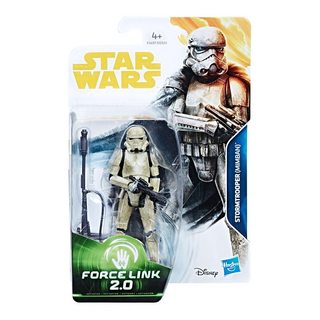 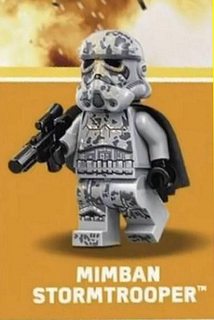 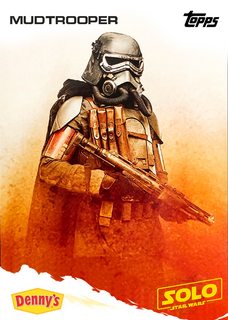 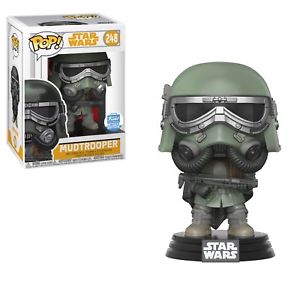 This pictures pre-dates the solo movie by 15 years: 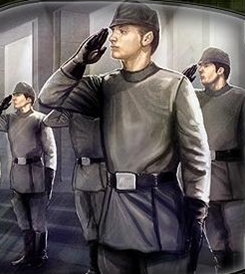 This photo from Rogue One shows imperial officers on the right, the colors and the style are the same. 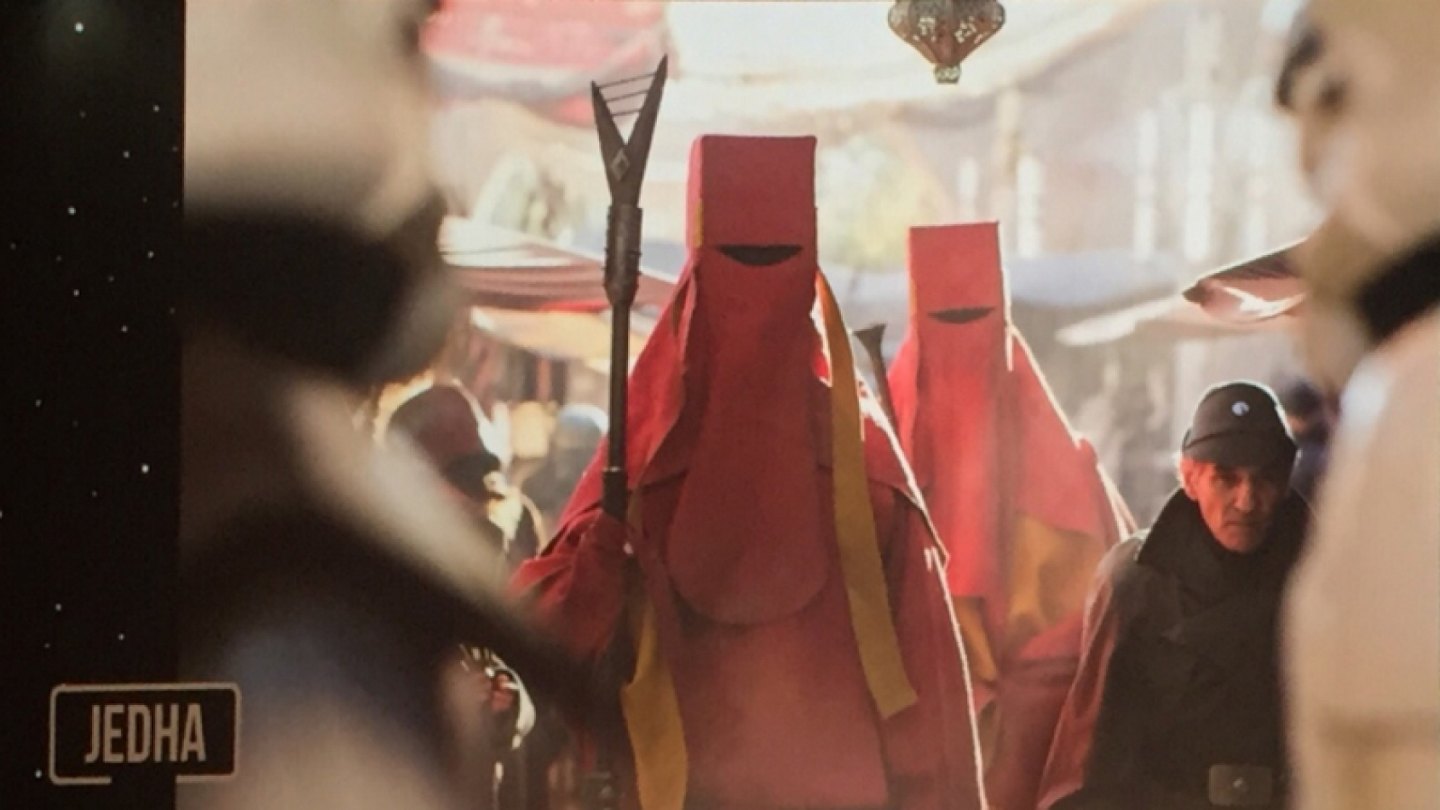 Here is another similar photo with a similar style uniform: 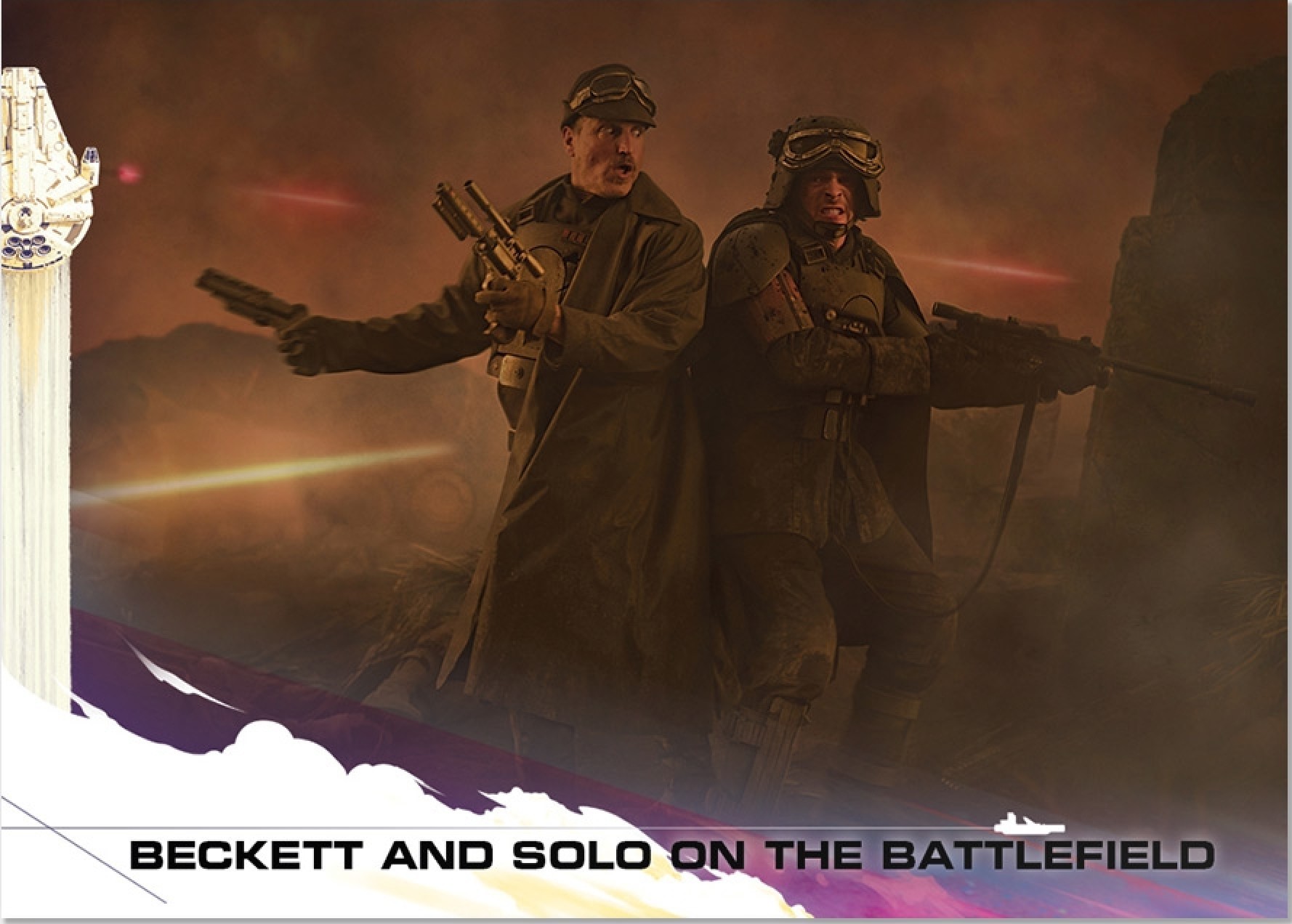 Grand Moff Tarkin is in the imperial Army, he is not a Stormtrooper. 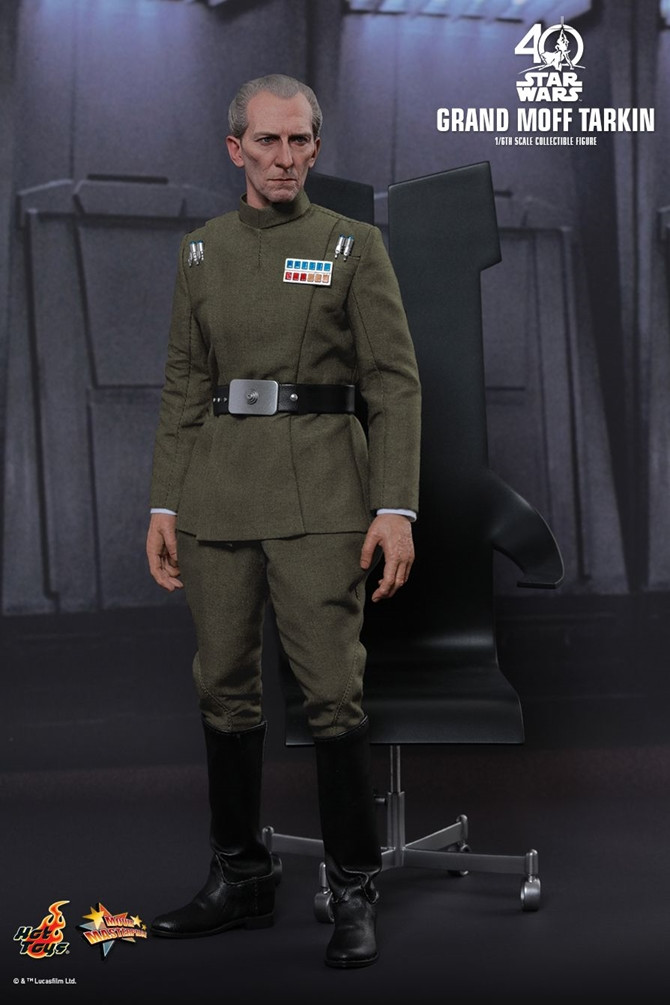 This makes me conclude that Solo is a trooper in the imperial Army and not the more specialized stormtrooper corps.

He was transferred into the Imperial Infantry, specifically the 244th Armored Division (Armored being that they fight with tanks and other land vehicles such as the AT-DT seen in the movie). The Imperial Stormtrooper corps is part of the Imperial Army, but has its own chain of command and other differences to make many consider it its own branch. The Stormtrooper Corps is much like the United States Marine Corps, serving mostly on ships and in the most important battles, much farther on the front lines than many infantryman see in the army. This is why the army wasn't seen much, they are usually guarding some base somewhere. The exception to this is armor, because the army was the only branch that had any. The Imperial Army was phased out gradually later into the Galactic Civil War based on need, slowly lowering the Stormtrooper standards in turn, although they never reached the level of incompetence that many try to label them with. Many people question why the Navy might give away one of its people to the Army, but the simple answer is that the branches are all much closer in command than in the US. Half of the branches are attached to another branch, with the Star-fighter Corps being a part of the navy. Joint operations are super common due to the nature of a galactic military, so the branches are very cooperative, despite the Army vs Navy inter branch fighting.

All in all, this was a big drop for Han. Went from cushy flyboy officer (We can infer he was an officer or at least going to be since all Pilots are Officers or Warrant Officers), to bottom of the barrel, enlisted, Mud crawling backwaters vietnam meets ww1, with shitty dumb officers, death and disease at every corner, a heavy blanket of sham and disrespect for a "failed officer", and a reputation so bad his commander threw him in a pit to be eaten alive by a beast because a random guy he had never meet before (although I will give some credit because the man was a captain, vs his commander: a lieutenant) said he tried to run away.

Could be a form of Marine.

It seems to me that the Imperial navy must have had a specialized force for landings and assaults, similar in many ways to the American Marines. This could be what a "mud trooper" is. A form of combat personnel that served on Imperial ships, capable of ground assaults, probably to support mechanized units when shock troops are not available, or in conjuction with them. And that's what storm troopers are. They are "Shock" troops. High causality, high payoff infantry. I dought the Navy would release a capable body to another branch, (we certainly don't) seems like a Imerial Navy infantry unit.The uniform is really close to the one warn by ATAT commanders in Empire Strikes back (General who lead the assault had one similar, helmet included). Now, obviously, George Lucas is not a military man (I am, served with Marines and Navy) so, he probably didn't understand the particulars of unit distinction, and for most people, it doesn't really matter to the story. But this explanation makes sense to me at least.

Not the answer you're looking for? Browse other questions tagged star-wars stormtroopers han-solo solo-a-star-wars-story or ask your own question.

31
Do we ever see regular (non-stormtrooper) ground troops?

31
Do we ever see regular (non-stormtrooper) ground troops?
31
Who are these "Han Solo" actors?
22
Where / How did Han Solo learn to speak / understand Shyriiwook?
11
Does Chewie still owe a life debt to Han according to the Solo film?
8
How did Solo catch Beckett?
5
Did Solo ever face any repercussions as a deserter from the Empire?
2
Han Solo chin scar
0
Does Solo ever return to Corellia?
13
Were the distinctive elements of the uniforms snow troopers from The Empire Strikes Back based on any particular real-world uniforms?