Most modern sci-fi with FTL that really is FTL [closed]

Ask Question
Asked 4 years, 1 month ago
Modified 3 years, 8 months ago
Viewed 975 times
6
This question was closed for seeking recommendations or open-ended lists. It is currently not accepting answers.

Please check whether this question is a story-identification question, or a history-of question, in disguise, in which case you can edit and vote to reopen it. If the asker has a chance to make it on-topic, for example by asking about the earliest work satisfying certain criteria rather than asking for any/all such works, then please leave a comment guiding them on how to do so.

It seems almost every form of faster than light travel in sci-fi is technically not faster than light, but rather a loophole - for example, a warp bubble, hyperspace, subspace, wormhole, jump drive, folding space etc.

What is the most modern depiction of craft or phenomena travelling superluminally, at or above c, without a 'loophole'?

Especially interested if there is a good explanation, and not simply ignoring, pre-dating or discounting theory (for example, a device that negates the mass of the object, thereby allowing it to reach c without increasing to infinite mass).

In Skylark of Space by E.E. “Doc” Smith, the speed of light is no limit at all. Einstein was simply wrong! The ships in the Skylark series use simple acceleration, and end up going very, very fast, hundreds of thousands of times the speed of light. Plus there's no relativistic time distortion.

"About three hundred and fifty million miles," he stated. "Clear out of our solar system already, and from the distance covered he must have had a constant acceleration so as to approximate the velocity of light, and he is still going with full...."
"But nothing can possibly go that fast, Mart, it's impossible. How about Einstein's theory?"
"That is a theory, this measurement of distance is a fact, as you know from our tests."
"That's right. Another good theory gone to pot.

Skylark of Space was originally serialized in 1928, and first published in book form in 1946. 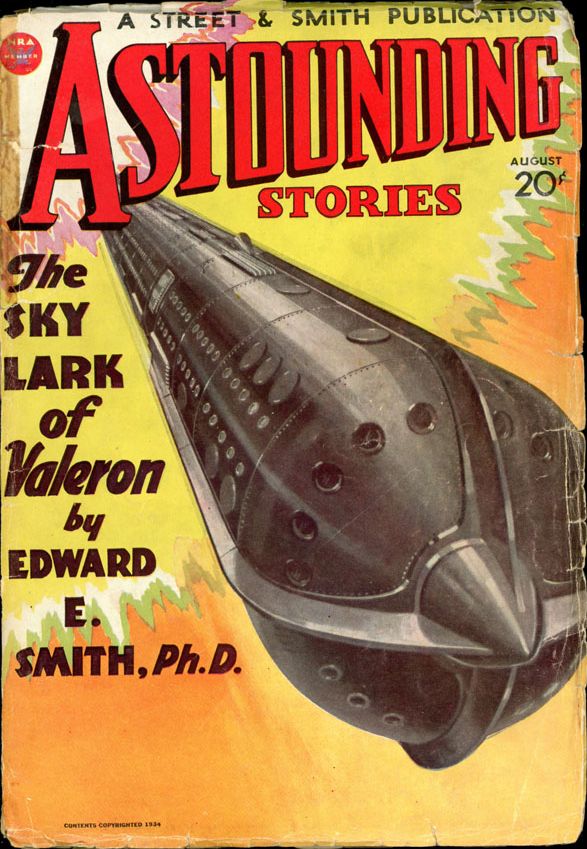 Here's another: In Around A Distant Star from 1904, by Jean Delaire, there's a ship which travels at 2000c, so they go out 2000 or so lightyears with a big telescope, to see Jesus teaching in Israel. Unfortunately this one doesn't have such awesome cover art. 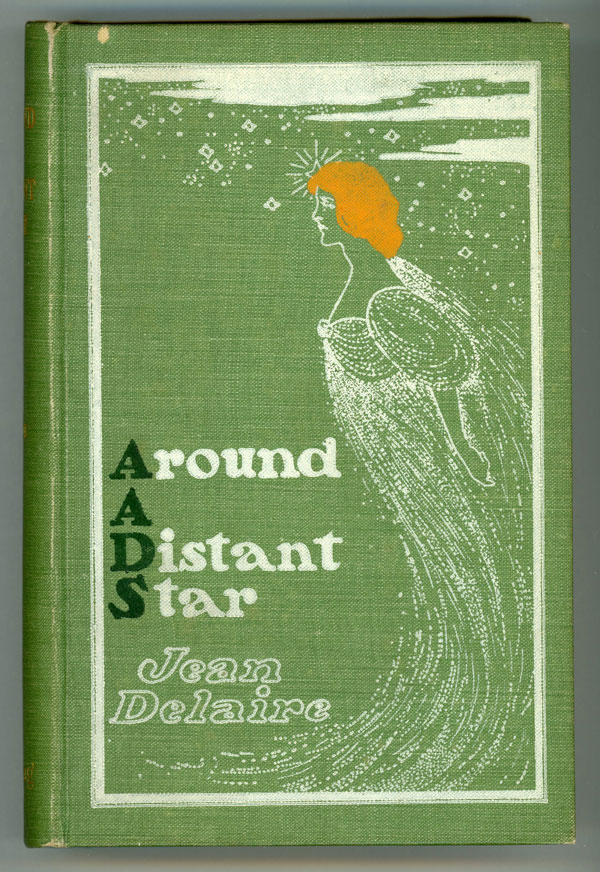 Not the answer you're looking for? Browse other questions tagged ftl-drive or ask your own question.

17
Heinlein book(s) with FTL travel?
26
How can a spaceship jump "into" a mountain with FTL?
6
How was the alien ship that attached itself to Destiny not vaporized when Destiny went into FTL?
4
What is the work that had FTL travel but no FTL communications?
11
Which Sci-Fi work introduced the idea of "FTL Travel"?
68
Which Sci-fi universe uses the most forms of FTL (Faster Than Light)?
18
Short story about scientists that stumble across an FTL drive
10
Looking for the title of a sci-fi book on FTL network
7
60s (or earlier) SF short story with FTL Travel using electron psychology aka addiclenendar technology