Bowl Of Heaven was riddled with errors. Has Niven or Benford explained the awful editing?

In the novel Bowl of Heaven by Larry Niven and Gregory Benford, the editing is sloppy and there are many, many continuity errors. It's quite awful.
22% of reviewers on Amazon gave the book 1 star out of 5, so I'm not alone in having this opinion.

Have Niven or Benford ever commented on the editing or production of this book?

Some examples of editing and continuity problems: 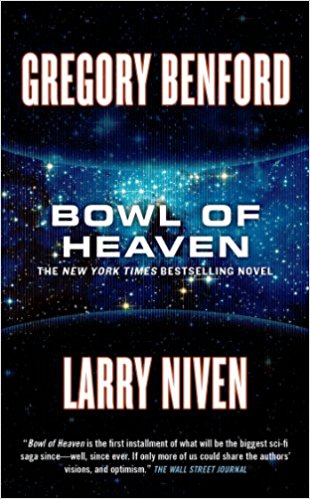 I've been in touch with Larry Niven by email. I'm sure he won't mind me sharing that the book had several continuity errors simply because there were multiple errors in the first draft and that he and Benford simply didn't catch them all, I presume because of pressure to meet submission dates.

On the plus side, he seems confident that the upcoming sequel, Glorious has been given a thorough look-over by accomplished book editor Bob Gleason who he says caught a few that managed to get past the draft stage.

Not the answer you're looking for? Browse other questions tagged larry-niven editors gregory-benford or ask your own question.

11
How close was the Puppeteer's homeworld to the Ringworld?
24
What's with the word “sardonic” in sci-fi?
3
In 'Bowl of Heaven' and 'Shipstar' how visible would distant parts of the Bowl be?
9
What is the name of the Larry Niven story/book predicting Neil Armstrong as first man on moon?