What does the TIE designation used in the Empire's starfighters names mean?

Is there a specific meaning behind the TIE designation used in the names for the Galactic Empire's starfighters (TIE Bomber, TIE Fighter, and TIE Interceptor) and if so what is it?

TIE itself is not initially associated with the Empire, but the Empire commissioned these fighters on such a large scale that it made them their signature craft during the Galactic Civil War.

Out-of-universe, the name was coined by George Lucas, because they look like a bow tie.

Though the term "TIE Fighter" was coined because George Lucas thought they looked like bow ties, the ion engine is a real-life type of spacecraft propulsion, and publicity surrounding the launch of the SMART-1 spacecraft, particularly the shuttle Smart-1, likened its ion thruster to the propulsion systems of a TIE Fighter.

This is mentioned in various canon sources but the easiest one for me to reference from is Star Wars Encyclopedia of Starfighters and Other Vehicles. This includes the following pages where the TIE Striker and TIE Reaper have their models referred to as "Twin Ion Engine striker x1" and "Twin Ion Engine reaper". 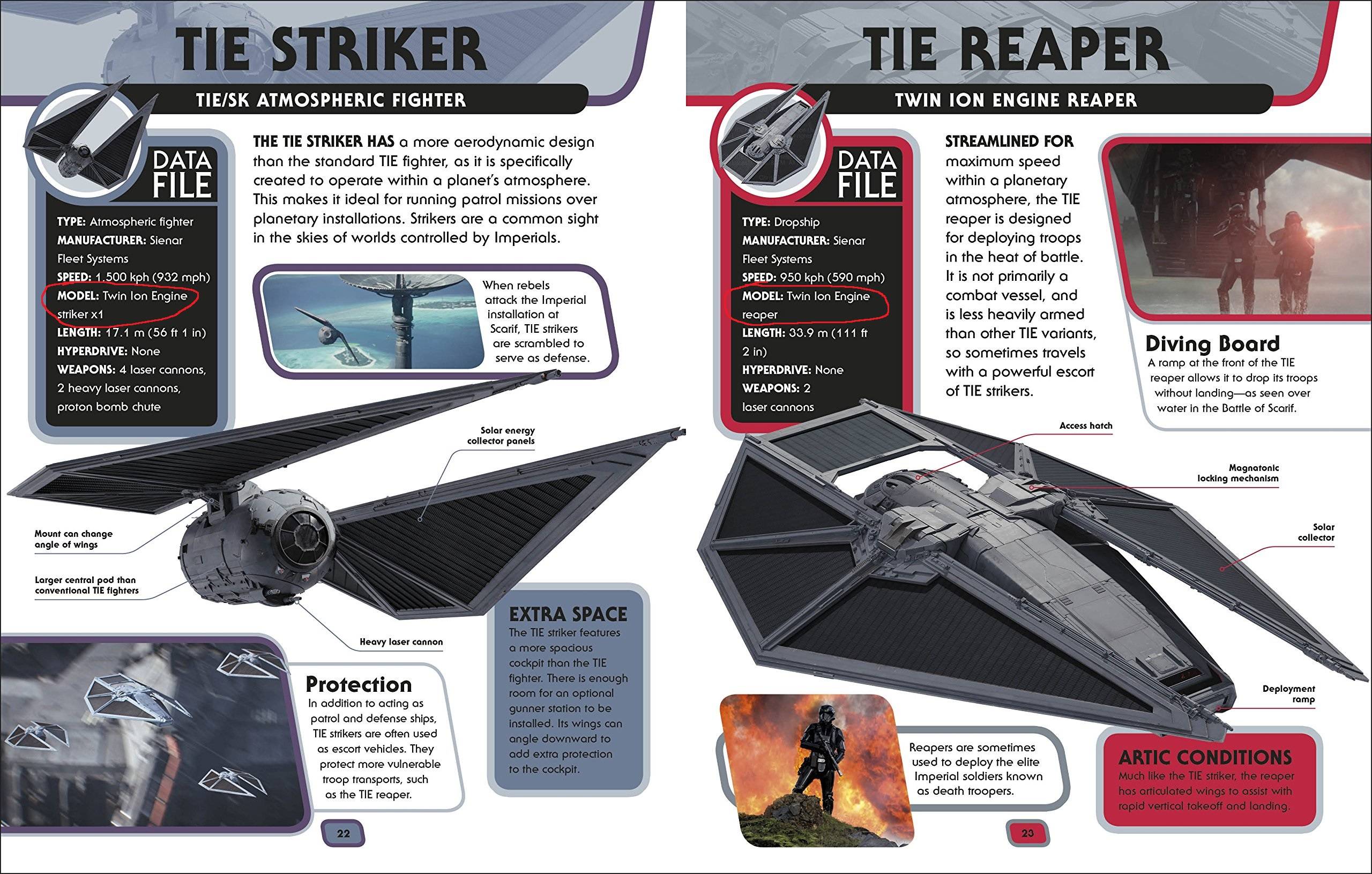 From the Star Wars wiki:

The TIE series derived its name from the SIE-TIE twin ion engine (...)

[from the link above] The twin ion engine system was a sublight drive system that was first invented about the time of the Jedi Civil War.

Not the answer you're looking for? Browse other questions tagged star-wars names or ask your own question.

10
How can S-foils (X-foils) help with heating in space?
3
What's different about the new TIE fighters?
10
OUT of universe, why so few craft models in SW: The Force Awakens?
6
Why does the Tie Fighter strafe Jyn when she was on the tower?
1
Do Original Trilogy TIE Fighters now have Life support?
24
What does “Ilvermorny” mean?
5
What does Father Ballo's name mean in the spell-tongue?
3
Why did the First Order not use Interceptors as their primary starfighter?