Who piloted the First Death Star?

Who piloted the First Death Star? Was it a team of Imperial Navy marines or some other Imperial unit?

I'm fairly sure that its not Gary the Stormtrooper:

The Star Wars Databank has the following to say on them (emphasis mine).

Death Star Troopers were the elite of the Imperial Navy who were stationed aboard the first and second Death Star. They were responsible for piloting the super-structure to its destinations and firing the superlaser on the orders of those in command of the station. They wore black uniforms and flared, reflective helmets

And if you don't want to click the link, the Death Star Troopers are these guys. 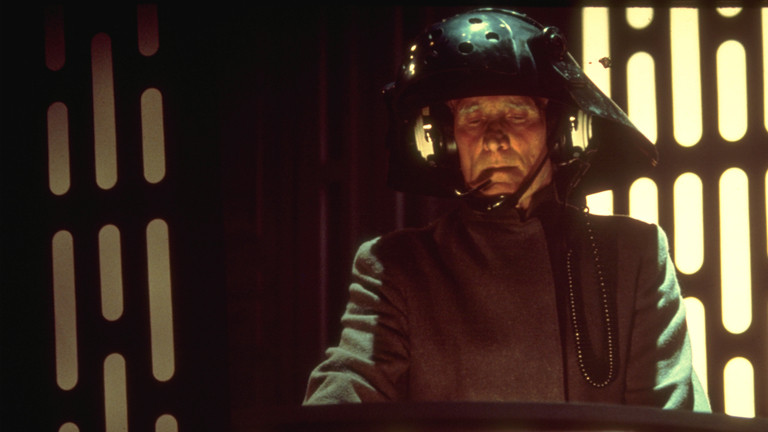