Thinking this must be a Ray Bradbury story I have done some googling but could not find it.

Available in Asimov's collection The Winds of Change and Other Stories (1983). A limited number of copies of this book are available to borrow from The Internet Archive.

The ISFDB has the complete list of publications containing "Ignition Point!".

"Every crowd has its ignition point"

"[S]peakers have their ignition point, too."

— Quotes from the original story, from the Google Books listing for The Winds of Change and Other Stories

"Ignition Point!" gives us a company of the future whose computer can write speeches guaranteed to "ignite" any audience.

— Review by s.ferber on amazon.ca

Throwing Out the Script: "Ignition Point!" is about a man who figures out how to write carefully constructed content-free speeches that will get audiences fired up. In the first test, the speechwriter stops in the middle, throws away the speech, and starts improvising -- the speech worked on him, too.

"The Snowball Effect" by Katherine MacLean, originally published in Galaxy in September 1952.

The president of a small college is in the midst of a fiscal crisis and, in attempts to cut his budget, he insists that the head of the Sociology Department justify “what is sociology good for?” This sets off a chain of events in which the department head devises an experiment in institutional growth in which the two men find a small sewing club in an equally-small town and set up conditions by which the club’s membership will grow larger and larger until it reaches the saturation point and the club crumbles on its own unwieldy size. The latter, however, doesn't happen, and the sewing club is on the path to becoming a world government.

The full story can be read online here. 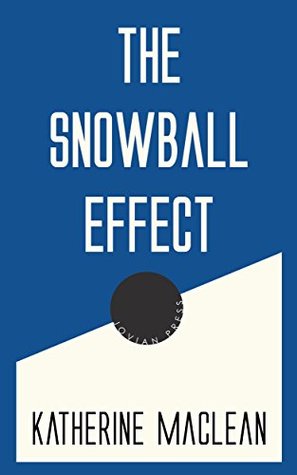 Not the answer you're looking for? Browse other questions tagged story-identification short-stories young-adult or ask your own question.