What was Chancellor Palpatine watching in the theater?

What was Chancellor Palpatine watching at the theater in this scene from Revenge of the Sith?

The (fully canon) factbooks Star Wars in 100 Scenes and Star Wars: Absolutely Everything You Need to Know identify it as a graceful aquatic ballet performed by a Mon Calamari troupe at the swanky Galaxies Opera House.

The name 'Squid Lake' was based on the classic ballet 'Swan Lake', according to Lucasfilm concept artist Ryan Church:

Another scene that appeared challenging for CG artists was when gelatinous shapes performed what looked like an otherworldly Cirque du Soleil routine. Where did that idea come from?

Ryan Church: The inspiration for that came on my birthday. My now-wife and I were going out to dinner and I got a call, which I rarely did, asking me develop ideas for a scene that George wanted to change. He wanted the scene to take place at a ballet or an opera. He said, Think about it being Swan Lake, or Squid Lake with squid guys. So I was thinking that we could do a space twist on a water ballet and have this giant ball of water in zero-gravity. So I sent these paintings over the next day and they ran with it. 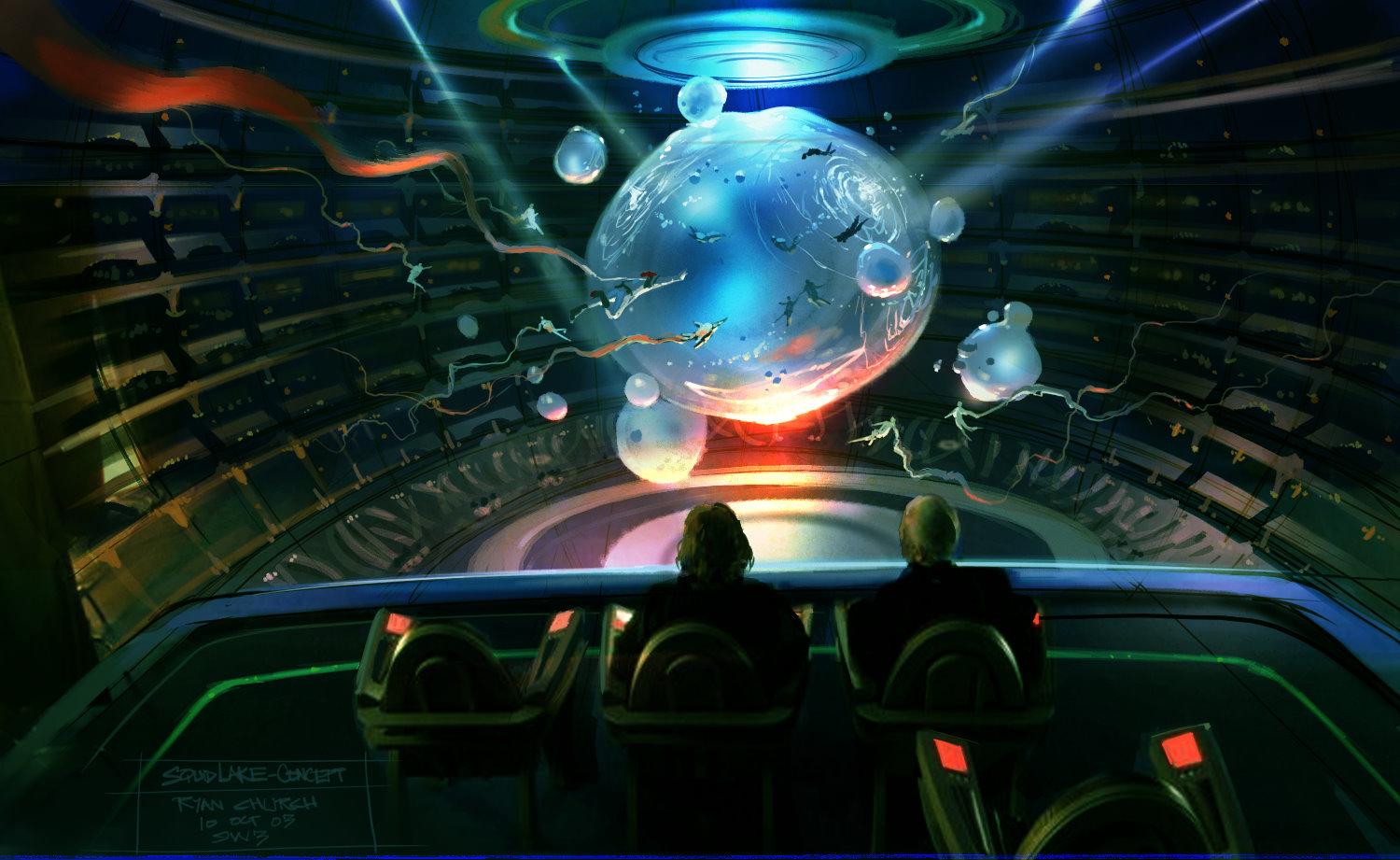 The Mon Calamari Aquatic Ballet, performing Squid Lake, according to the Star Wars Wiki, which cites Star Wars: Galactic Atlas and Darth Vader: Dark Lord of the Sith 13: Burning Seas, Part I as its sources.

17
How did Anakin and Obi-Wan intend to rescue Chancellor Palpatine?
15
What was Palpatine watching before he revealed himself to Anakin?
14
Who exactly knew that Chancellor Palpatine was Darth Sidious?
12
Why does Palpatine speak like Yoda in Revenge of the Sith?
11
Why didn't Palpatine wait until after he learned the secret of cheating death before killing his master?
14
What makes Sith Lords' eyes change color?
13
Why would Palpatine seek the secret of immortality if the Sith could do this?
5
How did some Jango-Fett style of clone troopers get command positions?
0
How many people in the Empire supported Emperor Palpatine?