How large exactly is the mosasaurus in Jurassic World? 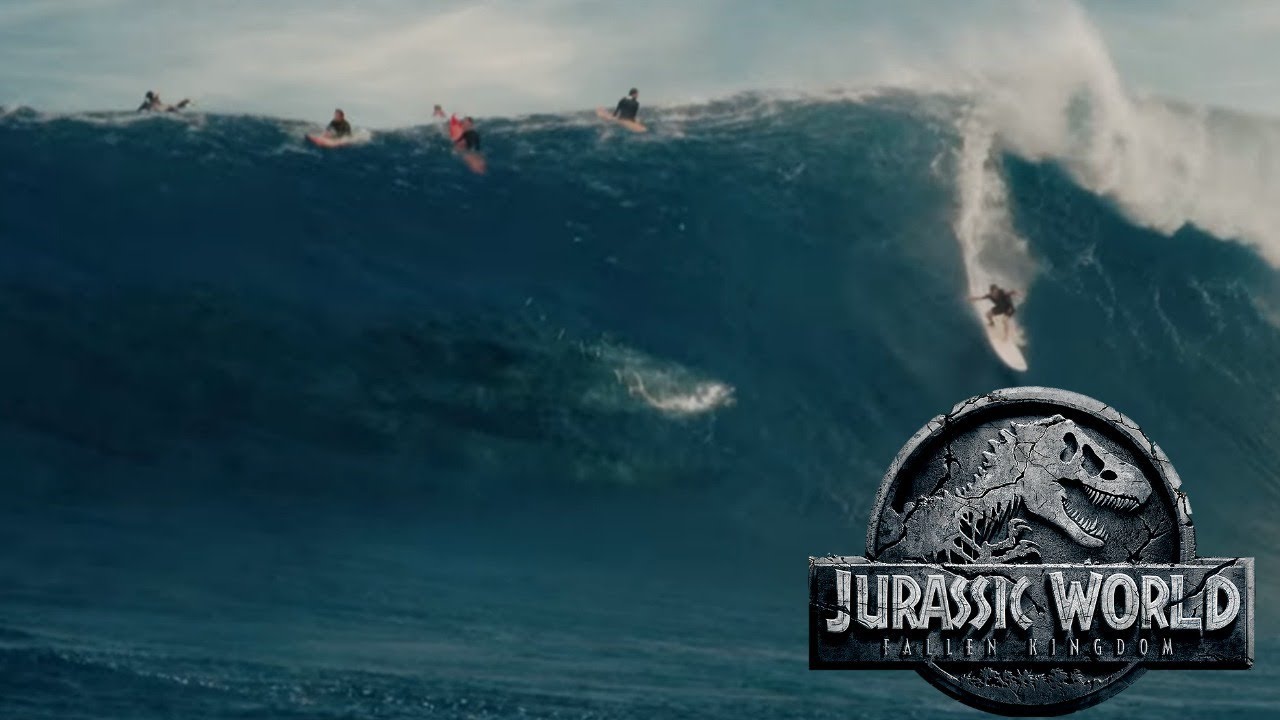 It seems quite a bit larger than the maximum estimate of the largest actual mosasaurus, which is about 17m.

[...] the Mosasaur originally started out as like 60ft long and when it came out of the water it just didn’t look imposing. So we would start scaling it up… Ultimately the Mosasaur came in at about 110-120ft long†, twice as long as it should have been and about the size of a blue whale.

The rest of the interview can be found here.

If the shark it eats in Jurassic World is a Great White, there's no way the mosasaur is 18 meters long: it must be considerably longer than a Blue Whale. This site makes a case for it being 50 m long, assuming the shark is a Great White:

A lot of people then complained that the shark was not a Great White (though it looks remarkably like one), thus the same site touched on this point again, providing a set of plausible pictures depending on the size of the shark: 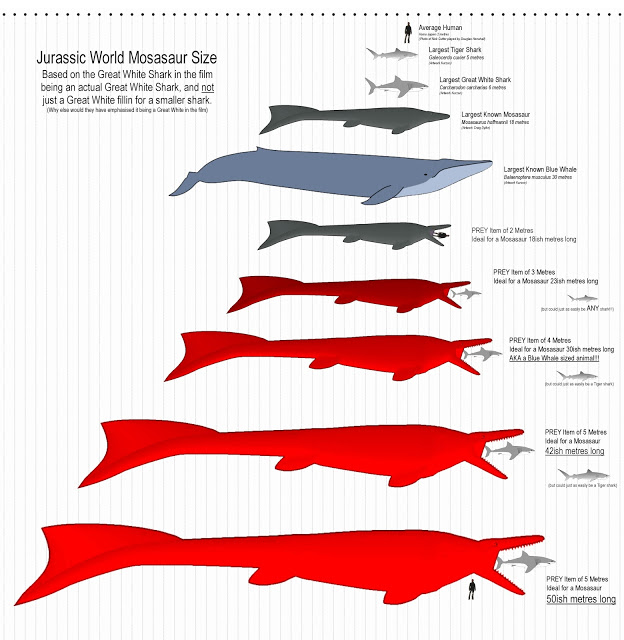 Another counterpoint: we know that, in absence of sharks, it fancies snacking on Indominus Rex 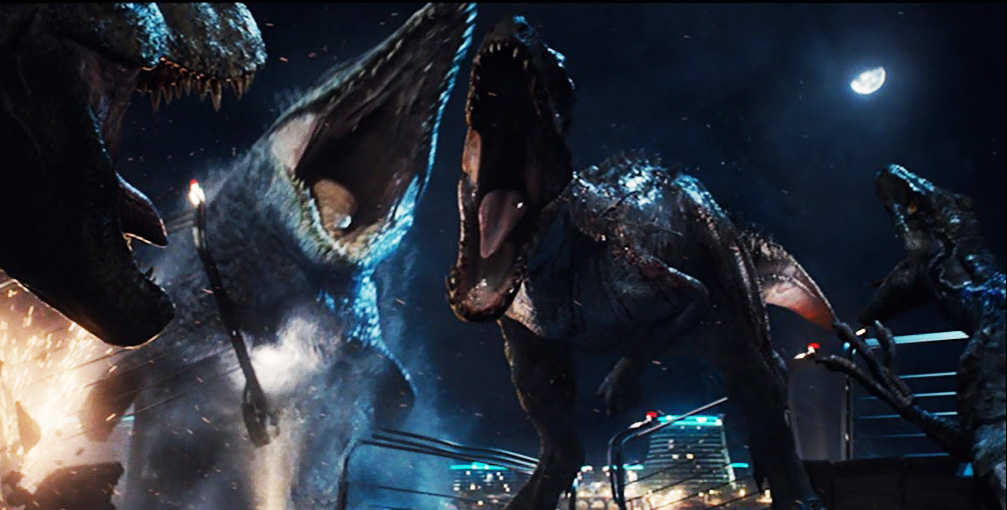 Now, this picture doesn't show it very well, but it's clear from the movie that the head of the Mosasaur is much bigger than that of Indominus Rex, which http://www.jurassicworld.com/ states to be 15 m long. Thus, no way it's just 3 m longer.

Finally, from the trailer you show, it's obvious that only the head is considerably longer than a surfboard (say, 3 surfboards?), and unlike plesiosaurs, with which they're often confused, mosasaurs' body plan included an head which was much shorter than the body + tail, so no way this thing is 18 m long, even though that's the official length according to http://www.jurassicworld.com/.

The mosasaur is clearly as long as the director needs it to be, in different scenes.

The jurassicworld.com site has been "taken over" by the Dinosaur Protection Group at http://islanublar.jurassicworld.com/. Though this website is linked from the official site it claims that the mosasaurus is 18 meters long.