I'm trying to remember a book I read when I was young (late 80s) although I am pretty sure the book was already old then. I read it in English.

I only remember one scene clearly, a scientist accidentally creates a substance (something like flubber). While experimenting with this he sends his bath tub flying off into space. After this he use his space-flubber to create a space ship and goes off to have Flash Gordon style adventures.

You may be remembering Skylark of Space by E.E. Smith.

On page 1 the genius Richard Seaton accidentally makes a copper bath neutralize gravity, and it flies out the windown and up into space. He then uses the secret of Metal X to make a spaceship and flies about saving planets and stopping wars. (and committing well-intentioned genocide!)

Petrified with astonishment, Richard Seaton stared after the copper steam-bath upon which he had been electrolyzing his solution of "X," the unknown metal. For as soon as he had removed the beaker the heavy bath had jumped endwise from under his hand as though it were alive. It had flown with terrific speed over the table, smashing apparatus and bottles of chemicals on its way, and was even now disappearing through the open window.
He seized his prism binoculars and focused them upon the flying vessel, a speck in the distance. Through the glass he saw that it did not fall to the ground, but continued on in a straight line, only its rapidly diminishing size showing the enormous velocity with which it was moving. It grew smaller and smaller, and in a few moments disappeared utterly.
The chemist turned as though in a trance. How was this? The copper bath he had used for months was gone—gone like a shot, with nothing to make it go. Nothing, that is, except an electric cell and a few drops of the unknown solution.

You can read download it for free on Gutenberg.

Here's a picture of "Dick" Seaton testing the flying capabilities of his accidental invention. 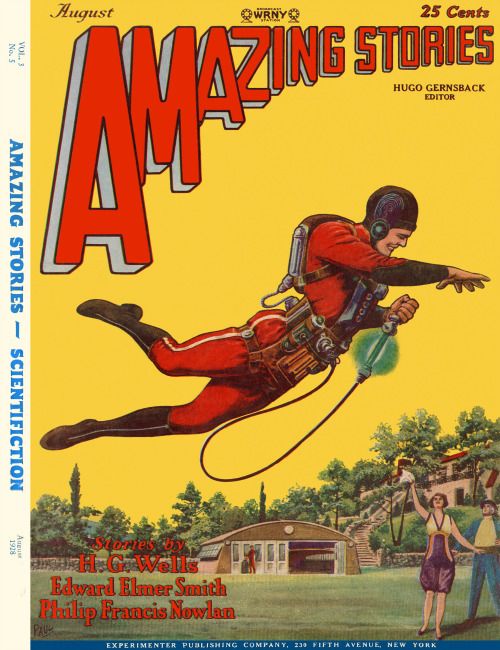 Could it be Danny Dunn and the Anti Gravity Paint?

Through a mishap in Professor Bulfinch's laboratory, Danny accidentally creates an anti-gravity paint. In time, the government constructs a spaceship which uses the paint as a propulsion system. The spaceship is launched prematurely after Danny and Joe follow Professor Bulfinch and Dr. Grimes on a tour of the ship. A mechanical failure dooms the four to a trip out of the Solar System unless they can repair the ship. Should they fail in this, they will drift too far from the Sun and freeze to death.

I read the Danny Dunn series when I was a kid. I don't know about the bath tub and it was only a single story but it has similarities to what you remember.

10
1980's book about a boy on a space station that goes to a forbidden Earth
21
What is the title of a book that is set in the future, but there is no electricity?
14
Ultra-obscure BBC TV programme about microscopic spacemen
9
Young adult science fiction novel where a planet orbits a violet sun which gives the planet's inhabitants strange powers
5
Space Anime with super large spaceship, lonely cube AI and young girl crowned as its queen!
10
Space opera with large cat and discussion about infinite dimensions