Why are all the Q named "Q"

Why do all of the Q in star trek call themselves Q? It makes for confusing episodes, like the ones in VOY when there are 3 Q on their ship.

But not only is it confusing, I think it is rather strange. Is there a legitimate reason why they do not have names?

According to the Star Trek Encyclopedia and The Authorized Biography of Gene Roddenberry by David Alexander (page 536): [1][2][3]

Now, the very first appearance of another Q other than the Q portrayed by De Lancie was in Deja Q which was produced roughly a year before Roddenberry died. This situation left little room for ambiguity so I guess calling that second one also Q was a mere joke, while Roddyberry was still in charge:

Q2 was never referred to as such except in the script; Bernsen also referred to himself as such in the Star Trek 25th Anniversary Special. In the episode, both he and John De Lancie's character addressed each other as "Q".[5] 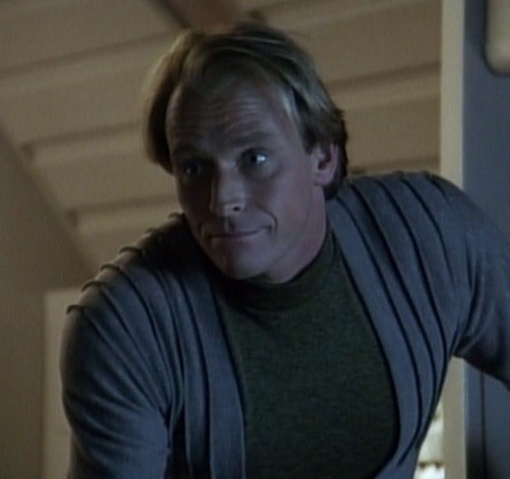 The next appearance of a new, proper, Q (not counting Amanda Rogers) happened way after Roddenberry's death (in the VOY era) and it is not a stretch to assume that the writers wanted to keep Roddenberry's spirit by extrapolating from the previous encounters with other Q: Since all previous "proper" Q (again, not counting Amanda Rogers) were called alike and their species was referred to as "The Q" (plural) and "The Q continuum" in "Deja Q", calling the next member of the continuum also Q (the one that was later called Quinn, after becoming human) seems like a nod to the Roddenberry era. But this is again speculation on my side. 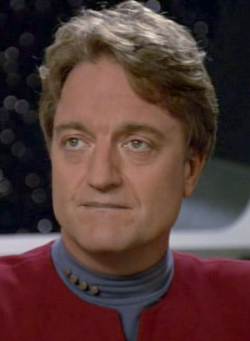 A different interpretation for calling the Quinn-Q also Q (initially) might have been a way to have the Voyager crew immediately recognise the situation they were in. This was Janeway's very first encounter with a Q and she was only familiar with Picard's log entries. This seems to be a rather convenient (and time saving) way to communicate to the audience who that person was and what was to be expected.

After the Quinn-Q, they pretty much established that all Q share the same name and stuck with it for future encounters with other Q (like DeLancie-Q's wife, Junior Q, etc.).

If we consider the in-universe aspects, you could assume the Q continuum to be so intrinsically dependant on each individual Q (as portrayed in Death Wish) that albeit still being individuals, the name Q merely refers to being part of the collection rather than being a personal name. This would be consistent with the Q civil war erupting after and because of removing one single Q from the continuum.

While I can't really say why all of them have the given name "Q" (besides speculation like the comments on the question (personally, I like the pronunciation one. Kind of like Zathras...)), many of them have chosen names other than Q:

Other than them, Q, Q and the female Q seem to be the only ones identified as "Q" onscreen. Q (Colonel) didn't appear to be addressed by name at all, and Q (Judge) was referred to as "Your Honor".

It's possible that the language of the Q is subtle enough that each Q has a different name, but to our human ears they all sound the same. What if the difference is something up in the 30KHz range, leaving the human-audible syllable 'Q' as a sort of carrier? What if every 'word' in the Q language just sounds like 'Q' to us? The universal translator wouldn't be in play, (the trial en route to Farpoint isn't actually on the Enterprise), so Q is actually speaking English, translating everything but Q proper nouns (his name and that of the Continuum) into English.

Philosophically one can dispute whether omniscient omnipotent beings can be considered separate. If they all know the same thing (everything) and can do anything, having done everything, what is it that distinguishes them?

To our mortal minds this is part of the mystery of the Q. Aren't they in fact all the same? Even when Quinn presents his own philosophical argument, that the Q are not in fact omnipotent, it is only in reference back to their sameness. The Q have lost the ability to change and the capacity to grow. Under such radical sameness, isn't it truly catastrophic, as Q says, to consider the potential consequences of Quinn's suicide? Wouldn't it mean chaos and disruption for all Q?

It remains an open question whether omnipotence and omniscience are mutually compatible at all. So any species that approaches omniscient omnipotence like the Q will always have this "Quinn Faction" that disrupts the social order (i.e. radical sameness) by vehemently clinging to the fact that they are not actually omnipotent.

This is from memory, but According to the Spock vs Q CD audiodrama, Q's name is about 2 light years long. I don't think they have time to pronounce the entire thing, even in an a two-parter episode.

50
Why do the Borg have such a hard time understanding individuality?
42
Why was life support so time-critical in Star Trek ships?
10
Are the Q inherently four-dimensional?
9
Why do the Borg have physical computer interfaces?
1
Why are TNG's initial airdates in UK 2-4 years after USA initial airdates?
4
What's wrong with production numbers for ST:VOY 4x14 and 4x15
5
Why did V'Ger think that was its name?
20
Why are downloads destructive in the Star Trek universe?
4
Why use a Combadge to locate someone?
15
Is there an in-universe explanation for why so many alien planets have names from human mythology?