What material is Doomsday's containment suit made of? 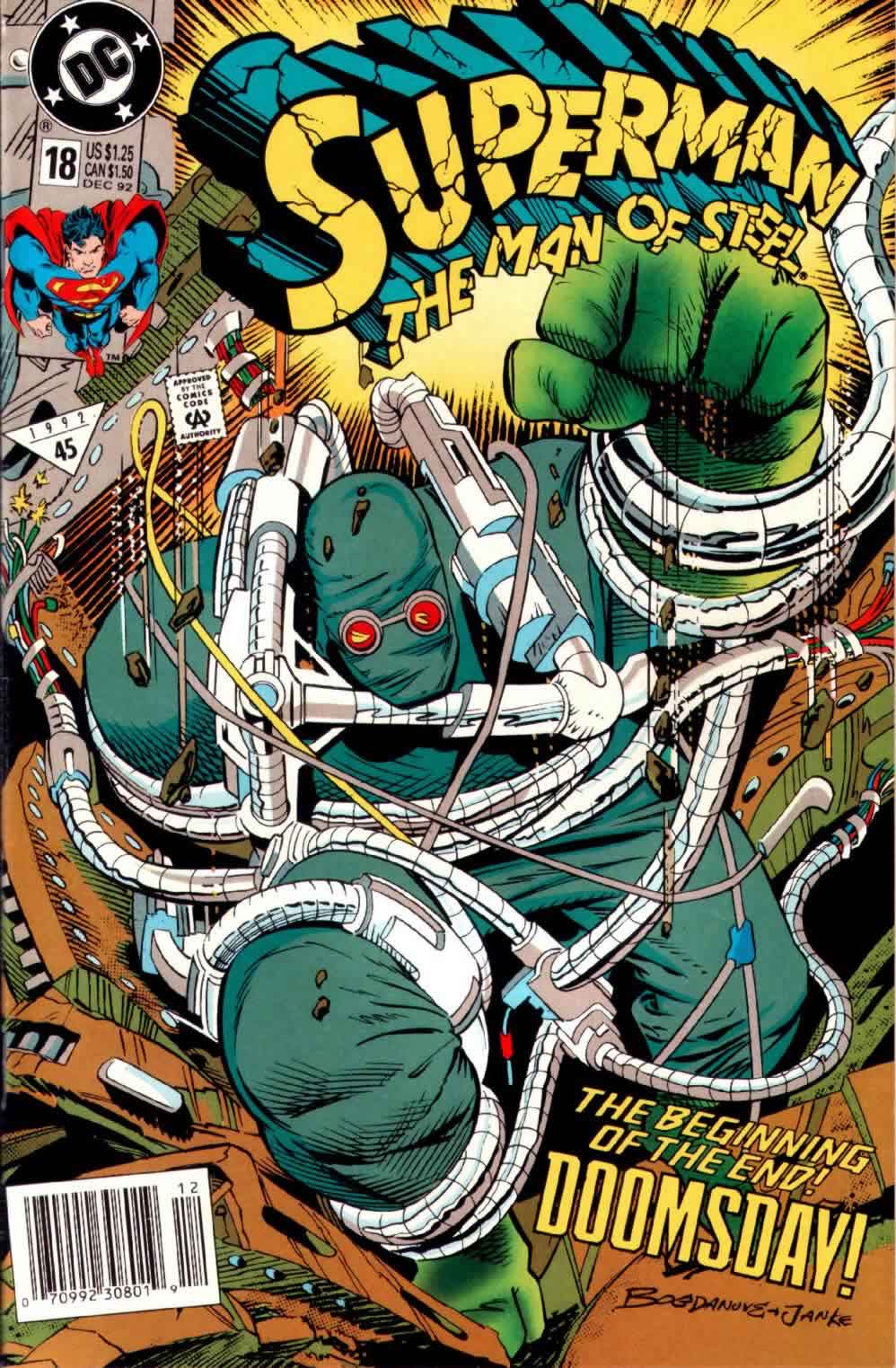 Superman: The Man of Steel #18 cover

Since then, the Containment Doomsday has made his appearance in several Superman and Justice League comics and also in the Injustice: Gods Among us game and most recently in the 2018's The Death of Superman movie.

In all the things I've encountered, I couldn't find details about the containment suit.

Is there any mention (in the comics, movies or otherwise etc.) about the material composition of Doomsday's containment suit? Like what is it made of, its durability etc.?

According to the monster's origin story in Superman/Doomsday: Hunter/Prey, issue 2, the suit was not designed to contain Doomsday. It was actually just a burial garment in which he was clothed after being "killed" by the Calatonians' energy being, the Radiant. The Calatonians were apparently unaware that Doomsday would resurrect itself, and the robes and chains in which its corpse was wrapped were merely symbolic. 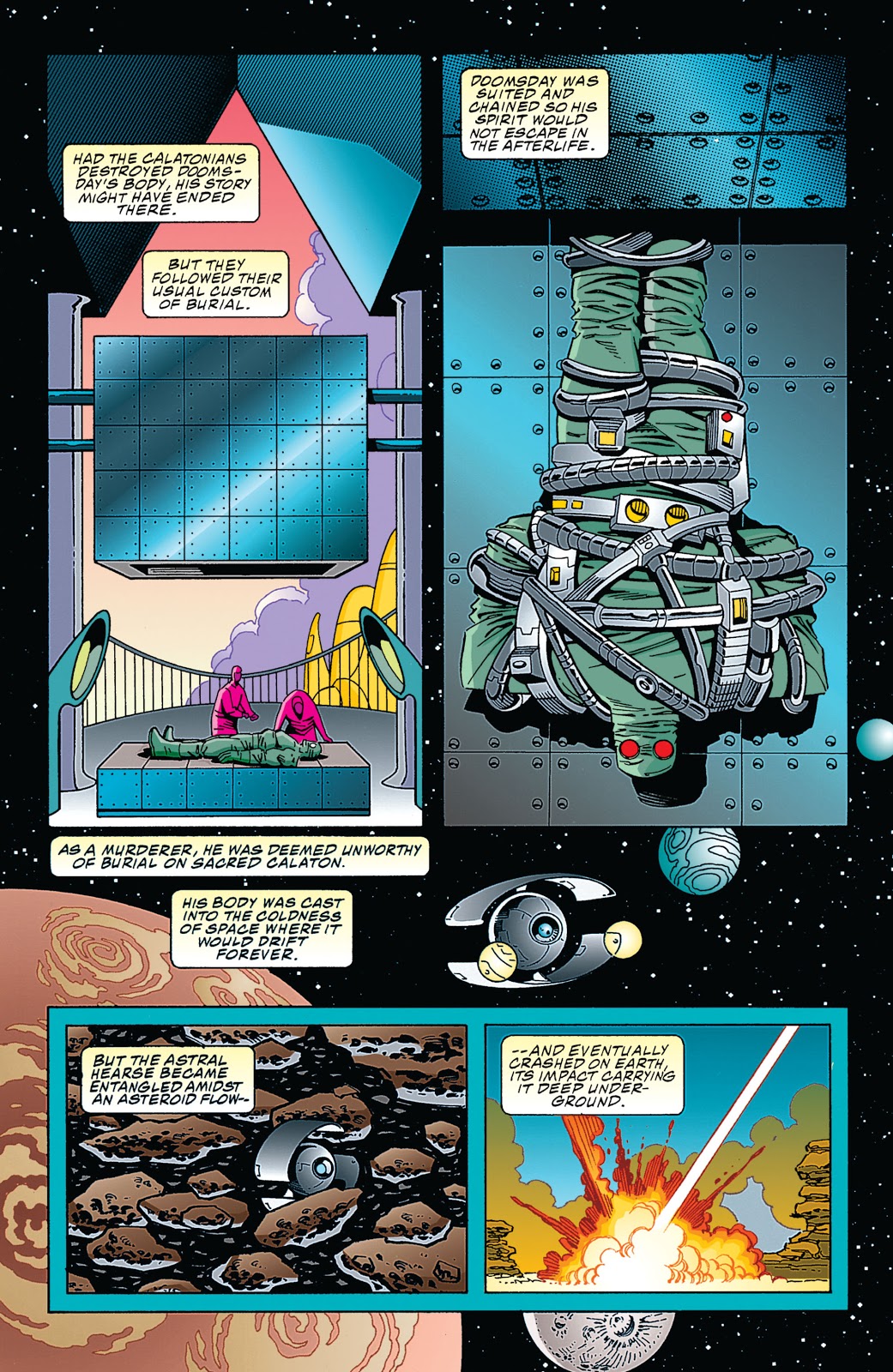 Doomsday was suited and chained so his spirit would not escape in the afterlife.

Presumably, for religious reasons, the garments and bindings were made of sturdy material, but they were probably the same as would have been used to bind the body of any other Calatonian killer.

Not the answer you're looking for? Browse other questions tagged dc doomsday or ask your own question.

11
If Doomsday was so powerful, why couldn't he get out of his restraints?

27
Is Batman's 'relationship' with Wonder Woman comic-book canon?
13
How does Superman get indestructible costume everytime after he loses existing one?
6
What's up with Guy Gardner's Yellow Ring?
11
Has Batman ever been the dictator?
36
Has Superman ever been depicted to smoke and/or consume alcohol?
5
Is Superman more powerful than the Greek gods?
4
Can the Green Lantern ring be used to locate a nearby power battery?
18
Has either Batman's or Superman's identity been accidentally revealed by someone in the comics?