What are the scars on the face of Dryden Voss? 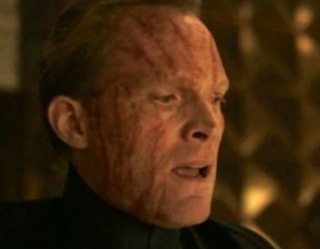 I'm wondering if there is any evidence how he got these scars?

In particular is it possible he got the scars in battle, or from exposure to a particular substance or drug.

It also seems he is under the service of a Sith Lord (if not an apprentice himself) and if so, could this have come as part of an initiation into, or training with, the dark arts.

They are just what his species looks like. Paul Bettany, the actor of Dryden Voss, was asked this on Twitter and the verified Star Wars account has tweeted the following video of Paul's response (transcript of the video bellow; tried to get it accurate but may not be perfect).

Hey Ethan, umm, well they're not actually, err, scars. They, I think they are, err, just his species. I think that, umm, the other members of his species will have the same markings that flush, err, red when, when, umm, when he, they get furious. 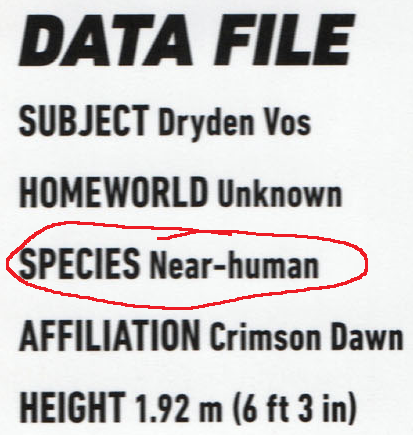 No further specifics are offered. 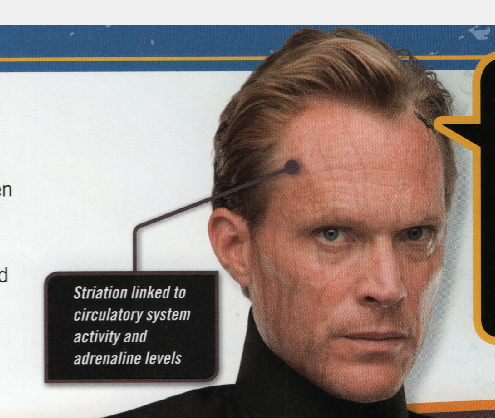 2
What species is Dryden Voss?

10
What was the reasoning behind this action in Solo: A Star Wars Story?
11
What do we know about the future of this character?
5
What was the Marauder’s plan?
10
Are the other Wookiees in the mine Chewbacca's family?
5
How did Dryden Vos collect the relics in his office?
4
What is Han rounding down from to get 12 when talking about the Kessel Run?
5
Did Solo ever face any repercussions as a deserter from the Empire?